With a visual style inspired by papercraft, story telling like Dungeons & Dragons and XCOM-like combat options the new tactical RPG Wildermyth is out in Early Access on Steam. Note: Key provided by the developer.

A character-driven, procedurally generated RPG where each play-through will give you new characters and events. With a story told through comic-styled ripped-up paper scraps, giving you a sort-of choose your own adventure choice style it certainly gives a great first impression.

Apart from Fort Triumph, it's honestly been a while since I was truly excited for another game full of turn-based tactical battles. There's a lot of games with such a system, but not many truly attempt to do things differently. So far though, Wildermyth has managed to suck me in and it feels like it's worth my attention. Incredibly stylish, great story-telling and the battles are a real treat. It's instantly likable and enjoyable.

The character classes you get are fun and each feel properly unique too. My Archer can use a special skill to invisibly move a few tiles to then launch a surprise attack and my Mystic can infuse themselves with inanimate objects like a chair to gain extra skills, to then explode it at enemies or chain enemies to it. While there's only three main classes with the Archer, Warrior and Mystic the way you build each of them allows for quite a big variety in their battle style and skill-sets and you seem to be given a few different choices each time. Enemies too are interesting, they grow stronger over time and with battles and gain new abilities so the combat keeps getting more challenging. 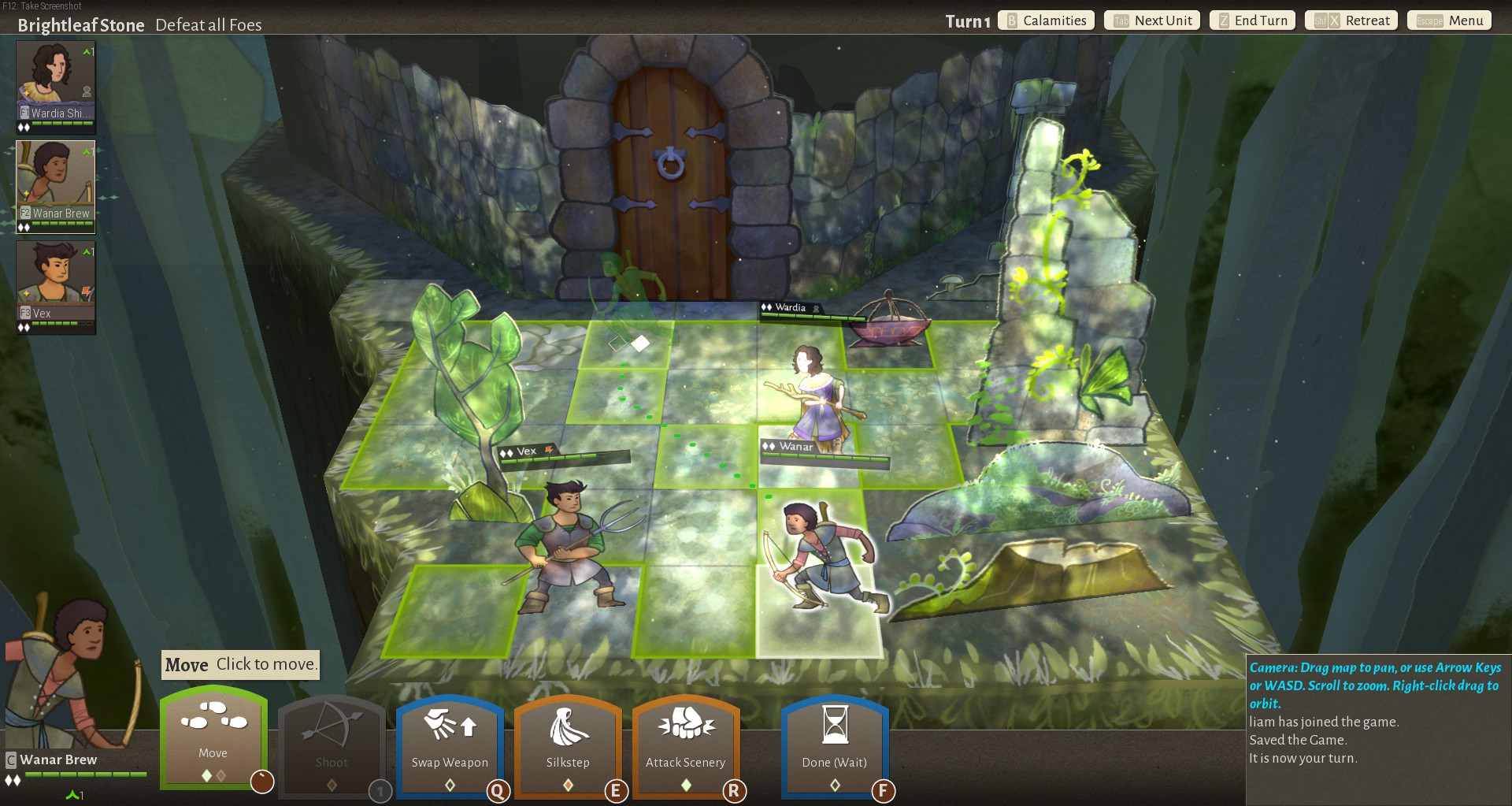 Battling isn't just about moving across tiles, picking an ability and then waiting either. Sometimes, it will present you with special choices.

During one battle an enemy ran right past my warriors to get to my Archer, launched their attack and then it hurt them so badly I had to make an uncomfortable decision. Their leg was destroyed so I could either get them to fall back and remain Maimed, die and take the enemy out with them or die while protecting their friends and boost their armour. Tough choices.

I decided to let them pullback, I didn't want to lose them. An interesting choice as it turns out, as they were given a pegleg which then gave them +1 Speed—sweet! 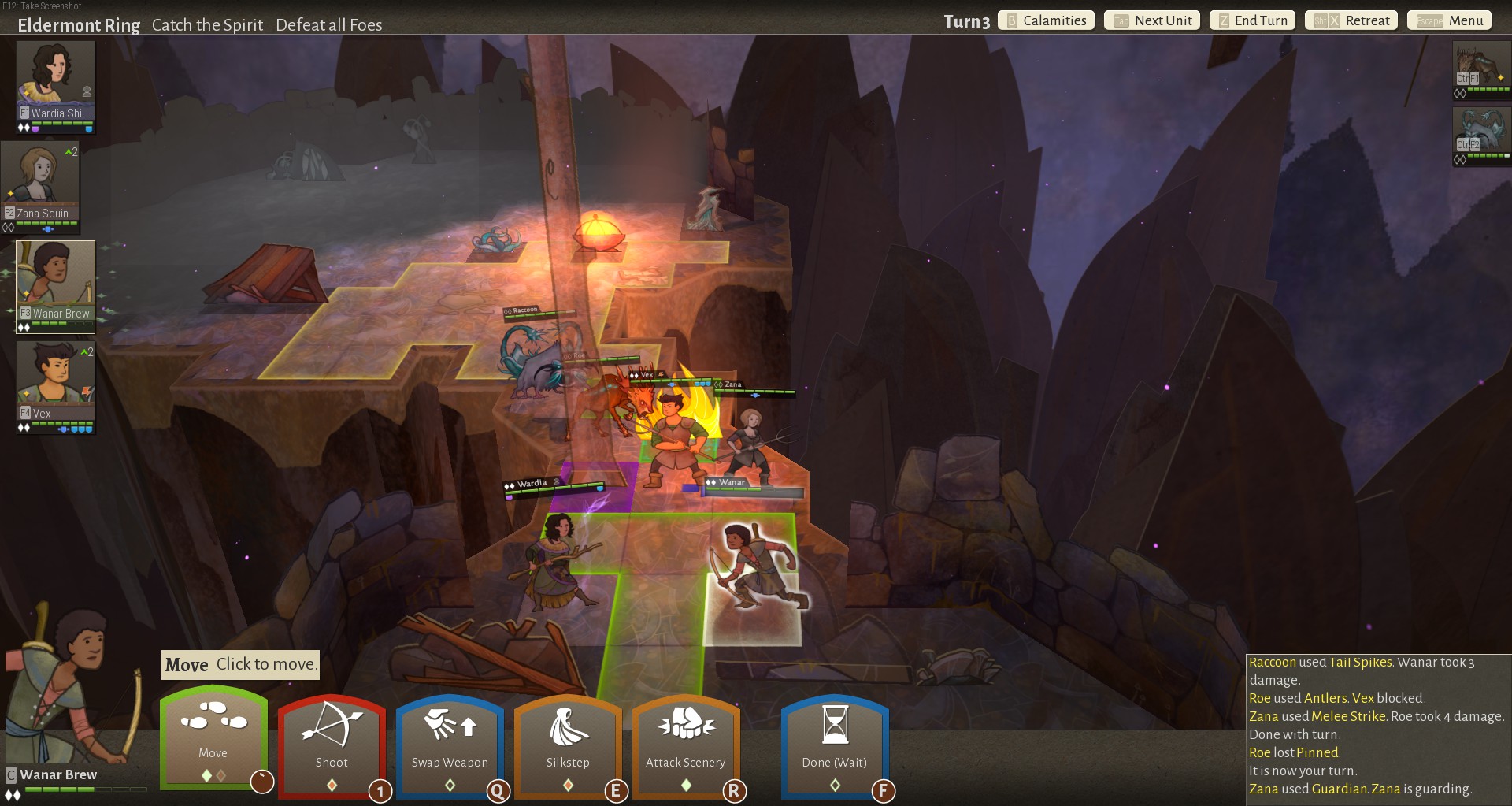 While there's a far amount of battling, you also need to explore the map too. During this time, you also get to do a little party management. Choose who to send where, possibly recruit someone new and more. The way you recruit people is interesting too, as you get to choose what class they will be. However, you can't just grab them right away as they need training, which leaves you another member of your party short while they do that and again you choose who trains them.

You always want to keep them busy too, as over time new issues will come up so you need to have a party ready to handle whatever the game will throw at you. Keeping solo members of your party away from areas you haven't completely cleared is a good idea too, as a party of three or less can be ambushed any time in infested map sections. 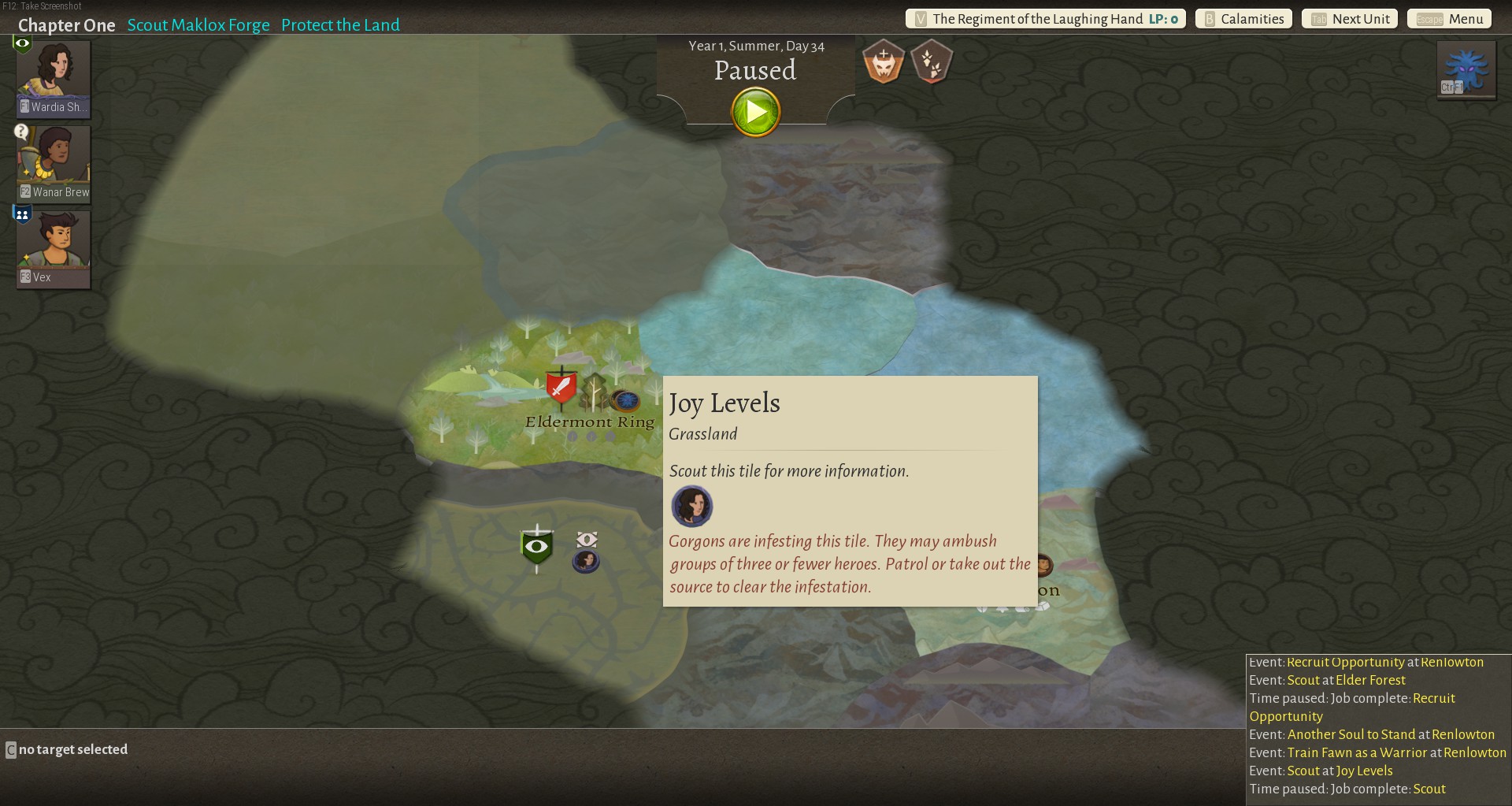 Some of the extra events you go through during some of the story-telling sections are fantastic too. Two of my characters aren't exactly the best of friends, as one of them seems to keep doing things to irritate the other, like accidentally shrinking them before a fight. This part gave me a good laugh, with a curious cat then wanting to turn them into dinner, so they go and hide only to come across a mouse. I then have to make a tough choice again, do I fight the cat who is now much bigger or leave it to find the mouse? 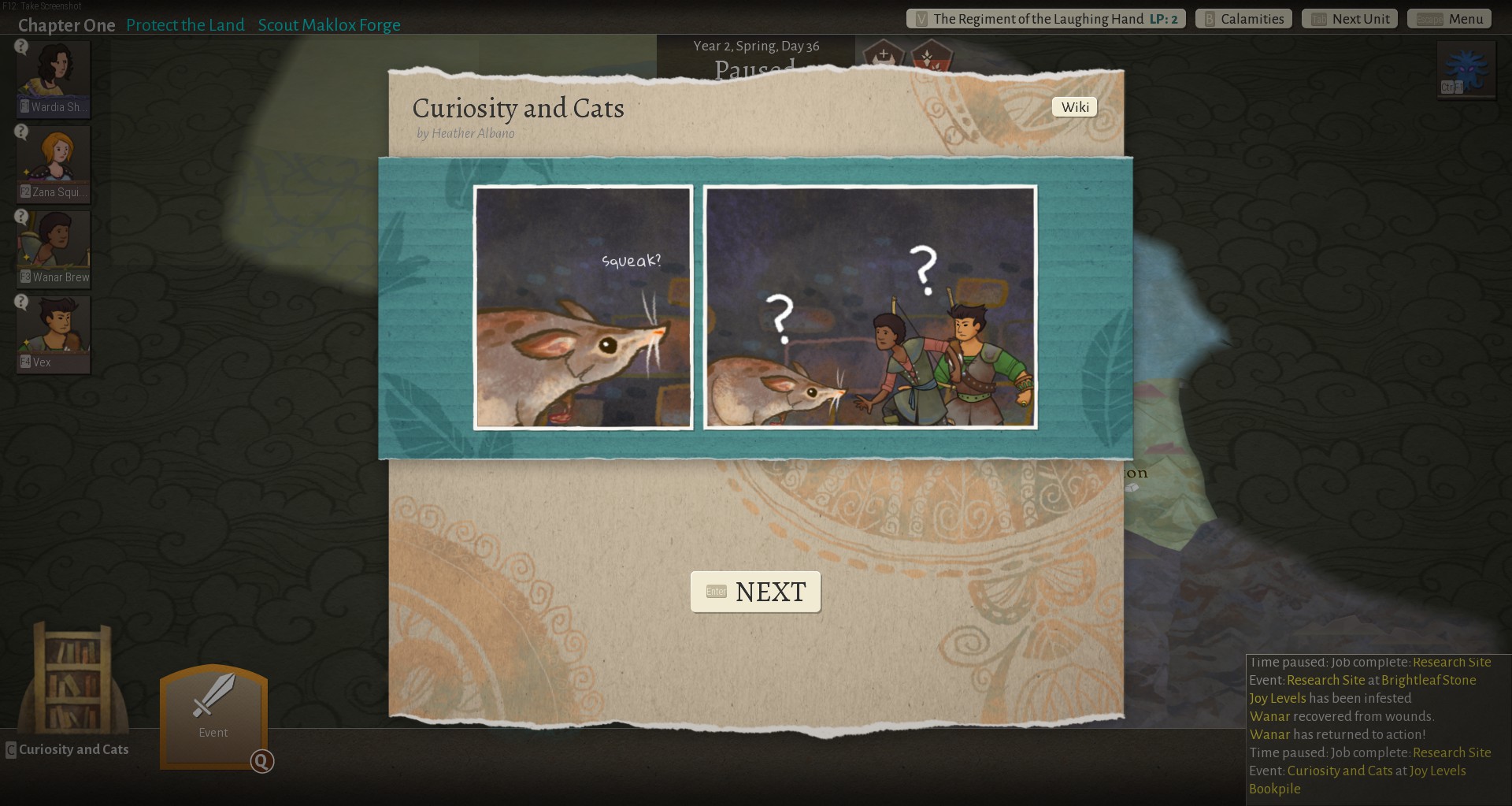 That's another key part of Wildermyth, the character interactions and relationships as they can become friends, fall in love, annoy the hell out of each other and each relationship has different effects inside and outside battles.

Since it's still in development it's not without issues though. Currently, the Linux version does have a problem when in fullscreen with the mouse not working. The developer is already aware from my early testing so hopefully it will be fixed soon. I've also had one single crash to the desktop. Apart from that, it's great. The further I play, the more fascinated with the world I become and I just want more. Anything I've said in this article is just scratching the surface though. If I could spend all day playing this, I would.

Worldwalker Games say they've been developing Wildermyth for five years now, with constant updates planned to flow in while it's in Early Access.

Find it on Steam now in Early Access and itch.io.

View PC info
I got this on itch.io awhile ago, and have really enjoyed playing it. I love the paper cutout style, and the fact that the game is so deep, forcing you to make hard choices about your characters. The developers have created something great here.
1 Likes, Who?

View PC info
This sounds right up my alley. Which, going by my recent track record, means I will hate it. Lol
0 Likes

View PC info
I wish this game on Android too *_*
0 Likes
While you're here, please consider supporting GamingOnLinux on: