By Liam Dawe - 8 November 2016 at 9:50 pm UTC | Views: 9,835
0 A.D. [Official Site] Alpha 21 Ulysses is the latest and greatest open source real time strategy game, and probably one of the most high quality open source games around.

Feast your eye-holes on the trailer for the new version: 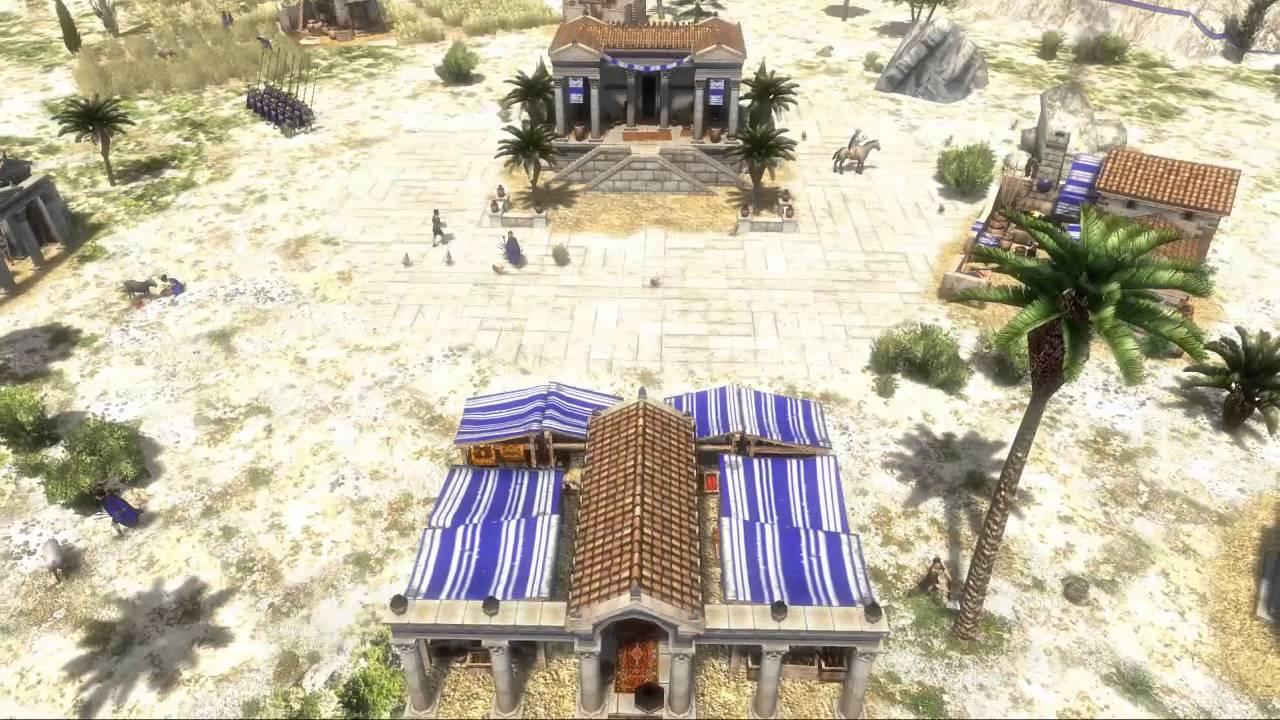 YouTube videos require cookies, you must accept their cookies to view. View cookie preferences.
Accept Cookies & Show   Direct Link
There's tons of new features, here's a quick rundown:
- Herocide/Regicide: You start with a hero and are defeated when he or she dies.
- Wonder Victory: Now you can change the time from when the wonder is built to when you win.
- Last Man Standing: Only one player can win the game. Forge and break alliances as you see fit, until the end.
- New buildings and champions
- Units can be set on Patrol
- New maps
- Building upgrades system
- Lots of new quality models
- See who paused a game in multiplayer
- And tons more!

What they have been able to achieve with this game is quite incredible, even if it may seem like development is going on forever, we have to remember that good games can often take a very long time even for experienced studios. Yet this is being built by volunteers.

It seems the Ubuntu PPA hasn't yet been updated, and I've been told the Arch package is also still out of date at the moment. I imagine these will both be solved shortly.


I can't wait for the build to arrive at the AUR - still I don't feel like compiling it myself. Therfor I did flag the packages as outdated. ;)

So are you folks up for some MP matches any time soon?
1 Likes, Who?

View PC info
They are making all those changes and upgrades, adding usually more features, but they should finish basic gameplay in the first place. Last time I checked, ships were buggy, basic buildings like corrals were not fully implemented, walls were buggy and one could just walk around them. This compound to already low unit variety (I feel like I am massing just those two basic units as Carthage, massing anything else, like mercenaries, is heavily limited by availability of single mercenary barracks). This game feels nothing like AoE.
1 Likes, Who?

View PC info
When was the last time you played the game? They already fixed many bugs in A20.

To me it also plays very different but it could be still kind of fun! If you play 1v1 or 2v2. Those things I'll check out tonight and let you know what of those is fixed.


By the way, did you mean the AI for the ships is broken? That was a known issue.
0 Likes

enz 9 Nov, 2016
0AD has been around for a very long time and I'm not sure if you could call it "one of the most high quality open source games". It was always exceptional in the sense that it had beautiful 3D graphics, usually open source games have a lot of programmers but lack good artists. But 0AD was also always buggy, had incomplete game mechanics and sluggish performance. At least compared to games like MegaGlest, which are actually fun to play.

I would like to see reviews of the newer versions of 0AD by people who actually played the game for a longer time to know if this has changed. I did test it myself in the past and contributed to their crowdfunding campaign but I won't try it again for a while because I was always disappointed when I did and came to the conclusion that they have serious problems with their code base, which will take a longer time and some good programmers to fix.
1 Likes, Who?

View PC info
cRazy: like half a year ago? I am not really speaking about bugs bugs, it seems that those stuff is just not implemented at all. Ad ships, them seems to do nothing. I thought that they would be able to control water somehow. Or I could load ballista or something on it. Nope. They seems to fire single arrow, if you look very carefully, but even single archer is quite capable to go toe-to-toe with ship.

QuoteTo me it also plays very different but it could be still kind of fun! If you play 1v1 or 2v2.

Hey, I am not saying that something can't be fun to anyone! People consider rap or hiphop fun as well, right? So anything is possible.

I am saying that this game is seriously lacking in content. It is everywhere advertised as ultrarealistic variation on AoE, but it not only does NOT play like AoE, it is seriously lacking on realistic feeling (in the sense of gameplay) as well. If the best strategy that I came with is spamming basic archer, basic spearman and female workers and I don't even have that much more units to spam (and when I do, they dont seems to fight or have land effect that much different), something smells.

In AoE, you had very good balance of units. Like 8 units that you would most likely build to hard counter enemy 8 units. Plus, you didn't spam just basic swordman, but you upgraded your swordman with power and look, something that is seriously missing. It seems that walls and enclosing your city does not matter that much as well and so on...


Hey, if it suits you, good for you. But when I sometimes whine about lack of good RTS on linux (and good RTS in general) and you suggest 0AD, you must accept that I will not be nice towards it;)


Last edited by Colombo on 9 November 2016 at 8:47 am UTC
0 Likes
SirBaskomWelford 9 Nov, 2016
Been playing the game since its 16th alpha and 21 possesses a lot of gameplay and graphical improvments. In answer to the question on the ship AI, computer players will attack with boats and offload units. The controls for boats are still a bit finicky (meaning takes a couple extra clicks to get them to go where you want them to, but nothing too bad). Boats will fire more than a single arrow if units are garrisoned into them. 0AD focuses on realism where boats and towers are useless unless you place units in them to do damage. Garrison 10-40 people in a boat to get a machine gun of arrows flying from it. As for catapults, but one in a larger vessel and rock throwing animations will display on screen.

Ally, neutral, enemy settings in game, market and dock trading, researching technologies, resource gathering, training armies based on infantry, cavalry and siege, and wonders all make this game a lot like Age of Empires. Pro tip: you can trade between your own markets without the need for an ally. This can give you resource production similar to a factory in Age of Empires 3.

Macedon, Carthage, Rome, and the Britons are the best teams in my opinion. Avoid Iberia that one has less development than the other 11. (used to be my prefered faction ;-;). Overall for a free game it is well worth playing. Probably the most graphically appealing rts on linux outside planetary annihilation.
0 Likes
While you're here, please consider supporting GamingOnLinux on: