Since Steam has relaxed their content policy lately, Meltys Quest has not only become fully uncensored it also now has a Linux version so you can go about and do the naughty.

Meltys Quest is about the journey our protagonist, Princess Meltys takes to restore her kingdom. Meltys is a girl who has fooled around all her life, not giving a hoot about anything but herself. But one day the Grolido Monster Empire invades her country, destroys her home, and kidnaps her three sisters. With no castle and no one else to call for help, Meltys decides,

The Linux version actually arrived back in September, although we missed it since it's not really the type of game I tend to follow. Only three days before this, the developer put up a patch that removed censoring with no external mods needed so you can see cartoon sex in all it's, uh, glory? It features, you guessed it—sex. A lot of sex too, so much sex I can't believe how many times the word sex will be in this article. 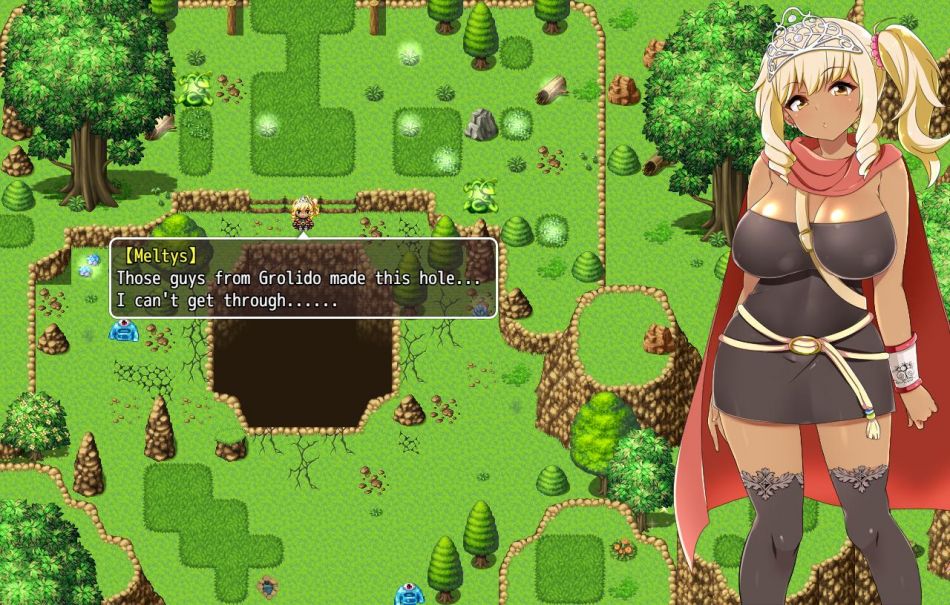 Far too many jokes have entered my head after seeing the above.

Have a look at the official "feature" list to see what I mean:

I'm not quite sure, but I think the game has sex and possibly a plot somewhere. Hilariously, I had a look over some of the user "reviews" and one of them certainly caught my attention with "too much gameplay between the sex".

I'm only covering this as it was emailed in, it's really not my cup.

View PC info
Finally I will have a sex life!

View PC info
So basically Knights of Xentar all over again.
1 Likes, Who?

QuoteI'm only covering this as it was emailed in, it's really not my cup.

View PC info
Can someone make a single game in their library private so no one knows they're playing? Asking for a friend.
33 Likes, Who?

QuoteThe Linux version actually arrived back in September, although we missed it since it's not really the type of game I admit that I follow.

Quoting: PsychojauI'm only covering this as it was emailed in, it's really not my cup.

It might be two certain girls one...
7 Likes, Who?

Breeze 6 Nov, 2018
View PC info
This game makes HuniePop (even with the uncensored patch) look like an E for Everyone game in comparison.
1 Likes, Who?

QuoteI'll have the sex, please.