For those after their next RPG fix, ATOM RPG is certainly going to be an interesting game for you to take notice of. While it's currently in Early Access, the full release is now scheduled for next month.

Inspired by the likes of Fallout, Wasteland, Deus Ex, Baldur's Gate the inspiration is certainly clear. While it's a little rough around the edges, it certainly does show a huge amount of promise. 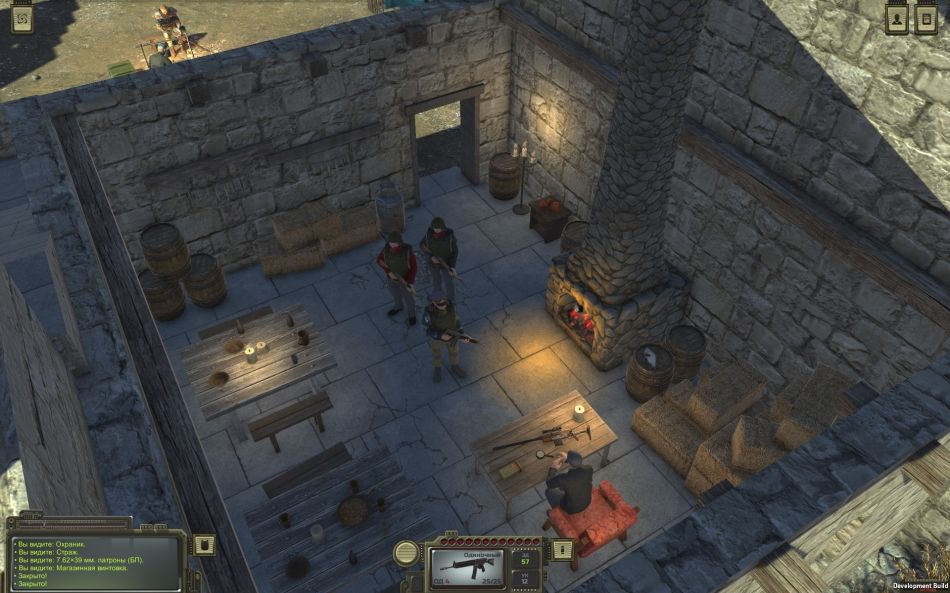 They just released the 0.9 update, which adds in new encounters, new characters with important quests (including around 50 NPCs with 30 quests), the IL-62 (circus) location is now filled out with some crazy people, a new companion, a revamp of timed effects, new items include a night vision system, new AI updates, new visual effects and sounds and more. They still need to finish the translations for this update, but they're getting there.

In a previous article, I noted how I wasn't too keen on the end of each map simply showing the world cut. So you could see through the layers, they've improved that dramatically adding a sort of fog around the map borders which looks a million times better for sure.

Like I've said before, I'm honestly really impressed. It's an ambitious game and every update they do expands it quite a lot. The Linux version has also been running well ever since release, it's another reason why I'm impressed by the developer. Every update has been released on the same day for Linux and they've never broken it (outside of quite minor issues). Linux performance is reasonable, with the second highest setting usually remaining above 60FPS too.

I'm hoping they add the settings menu into the game, having to go back to the main menu to change anything and then load again is a nuisance. Especially for things like keybinds, they're essential to be able to see and change in-game.

View PC info
Any idea how the price will change after release?
0 Likes
Thormack 15 Nov, 2018

Quoting: pageroundAny idea how the price will change after release?

Exactly, is it a good idea to buy it now or wait for release? :)

Or perhaps a sale.
0 Likes

View PC info
This sounds great, I'll propably start playing this after I finish "Pathfinder" then.

edit: i contacted support with an errorlog and they fixed the game within the space of a few hours, awesome devs in my book

reaction from the devs on steam:
Originally posted by LINUX Seven:
thanks for resolving he issue so fast, top notch!!!
Glad to be of help! And thanks for bringing this issue with us. We really want our game to work flawlessly on Linux, since it's a good way to show our support to this great system and the ideals behind it.

awesome devs in my book....

View PC info
The low price really worries me. How polished and how much content can there really be at that price. What worries me is that this will be yet another indie title that leaves us thinking about how it could have been, had more resources been put into the project.

Fakeman_Pretendname 16 Nov, 2018
View PC info
I'd say it's more polished than I expected, and seems a pretty well fleshed out game world - on a par with a shorter Wasteland 2, perhaps - but they seem to be expanding with new locations, characters and quests on each update. Some of the quests/stories/plots etc are excellent, with some great little mysteries and side quests in there.

I've had about 35 hours out of it during its early access so far, which I think is probably from two separate runs, as far as they'd got at the time. I'd say it's kept my attention throughout, in a way that Fallout 3 didn't (and it's certainly less buggy than Fallout 3 or New Vegas). Personally, I'd say it's well worth it. Even if they stopped development now, there's certainly £11 worth of game there.
0 Likes
While you're here, please consider supporting GamingOnLinux on: