While not as popular as it once was, Ballistic Overkill is still a reasonably good online shooter that I've spent a lot of time in. The latest update sounds quite amusing.

If the normal team modes aren't for you, the Juggernaut mode just might be. In this mode, there's a special golden Chainsaw on each map waiting to be grabbed. Once picked up, that player turns into the Juggernaut, a special class with a lot of health. You gain points for the length of time you stay in this mode, however, every other player will know where you are and will try to take you down. 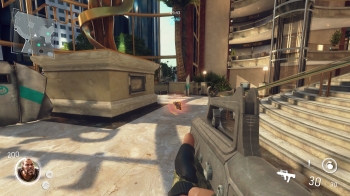 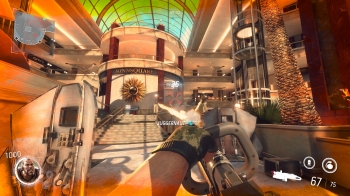 I have to admit, the new mode is really quite amusing. It's a little different to mix things up a bit and add a bit more spice to the game.

Additionally, they've done some performance improvements and an adjustment to character voices to improve game loading time. As expected, it performs really well. It was always a game that had good performance though.

I'm pleased to see development and support ongoing for the game, hopefully they have more planned to keep players coming back. There were times when it would peak above 300 players, but it seems to now struggle to stay around 200 as so many other games have taken over. We don't have a lot of good online FPS games like it on Linux and it does play very differently to games like CS:GO and TF2.

Quoting: PatolaMaybe it should also add a Battle Royale mode?

I jokingly asked them about it, they have no plans.
3 Likes, Who?

View PC info
The game is good. I think they just need to spend some dough on marketing.
0 Likes
Whitewolfe80 12 Dec, 2018

View PC info
The game is good but it needs more players its a baron waste land at times i go on to play
0 Likes
Whitewolfe80 12 Dec, 2018

View PC info
Oh cs community is toxic and most of those guys have been playing cs since day one overkill is a bit more chill there are still some wanna be edgelords but its not bad compared to some.
0 Likes

View PC info
Well, regarding game modes a "Weapons Master" mode (like in i.e. Battlefield / CS:GO) would add some spice to it... or something like "Push"/"Attack & Defend" (like in i.e. Insurgency / Battlefield / Deltaforce Landwarrior (does anyone even still know that?) )...
But I think more important would be to add more and slightly bigger maps to keep it more interesting.. the actual maps are pretty simplee and quickly discovered, so soon you know all the places and that leads to very repetitive gameplay/matches... maybe they should focus a little bit more on that to make the game more attractive long term..
have about 70hours of playtime on it, but in the end it became pretty boring and was just hunting for a few achievements... not something you buy a game like this for... so stopped playing it a few months ago...
0 Likes

View PC info
It looks great, but due to my ISP set data cap I can't play anything like this without offline bots....... No bots no Bux???
0 Likes

Meh... after 11 hours I had enough of it. I'd rather play TF2, but it sure is a shame there's not a great selection of online FPS games on Steam for Linux. Looking forward to the new Insurgency though.
0 Likes

View PC info
I didn't give too much but this mode is really fun hahah
0 Likes
While you're here, please consider supporting GamingOnLinux on: