Valve in it for the 'long haul' with Artifact, first update out and a progression system due soon

Artifact, the big new card game from Valve isn't doing so well but Valve won't be giving up any time soon. The first major update is out, with a progression system due soon.

At release, it had around sixty thousand people playing and that very quickly dropped down hard. Harder than I expected, a lot worse than Valve probably thought it would too. Looking at the stats from SteamDB, it doesn't look good: 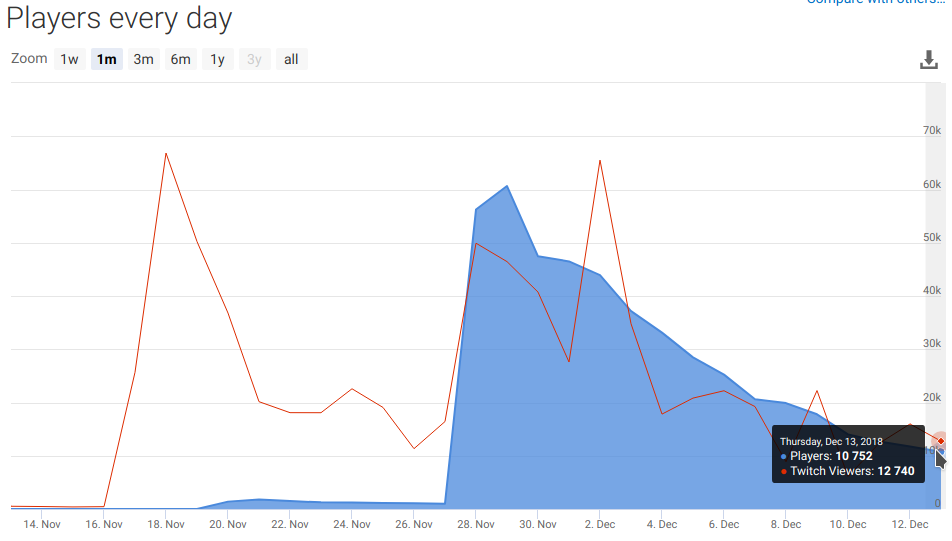 Speaking on Twitter, the Artifact team did state "We're in this for the long haul." when going over some updates and what's in store for the game. They have to say that though of course, anything less and it would worry people even more.

As the first step, they've released a major update already. They've expanded The Call to Arms event with new decks and introduced a random mode, so it picks a deck at random for you. Leaderboards are now implemented for the event too, showing how many wins in a row you've had per-deck which is reset every two weeks.

The tournament system has expanded further, with a new automated Open Tournaments feature. No waiting around, no setup required. You just join it and the system matches you up with others at random and you're all in it. Additionally, there's a new Free-for-All tournament mode, which sees you and others defeat as many opponents as you can over three which is open to user-made tournaments.

You can also now make your cards say voice lines, invite opponents to a Steam Chat, with simple controls to block any of that as well. There's now colour-blind support options, a Bot Challenge Gauntlet mode and a bunch of bug fixes. See all the updates in this update here.

After this, Valve are planning another update they're expecting to go live next week which will introduce "a skill-based progression system".

So far, Valve are supporting it well. However, the biggest issue for players is still the fact that you can only earn cards by spending money. Until they adjust this somehow, I honestly don't think it's going to recover any time soon. Shame, because the gameplay is fantastic. Perhaps this progression system might contain something? We will take a look when that update is out next week.

bgh251f2 14 Dec, 2018
View PC info
Well another issue is the lack of regional pricing that all but locks people from outside US and Europe from the game.

I don't know if it can be changed due to the real money aspects of the game.
0 Likes

Quoting: bgh251f2Well another issue is the lack of regional pricing that all but locks people from outside US and Europe from the game.

I don't know if it can be changed due to the real money aspects of the game.

Regional pricing is not there because otherwise that would be a mess to trade cards in market. At least i think that might be the reason.
1 Likes, Who?

View PC info
I really don't know how they could think this economy model was a good idea for a VIRTUAL cards game.
0 Likes
Zlopez 14 Dec, 2018

It's possible that this will be the turning point for Pay2Win games? If you create a paywall between players that will divide them, it's always bad for players, but this time it looks like it was bad also for developer. This should happen more often with P2W titles.
1 Likes, Who?

Janne 14 Dec, 2018
View PC info
I am interested in the game. I just don't want to be sucked in to some ongoing payment just to continue playing.
0 Likes
kuhpunkt 14 Dec, 2018

What's the difference between a virtual and a physical card game?
0 Likes

mp3 is not physical and is compressed. A vinyl is more rare.
1 Likes, Who?

View PC info
Same.. I was quite excited by the title before the release, but the reviews went out and both the difficulty and the Pay2Win aspects made it so that I wasn't as excited anymore.

I already struggle with Dota 2 which is incredibly hard and, on top of it, you get insulted if you don't play perfectly. It's like a bad drug for me, I don't think I can handle two of them :D
0 Likes

Real Scarcity and property of the bought thing. Virtual cards don't have real scarcity, they are infinite, so price is less organic.

Also they don't deteriorate and you don't really own them. You can't sell them anywhere you want and cant dispose of them in other ways (give them away, borrow them, make a poster with them, etc).
4 Likes, Who?
1/3»
While you're here, please consider supporting GamingOnLinux on: