Dead Cells, the seriously good action-platformer 'RogueVania' had a huge update pushed out recently making it ever more awesome. Now our little break is over, I've sat down with it for a little while longer and came away impressed with the update.

The Custom Game feature is very interesting and by far the biggest feature in the update. This allows you to tweak a lot of different things in the game, to really play it how you want. Choose your starting gear, load the same seed as a friend, unlock all sorts of mutations and so on. They don't give you the keys to the kingdom easily though, you do need to progress a little in the game first to unlock it. As I understand it, you need to defeat a boss named Hand of the King to get access. Not that I've gotten even close to doing so mind you, it's a real challenge.

There's also special doors to unlock, for killing multiple enemies without taking damage. These will reward you with cells, gold and weapons to help with the later levels. Additionally, the timed doors also moved to the in-between levels section. 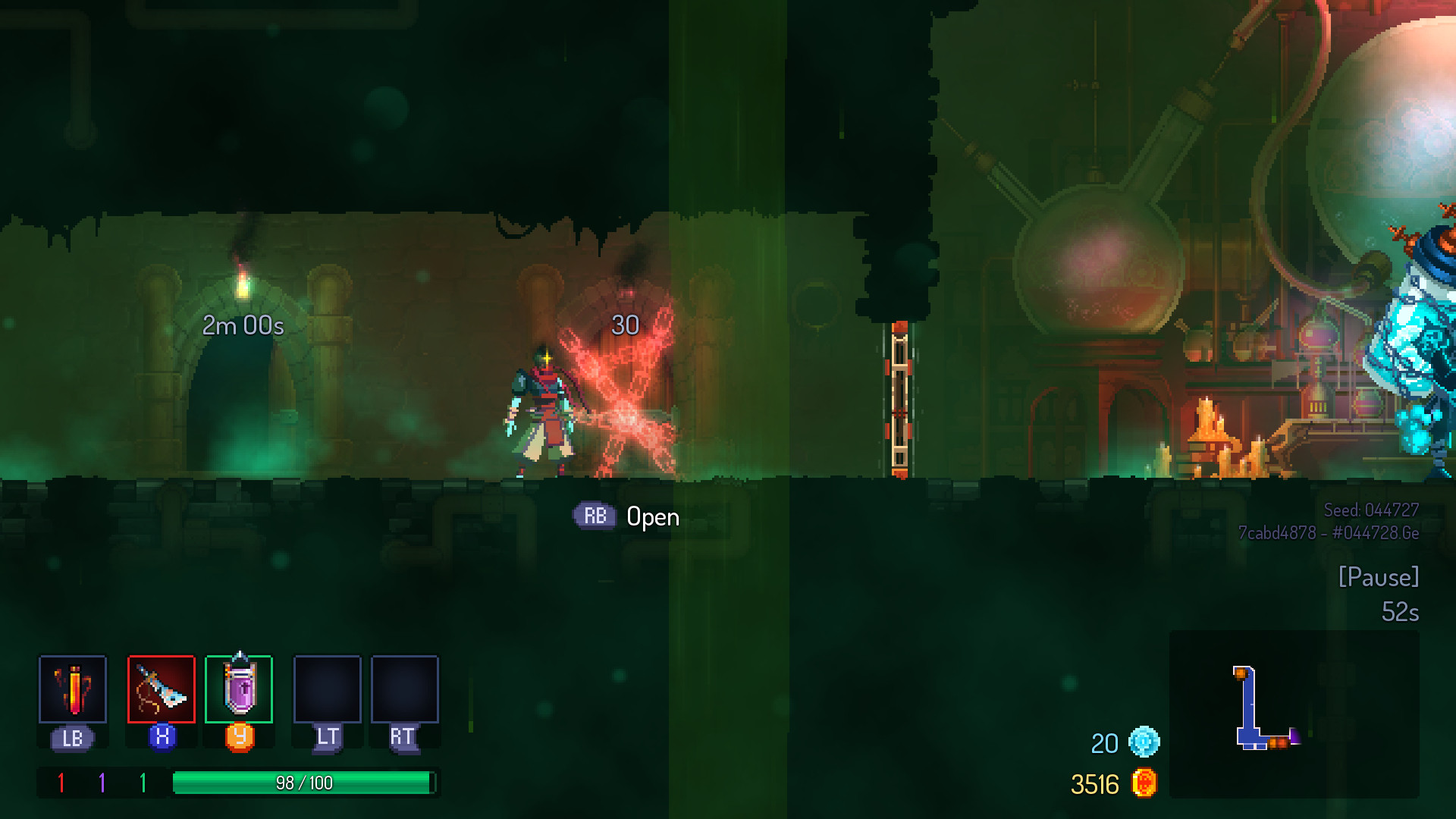 There's plenty of other balance changes, including an increasing in the HP you gain from scrolls found—handy. If you've not played for a while it's definitely worth going back for another few runs.

I will admit, the challenge of defeating even 30 enemies without getting hit to unlock that door has proven difficult. While the enemy behaviours are easy enough to learn, I repeatedly miss-judge what's going on and end up taking a hit when I'm so close. It's going to be a while before I can open that door I think…

For me, it's the unlocking system that I love the most. While I openly admit to being terrible at the game, having the ability to unlock more each time for future runs is a really nice feature. Some of what you can unlock is awesome too, like the Broadsword III which makes your victims emit toxic fumes when slain. 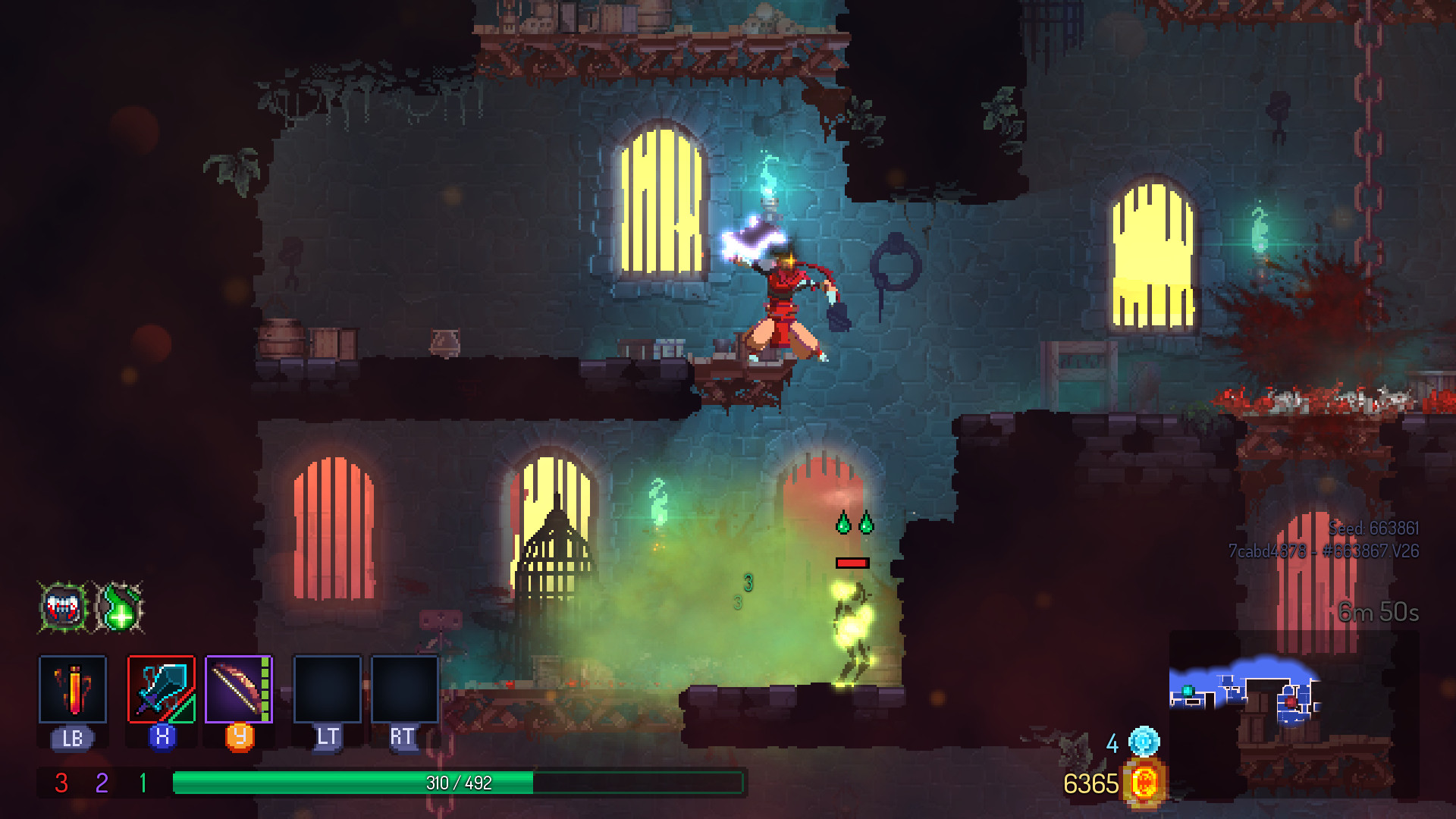 Annoyingly, it still doesn't work natively with the Steam Controller. So you will need to use the nifty SC Controller app to make it detect it as a gamepad.

You can see everything that's new here. You can pick up a copy of Dead Cells on Humble Store, GOG and Steam.

I am the owner of GamingOnLinux. After discovering Linux back in the days of Mandrake in 2003, I constantly came back to check on the progress of Linux until Ubuntu appeared on the scene and it helped me to really love it. You can reach me easily by emailing GamingOnLinux directly.
See more from me
Some you may have missed, popular articles from the last month:
The comments on this article are closed.
5 comments
Swiftpaw 28 Dec, 2018

View PC info
Weird, GOG showed a blue dot indicating it was updated, but it was the same 1.0.2 version. Maybe it's still processing.


Last edited by Swiftpaw on 28 December 2018 at 4:02 pm UTC
0 Likes
naegling23 28 Dec, 2018
FYI, you dont need to install SC controller, just set your steam desktop configuration to generic controller or xbox or whatever, when the steam overlay "crashes" it will default to the desktop layout.
0 Likes

Quoting: naegling23FYI, you dont need to install SC controller, just set your steam desktop configuration to generic controller or xbox or whatever, when the steam overlay "crashes" it will default to the desktop layout.

That's an interesting workaround. Still, they really should fix it.
0 Likes

Quoting: SwiftpawWeird, GOG showed a blue dot indicating it was updated, but it was the same 1.0.2 version. Maybe it's still processing.

Today they added the macOS version. That only leaves Linux to be updated and won't be here until next week.
0 Likes
Swiftpaw 29 Dec, 2018

Quoting: SwiftpawWeird, GOG showed a blue dot indicating it was updated, but it was the same 1.0.2 version. Maybe it's still processing.

Today they added the macOS version. That only leaves Linux to be updated and won't be here until next week.

Annoying that there is such a big lag, but good to know it's coming soon, thanks!
0 Likes
While you're here, please consider supporting GamingOnLinux on: