Kalypso Media sent word today that El Presidente has been delayed, so now Tropico 6 is going to be releasing in March. Specifically, March 29th. 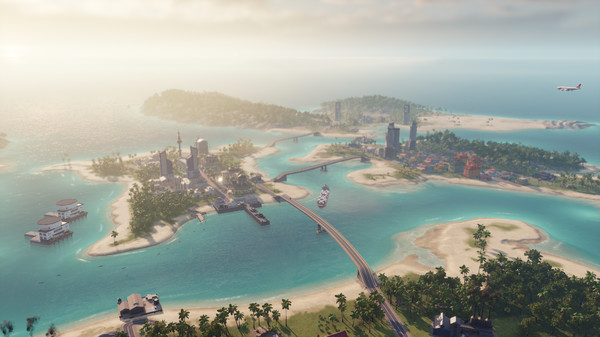 Here's what they told us:

After going through rigorous in-house testing and taking on board all the feedback collected from the closed beta and the wider Tropico community, Tropico 6 is shaping up to be a great game. However, great is not enough when it comes to El Presidente. As always, Kalypso is striving to deliver an outstanding gameplay experience to make Tropico 6 the best in the series to date, and as such has taken the difficult decision to move the release of the PC, MAC and Linux versions to 29th March in order to allow sufficient time to implement as much of the fans’ feedback as possible and work on final balancing and polishing to raise the level of quality expected from this flagship brand to what the Tropico fans and community deserve.

Another interesting move is that their managing director, Simon Hellwig, also wrote an open letter to the community to apologise.

Can't argue with that. Delays happen and when you're doing it as a directly result of feedback from people testing, that's a good sign that they're doing the right thing to make a quality game.

To make up for it, anyone who has pre-ordered it by 7PM CET/6PM UTC on January 10th will get the first DLC for free. That's a nice gesture for those who did already give their money.

As a reminder, at release it will feature:

If you are interested in pre-orders, you can do so on Humble Store and Steam.

I am the owner of GamingOnLinux. After discovering Linux back in the days of Mandrake in 2003, I constantly came back to check on the progress of Linux until Ubuntu appeared on the scene and it helped me to really love it. You can reach me easily by emailing GamingOnLinux directly.
See more from me
Some you may have missed, popular articles from the last month:
The comments on this article are closed.
4 comments
x_wing 8 Jan, 2019

View PC info
I'll probably buy this one. Unfortunately I don't have the time to play it but I think that is time to introduce my brother into Linux gaming :P
0 Likes

View PC info
I may just buy it at launch then. If they won't drop Linux support in the meantime, of course.
0 Likes

Ketil 9 Jan, 2019
View PC info
Preordered it for the DLC
0 Likes
While you're here, please consider supporting GamingOnLinux on: