Arc Savior, another space combat game will be supported on Linux after release

Arc Savior, a new space combat game from developer Squid Monkey Studios is releasing later this month and it looks quite interesting. Turns out the developer is going to support Linux too.

When asked about it on the Steam forum, the developer said "All going well, a Linux build will be available. However, after Windows, Xbox will be next then Linux.". So for those wanting a supported build, there will be a little wait but it is coming. 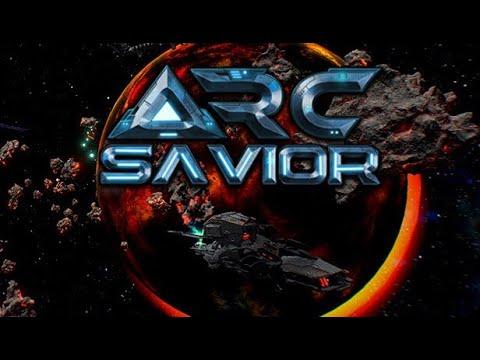 Even with the classic style to it, I have to admit the action looks like it will get pretty intense. As a big space combat fan, I'm very much looking forward to trying it out.

Here's an overview of what it will feature:

Find out more and wishlist on Steam.

But you're doing that in space!
0 Likes

It is really hard to find a decent game these days which doesn't leave the impression that an amateur has developed it in his garage.
0 Likes

It is really hard to find a decent game these days which doesn't leave the impression that an amateur has developed it in his garage.

Completely rude and unnecessary. You haven't even played it, don't be a tool.
2 Likes, Who?

It is really hard to find a decent game these days which doesn't leave the impression that an amateur has developed it in his garage.

Completely rude and unnecessary. You haven't even played it, don't be a tool.

Oh, the admin believes he can define what is rude and which opinion is necessary and which not (probably the one he doesn't agree with). What comes next? Troll insults and censoring?
I still do have an issue with all the trash games if you like it or not and this one is for sure nothing that will even get attention in magazines.
0 Likes

Quoting: aristoriasOh, the admin believes he can define what is rude and which opinion is necessary and which not

Quoting: aristoriasI still do have an issue with all the trash games if you like it or not and this one is for sure nothing that will even get attention in magazines.

Ok, sigh, I'll bite. Off beat, indie games are what we generally get on Linux, save a rare AAA title here and there. They're often quirky, not trashy. One of my favorite games of anything right now is a solo-developed, indie game I play on Proton called "Clone Drone in the Danger Zone." Its graphics look like they're out of the mid-90's, but I could care less. It's a blast. Certainly not one the "magazines" would focus on (and who's read a physical gaming magazine in the last 15 years?).

If big time, AAA coverage is what you're looking for, go choose a different platform and haunt the forums over at PCGamer or Kotaku. <Troll feeding mode off>
2 Likes, Who?

Quoting: PatolaIt's not an AAA with visuals like Star Wars Battlefront II

And that's a great example of the opposite, actually. Despite jaw dropping visuals, I don't find the EA BFII that enjoyable to play. I actually vastly prefer the 2005 BFII, which I think has near perfect gameplay. That, and the modded and updated maps and characters that users create make that game a blast even 14 years later...
3 Likes, Who?

View PC info
I can appreciate the sentiment that Steam is having plenty of less impressive titles these days.

I'll just note that as an old Wing Commander fan, this title appeals to me on many levels. The graphics alone twangs the ol' nostalgia string, and I'm willing to hum along with that tune.

If someone else doesn't feel this game is right for them, hey man, no hate, you do your thing. Play whatever floats your boat. Just try not to be a total whackass about other games, mmkay? There's too much bullshit in this world already, no point adding more.