Mage's Initiation: Reign of the Elements, a new magical point and click adventure is out

A new adventure is waiting for you, this time you're a sixteen-year-old Mage in Mage's Initiation: Reign of the Elements. 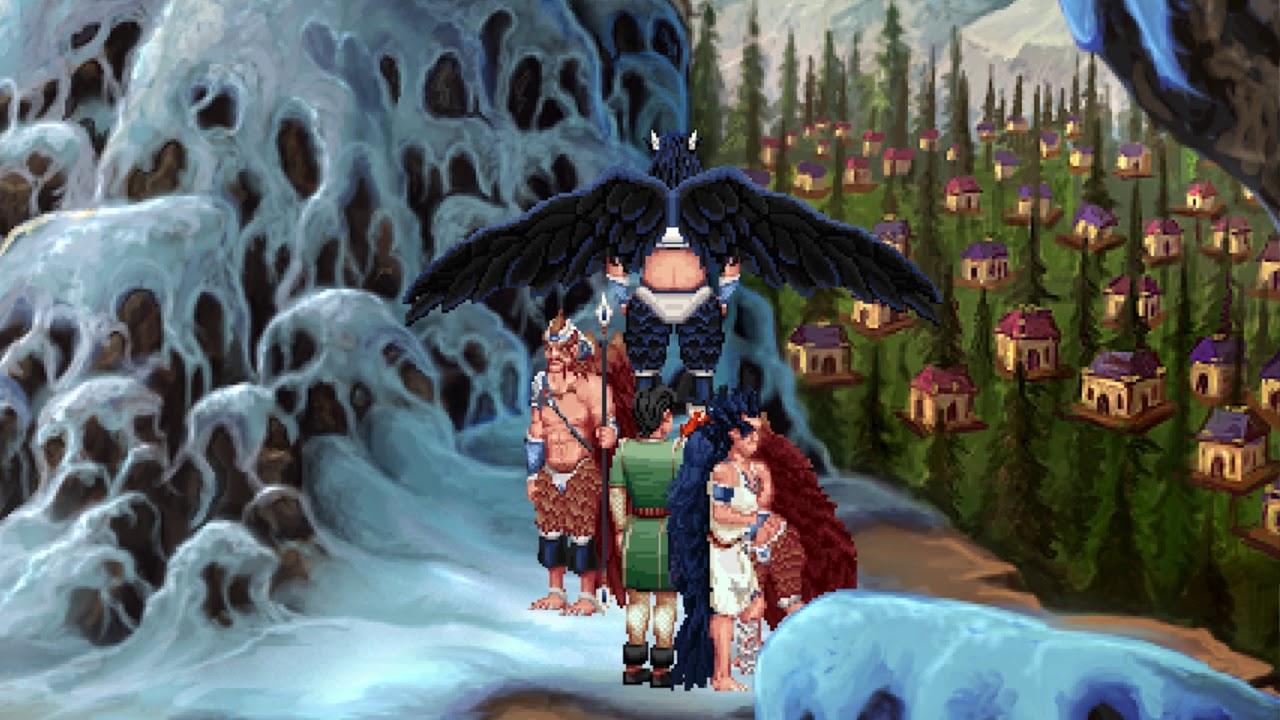 Honestly, I'm really happy to see a small resurgence in the point and click genre like this, with developers taking elements from some of the classics and putting their own spin on it. Nostalgia is a powerful thing, but I often find the classics a little too retro, so being able to jump into a new adventure with a familiar but updated feel is awesome.

That said, the experience at least for me wasn't good at all. It loaded with a resolution stretched across two screens, while displaying on one. So what I actually saw was half a black screen and half of the game—ouch! Honestly, it's 2019 and I really don't understand how this is still an issue for some games. Two monitors isn't that uncommon now. I hardly ever have a good experience with games built with Adventure Game Studio, they need to do better.

You can force it into windowed mode, by editing the config file and setting "windowed=1". However, this is not the config file in the game's main directory. You need to edit the config file of the same name, in your local save folder found in "/home/username/.local/share/ags/Mage's Initiation/acsetup.cfg".

Next problem: serious and unplayable mouse-lag. This I've seen reported across Windows and Linux. I've tried many suggestions, adding various different mouse options directly into the configuration file and nothing solves it. Overall, looks like they need some serious polishing on it before it's properly playable.

That game stretching across 2 monitors issue is yet another reason I use i3. Games launch where I tell them to launch.

The mouse lag issue is a worry given the type of game it is but if it is on all platforms I'm sure it will be fixed soon.

View PC info
This is my type of thing and looks great! Once the issues are solved will be picking it right up. Can't have enough of Quest for Glory kind of games :)
0 Likes

QuoteHonestly, it's 2019 and I really don't understand how this is still an issue for some games.
Next problem: serious and unplayable mouse-lag.


That's due to the fact that AGS still hasn't switched to SDL and is using Allegro windowing toolkit, which is just bad. They seriously need to use something better.

Indeed games made with AGS are always broken. Looks like these developers don’t bother to test their games...
0 Likes

That game stretching across 2 monitors issue is yet another reason I use i3. Games launch where I tell them to launch.

The mouse lag issue is a worry given the type of game it is but if it is on all platforms I'm sure it will be fixed soon.

Honestly I was expecting the avatar.
Also been very curios about I3.
Did you learn by doing or did you find some good tutorials ?
0 Likes

Quoting: PatolaI played lots of adventure (point and click) games in the 80s and 90s, but I can't see a good reason why anyone with a reasonable budget wouldn't make it 3D nowadays, like Black Mirror or _observer^. The retro vibe should be a homage, not an anachronism.

Does it have a good style? Is the gameplay interesting? Those are should be paramount above anything else.

This is a similar argument I'm sure we've had many times, games do not have to be 3D or in any way realistic to be enjoyed. Honestly, some people sound like they really put themselves into a really odd box.

You really, honestly think everyone can just come along and make something like Observer?
1 Likes, Who?
Purple Library Guy 31 Jan, 2019

That game stretching across 2 monitors issue is yet another reason I use i3.

What's i3? I ask because usually stuff with little short acronym-y names like that gets a lot of unrelated stuff when you search.
0 Likes

View PC info
Article updated based on some new info about editing the config file, still completely broken with my mouse and unplayable. If you have a slow and cheap mouse, it may work though.
0 Likes
1/3»
While you're here, please consider supporting GamingOnLinux on: