Valve have pushed out their recent beta updates to the Steam client for everyone now, this does include the option to force Steam Play on shortcuts you've added for games outside of Steam.

As an example, a game GOG recently gave away free added to Steam to run in Steam Play—it's Linux gaming store inception! 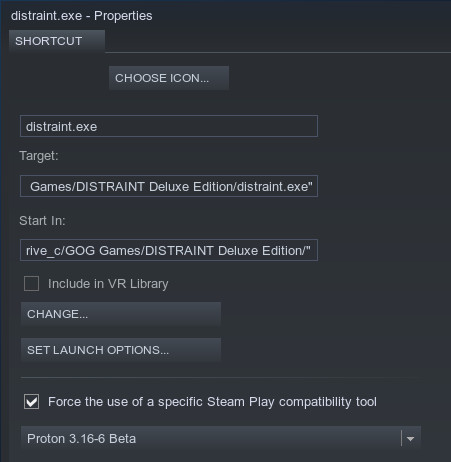 Additionally, this release also includes the addition of gnutls 3 to the Steam Runtime, fixing network connectivity issues in many Steam Play titles

It also fixes a multitude of Linux-specific issues with the Steam client including those pesky zero-byte updates for Steam Play titles, incorrect mouse wheel scrolling offsets, some games weren't properly detected as running, changing settings constantly asking you to restart when not actually needed, there's a fix with host libssl on newer distributions breaking some titles, a crash when purchasing in-game items in Big Picture and so on.

It's really damn good to see much more attention to the little issues being done in the Steam client lately, credit where it's due Valve have been putting in a lot more effort lately and it's showing.

View PC info
Unlike Epic store - this is what I like to see - Valve adding value to their Steam platform for consumer benefit.
44 Likes, Who?
TheRiddick 1 Feb, 2019

View PC info
Yes works well, it would still be nice to have a option to choose to install a Native linux game vs its windows proton counterpart.
4 Likes, Who?

Quoting: TheRiddickYes works well, it would still be nice to have a option to choose to install a Native linux game vs its windows proton counterpart.

True, but for now you can just force Steam Play in it before downloading.
5 Likes, Who?

View PC info
..but Proton last update is from more than one month ago
1 Likes, Who?

View PC info
Neat, I've been using a workaround to accomplish basically the same thing, it's good to see it properly implemented.
4 Likes, Who?

Quoting: ziabice..but Proton last update is from more than one month ago

Unless I'm just unlucky with the games I've tried. Maybe I will try another.

On a positive note, I found that somebody has gone to the effort of integrating gallium-nine into a proton build, which works very nicely on Alan Wake and Borderlands (the two games I've tested so far).
0 Likes

View PC info
I don't understand how you can install a GOG Windows game through Steam. In the screenshot in the article, the game is already installed, and you create a shortcut to run it through Steam. That's OK. But how do you install it, from a GOG installer, using Proton?
3 Likes, Who?
massatt212 1 Feb, 2019

I had a hard time with it too, the paths I picked from the options didn't seem to get added properly and I had to mess around a bit. For the only game I use this way I ended up having to insert wine commands instead of just file paths, so maybe you need to do the same?
E.g. My configuration for Guild Wars 2 is:
Target: wine "/home/username/gw2/drive_c/Program Files/Guild Wars 2/Gw2.exe" -dx9single
Start in: wine "/home/username/gw2/drive_c/" -dx9single

The second parameter in particular doesn't make any sense whatsoever to me, but it works.
0 Likes
1/4»
While you're here, please consider supporting GamingOnLinux on: