The developer of Rogue Fable III, a roguelike aimed at short sessions has confirmed it's coming to Linux.

I must admit, I quite like the simple and accessible style it has. The developer says it "combines the challenge, tactics and strategy of classic roguelikes with a modern interface and graphics". Additionally, it sounds like a good one for those with little time on their hands as a run shouldn't last much more than an hour and it has "a huge variety between runs".

Back in late December, the developer responded to a user request about a Mac version on Steam and they said:

Yes mac and linux versions should be coming soon. From my understanding everything that builds the game should be cross platform so it shouldn't require much effort to do it. I think I just need to get some kind of virtual boxed mac to do the actual build and test process. 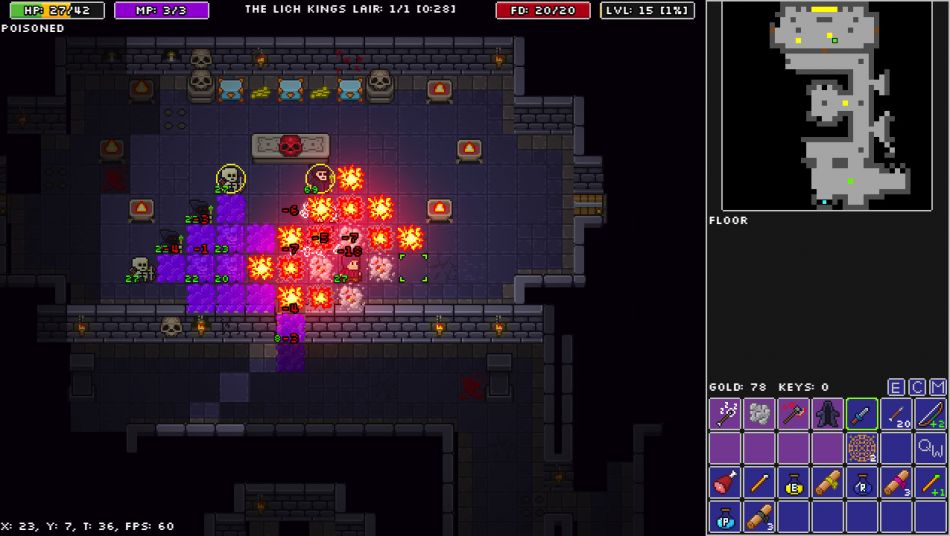 View PC info
A little pet peeve of mine...

This game is an actual rogue-like. The kind I remember. (I actually played the original rogue back in college with our ascii graphics on our whopping fast IBM-PC AT compatibles running at a whopping 8mHz with 512k of Ram and 5 1/4 inch floppy disks.) I also used to play a lot of NetHack (which is still developed today.)

To me it seems that every game calls itself a "rogue-like" just because it has a perma-death mode. To me, this game is a rogue like... not a platformer, but a random map dungeon crawler. No realtime action... You move; then the monsters move.

Rogue-Like is overused far too many times IMHO. How can you call a game a rogue-like when the gameplay is nothing like Rogue? This is a real rogue-like and as such will be placed on my wishlist and eventually bought.
1 Likes, Who?

View PC info
There is a browser version of the game (and its prequels) on Kongregate.
https://www.kongregate.com/games/Justin_wang123/rogue-fable-iii


Last edited by Solitary on 5 February 2019 at 2:13 pm UTC
0 Likes
While you're here, please consider supporting GamingOnLinux on: