After releasing recently, Snakebird Primer had a few issues with the Linux version. They're now mostly fixed and I've had a really great time with it.

It does still have one issue related to the Unity game engine, with NVIDIA GPUs seeing some graphical corruption. It's easy enough to get around and fix can be found here that I wrote about previously.

With that out of the way, Snakebird Primer is meant as a more "casual" (according to the developer) experience compared to the original Snakebird. If you found the original too frustrating, you might have a better time with Snakebird Primer. While it's quite short, some of the puzzles are still a little tricky but it's not too complicated overall. 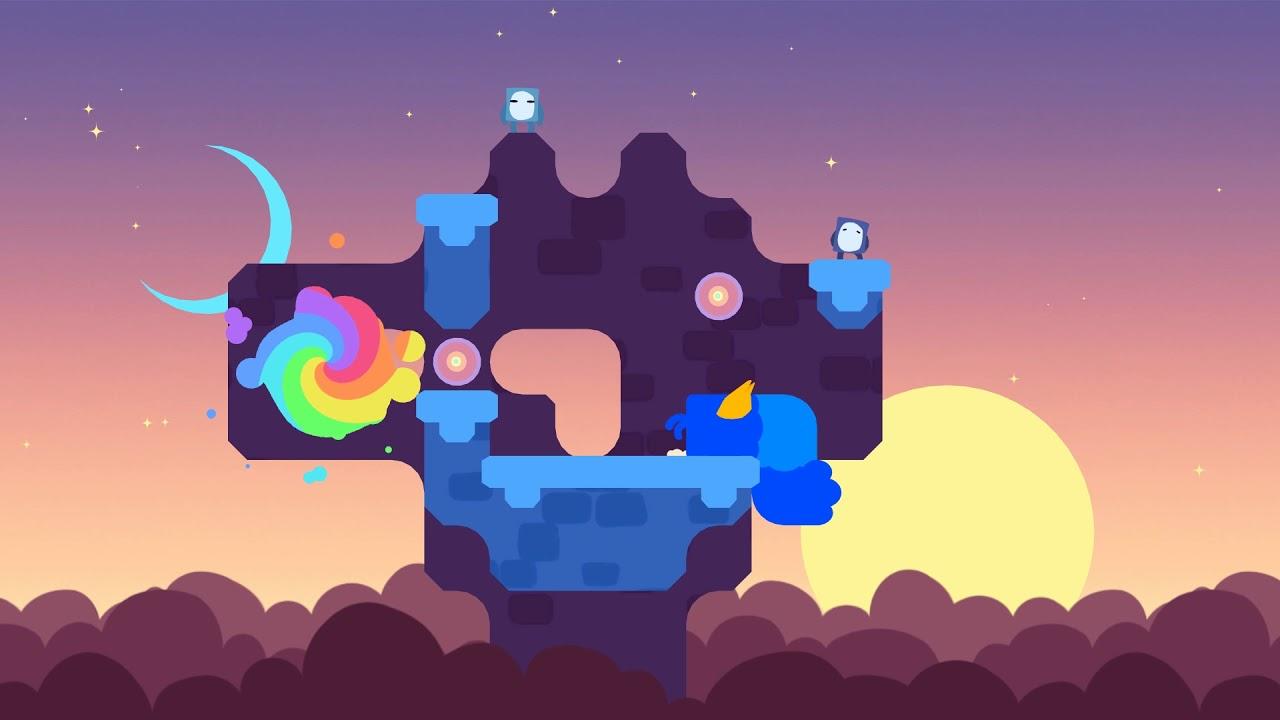 What makes Snakebird Primer so good, is how it does so much with so little. The levels are small, everything you need to solve it is pretty much right in front of you. You just need to get your Snakebird (or Snakebirds as some levels have multiple to control) to the finishing portal. You do this by twisting their body around in all sorts of weird ways, to cling into various platforms so you can extend your body across to reach another or to create an arch to get over something.

It's also slightly amusing. I'm a person of simple tastes, so I appreciated the Snakebird's unimpressed look at me while I tried to figure out a level. It's the little touches too, like how their eyes shoot wide-open when falling or their beaks squashing up against a wall when you've messed up and have nowhere to go. There's quite a few little bits like that I noticed, that made me smile constantly.

What's nice, is that even if you do get stuck, it usually opens up multiple levels each time you complete one. So you can take a break and pick a different level, then hopefully come back with a new solution later on. This likely will happen to you too, it happened to me. I was completely stumped on a particular level and when I found the solution to a later level, I suddenly had one of those eureka moments and breezed through the challenge I was previously stuck on.

Being able to reverse backwards in single moves is simply wonderful too, since this will allow you to study exactly where you went in the wrong direction.

A perfect introduction to the original, which I am now going to play because I enjoyed this so much. A good one for adults and children alike, with the soft style and theme. If it's not clear already, I love it. You can find it on Steam.

Thanks for the game gift flesk!

View PC info
My kids loved the look of Snakebird but after like level 2 it became far too hard for them, so this is perfect!
1 Likes, Who?

Yeah, Snakebird is *way* too hard, so not buying that one.
0 Likes
While you're here, please consider supporting GamingOnLinux on: