Shotgun Farmers is a first-person shooter that's not only good fun, it's also rather innovative with how you collect ammo and weapons.

When you shoot, if you miss and hit the floor, your missed bullets will end up growing new weapons/ammo for anyone luckily enough to run by and grab it. It's such a simple yet genius idea as it works so well! It's also good for a pretty wide audience, since it's quite a colourful and inviting game so both myself and my Son have enjoyed many hours in it.

It just recently left Early Access with a new update to add in another map, a new weapon and if you play 50 matches in the first week since launch you will get a special cosmetic set to wear. That's another point I like about it, no in-game purchases as all cosmetic items are earned just by playing the game. 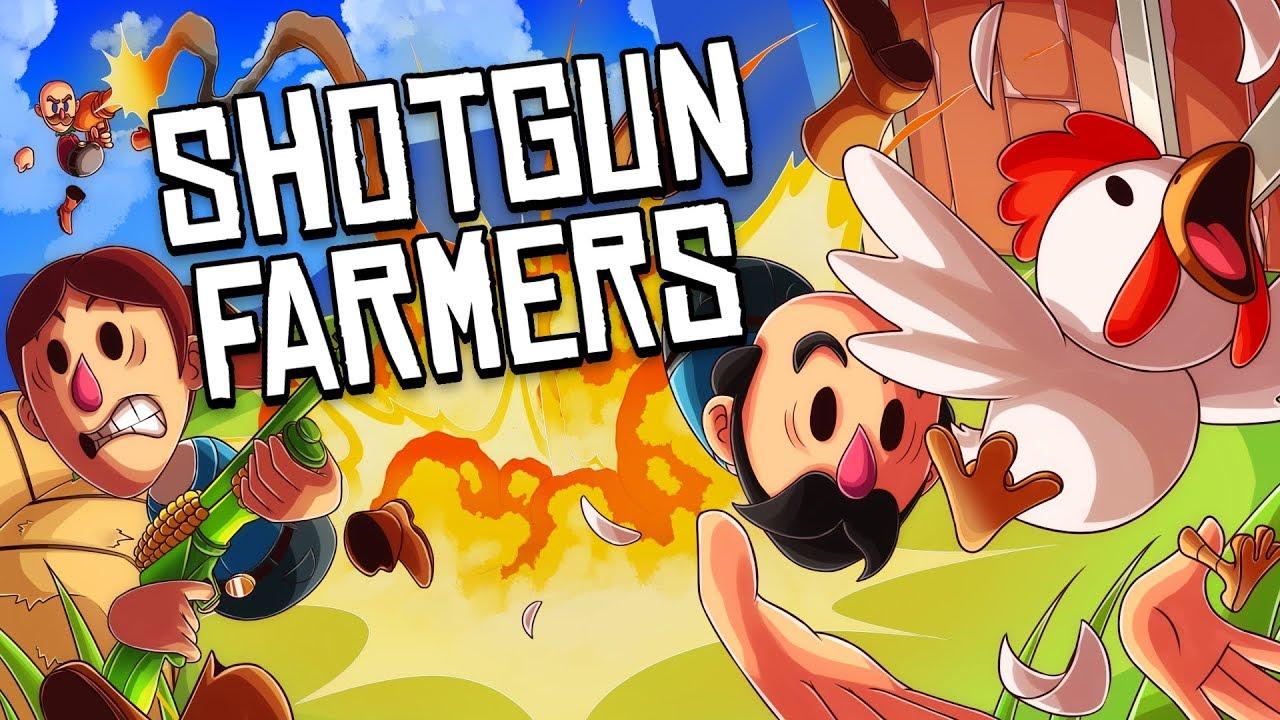 Speaking about the release, the developer said very clearly that they're not finished. They have plenty of plans to release some free post-launch content so it's going to continue to grow.

Sadly, it doesn't have a big following so there's not many people playing it online. The all-time peak is only about 76 people but that's not a big issue in this case as it also has bots. These AI players are actually reasonably decent too so it's still enjoyable. The developer is responsive to feedback too, as they actually expanded the practice mode options at my request.

Annoyingly, the Linux version has no fullscreen support so you do need to play it in a window. Other than that, I don't really have any issues with it.

I am the owner of GamingOnLinux. After discovering Linux back in the days of Mandrake in 2003, I constantly came back to check on the progress of Linux until Ubuntu appeared on the scene and it helped me to really love it. You can reach me easily by emailing GamingOnLinux directly.
See more from me
Some you may have missed, popular articles from the last month:
The comments on this article are closed.
8 comments
Spud13y 11 Mar, 2019

View PC info
You can have the game fullscreen. You just need to add -screen-fullscreen 1 -screen-width X -screen-height Y as your launch option. Apparently it also works with any Unity game, but I've only tried it with this one. The thing I hate the most about the game is that you have to reset the graphics resolution and how your farmer looks. I also had stuttery FPS if you have V-sync on so I would recommend you turn it off.
3 Likes, Who?

Hm, no wonder they are empty, because seriously?
It would be too long, but...some retarded farmers running on pigs who shoot other farmers with plants!?

No, gaming is officially dead.
0 Likes

Quoting: amkHm, no wonder they are empty, because seriously?
It would be too long, but...some retarded farmers running on pigs who shoot other farmers with plants!?

That depends on the subject the sense of humour is supposed to touch. In this case, no, nothing really happens if I try, sorry.

I don't want to be presumptive or anything, but could the empty servers suggest I may not be the only one in this particular case? Just a thought of course.

I probably don't even want to imagine what kind of 'games' are waiting for us in the future after seeing (not only) this. DeusEx - Barbie vs mankind?
0 Likes

Quoting: amkHm, no wonder they are empty, because seriously?
It would be too long, but...some retarded farmers running on pigs who shoot other farmers with plants!?

Clearly you have no sense of humour.

Totally agree with Liam: it's clearly a fun game and I enjoy playing with my son of 13 like a paintball/dodgeball video game. It's fresh, fast and funny. The idea of shooting seeds that can grow to give you fresh full ammo bring new tactic and strategies above the "humour" of the style. That escaping chicken to catch and keep in team is so amusing.

My 2-cents: hypothesis1/ few players because parents leave children to play adult-game (how many children on CSGO, GTA5 & cie?), hypothesis2/ too many "free" to play FPS on windows OS (apex, fortnite & cie) and hypothesis3/ few adults 'cause they believe a true FPS should happen with comic-like-muscles, violence, tuning cars and testosteron?

View PC info
Has bots so i'll buy it. I realized that i can be more forgiven when a bot is dumb than a real person and that helped me reduce my stress playing
1 Likes, Who?
While you're here, please consider supporting GamingOnLinux on: