Fell Seal: Arbiter's Mark, a turn-based tactical RPG from 1C Entertainment and 6 Eyes Studio that's supposed to be like a spiritual successor to Final Fantasy Tactics is getting ready to leave Early Access.

From the press details we've received, the full release is going to be sometime in Spring 2019 and today it's getting a pretty big update "adding a huge amount of optional content to further flesh out its world". They say this update will make the game "nearly feature and content complete, offering up all the missions, classes, gear and optional content planned for release". However, the final encounter and some surprises are being left until the final launch.

They also shared some brand new screenshots with us (click to make bigger): 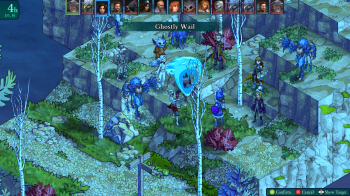 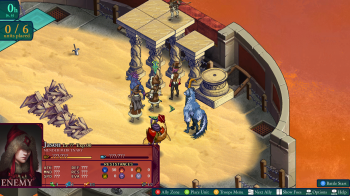 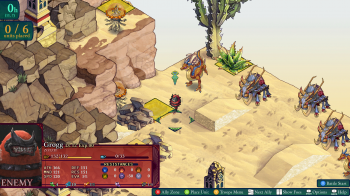 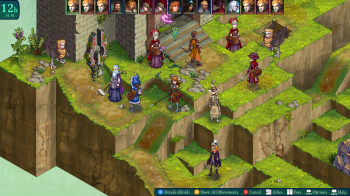 Nice to see another game that was funded on Kickstarter have Linux support in early as promised.

To mark the occasion, they've cut 10% off the price on Steam until Monday. For the full launch, the price will be rising so it's a pretty good deal right now.

I am the owner of GamingOnLinux. After discovering Linux back in the days of Mandrake in 2003, I constantly came back to check on the progress of Linux until Ubuntu appeared on the scene and it helped me to really love it. You can reach me easily by emailing GamingOnLinux directly.
See more from me
Some you may have missed, popular articles from the last month:
The comments on this article are closed.
7 comments
Vishar 15 Mar, 2019

They provide demo for those who wanna try it

Strange thing: demo version up to 0-5-0 work perfect on linux (tested at manjaro, MX linux, and ubuntu) but become unplayable at 0-7-2
1 Likes, Who?

View PC info
I got this game since it launched. I haven't played that much of it, but the isometric graphics are very pretty.
1 Likes, Who?

View PC info
Just installed the demo of 0-7-2 and it works perfectly for me. I don't know when they released this version of the demo but it runs great, now. I'm on Arcolinux (Arch). From my understanding and reading their update on itch.io, they updated the linux client that was having issues running the movie. I ran the demo on a laptop with AMD graphics and a chromebook with Intel graphics chipset and on both systems it ran buttery smooth. Really looking forward to this game. Going to pre-purchase it this weekend while it's still cheap/on sale.

View PC info
Oh, I played the demo a while back. It was fun, was wondering when the real thing would come out.
0 Likes

View PC info
$18 right now and will be $30 on Monday? And it looks wonderful and was already on my wish list? *clicks to buy*
1 Likes, Who?

View PC info
mmmm idk I probably won't pull the trigger when there are 50+ titles on my wish-list that'd probably end up being more entertaining for the ~20 usd.
0 Likes
While you're here, please consider supporting GamingOnLinux on: