Second Earth, a base-building game from the developer of Broforce has a Linux build

Broforce is the game from developer Free Lives that made me fall in love with platformers again, can they do the same for base-building tower defense games? Second Earth could be good when further developed.

To be clear, Second Earth is in the very early stages to the point that they're calling it a prototype. Even so, I've played with it for a little while and the Linux version seems to run pretty well.

If you want to see some gameplay, one of their team took it for a spin live and you can see it on YouTube below. You can skip along to around 7:00 for when the gameplay starts: 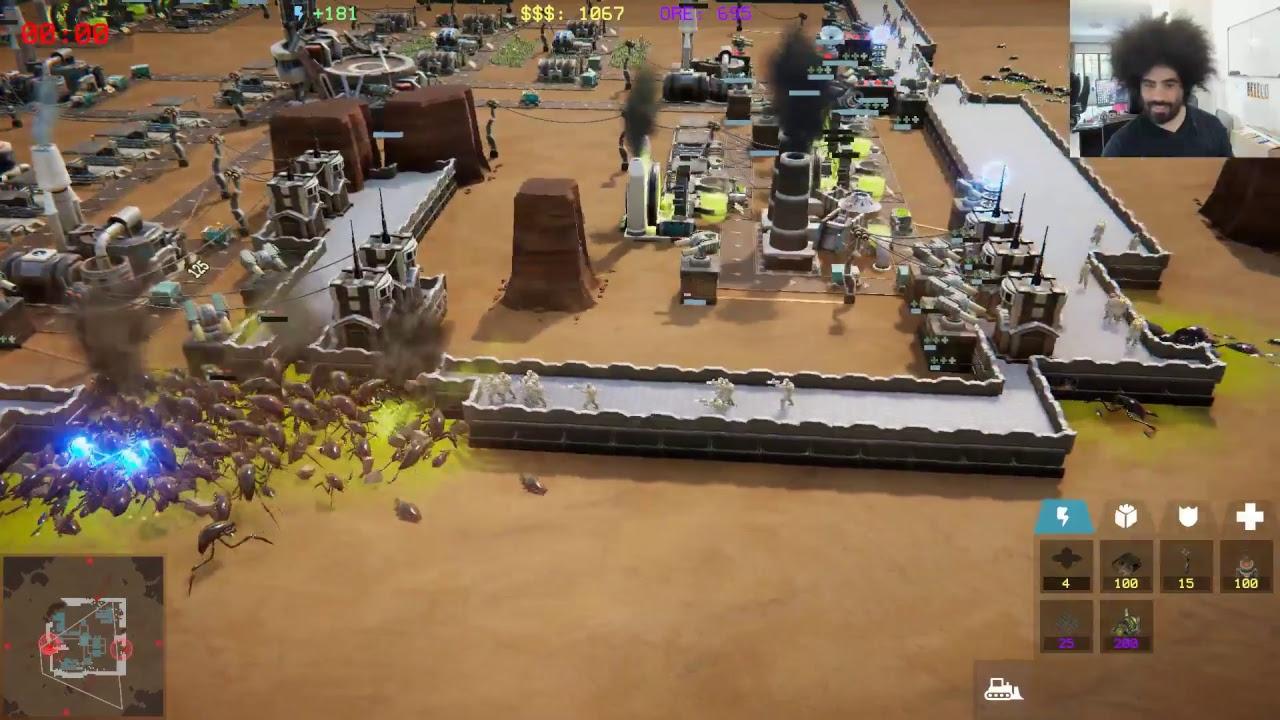 I really love the basic idea they're going with here, I also rather like the Starship Troopers references too.

The way you have to build up your power reserves is really interesting, run out and you're likely to be very quickly overrun. The more power you have in reserve, the faster your turrets will charge and you can also put down buildings to store that extra power, as sandstorms will come along and cover up your solar panels preventing you even generating any.

The latest build, released only a few days ago adds in terraforming too:

Terraforming is a visually powerful theme that we really wanted to explore, and we'd like to add more possibilities to make it more meaningful.

They certainly are going in a very interesting direction with the game, so I shall be following this along with great interest!

One thing I noticed by accident, is pressing TAB brings up a little cheat menu. Pretty handy for playing around with the early builds, so I hope they keep that in for a while.

I am the owner of GamingOnLinux. After discovering Linux back in the days of Mandrake in 2003, I constantly came back to check on the progress of Linux until Ubuntu appeared on the scene and it helped me to really love it. You can reach me easily by emailing GamingOnLinux directly.
See more from me
Some you may have missed, popular articles from the last month:
The comments on this article are closed.
7 comments
theghost 18 Mar, 2019

I can relate to that, I loved Broforce.

View PC info
Looks great! Excited to try this out.
0 Likes
RanceJustice 19 Mar, 2019
View PC info
Broforce was a great title and well supported on Linux too! I've been a fan of well designed tower-defense/builder titles for quite a long time and am looking forward to this on Steam in the near future! Nice preview!
0 Likes

edo 19 Mar, 2019
View PC info
Broforce is awesome, so this is probably awesome too
0 Likes

View PC info
Well we will not be getting They are Billions any time soon so i guess this would be enough ?
0 Likes
While you're here, please consider supporting GamingOnLinux on: