While it's not a personal favourite of mine (I much prefer Dead Cells honestly), it's still a reasonably good game overall. In fact, it's far better than a lot of action/adventure platformers and it does look great. 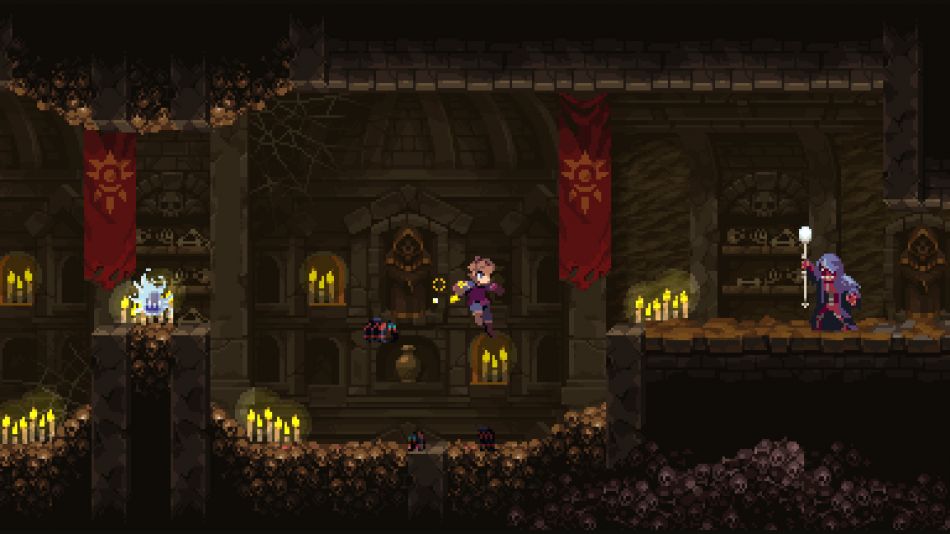 One thing I did find, was how repetitive it became and this latest update seeks to address that adding in over 60 (yes—sixty!) rooms for more path variation for new games, new background graphics to all areas, revised rooms and improved styling, an updated version of FNA, updates to their gamepad database (so more should work better) and bug/balance fixes.

Doesn't seem like it's sold too well, or it least it hasn't hooked people in enough either way to write a user review about it considering there's only just over five hundred on Steam. Quite a striking number really, when it had nearly seven thousand backers on Kickstarter.

You can grab it from Humble Store (DRM Free + Steam Key) and Steam.

Maath 21 Mar, 2019
View PC info
It looks like the primary problems people write are that the procedurally generated layouts do not make for an exciting game, and that the enemies aren't exciting to fight. Perhaps adding so many more room types will help with the former, but it may be nice to hand craft one layout. Maybe new gamers could play that one first, and if they want to replay, the procedurally generated layout can be used.

Still, if the fighting isn't all that great, people will be hard pressed to spend $20 on it.
0 Likes

View PC info
I consider myself somewhat conscientious when it comes to writing Steam reviews. I don't write reviews for the majority of titles I play, but the special few tend to get a decent review. These are usually favourite titles, although there might be times when a game has been so bad that I've reviewed it negatively. Statistically speaking, approx 11 reviews per 200 games played = 5.5%. Noting that Chasm's 500 reviews out of 7000 kickstarters is 7.1%.
0 Likes
While you're here, please consider supporting GamingOnLinux on: