One thing we don't have enough of on Linux, is good platform fighting games and Super Powered Battle Friends is looking pretty good.

Last time I wrote about it, there wasn't an official trailer to properly show it off. The developer reached out to let everyone know they actually now have one so we can get a better idea of how it plays: 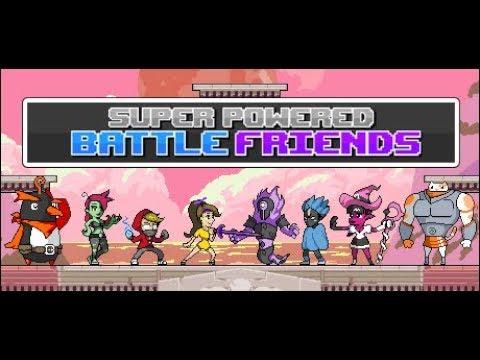 As a reminder, it's being made in Unreal Engine with Vulkan and from what the developer told me recently it's running very nicely on Linux.

It's going to have local multiplayer as well as online play, even if there's no one around on either it will also feature AI bots so it has the best of all worlds.

You can follow it along on itch.io and Steam, it will release as an Early Access title in May. I will take a good look when it's released!

View PC info
Neat! Looks mechanically nice, I have to say characters and music/sfx are a little on the bland side but maybe that will be improving :) I have it wishlisted anyway, nice work! I loved SSB/M.
0 Likes

View PC info
The menu and audio needs an overhaul, I tried Online, but there is no one, I will play it when i have some friends over :) Just by testing myself the controls are pretty nice :)
0 Likes
While you're here, please consider supporting GamingOnLinux on: