Forager from developer HopFrog and publisher Humble Bundle looks like a pretty fun mash-up of different genres, inspired by the likes of Stardew Valley, Terraria & Zelda and it's going to support Linux now too.

The developer originally said it was basically ready to release back in November last year, but due to contracts they needed to get the game ready for consoles to release at the same time as the PC versions. So while polishing it up, they've continued adding content to the game which has included Linux support! You can more info on that here. 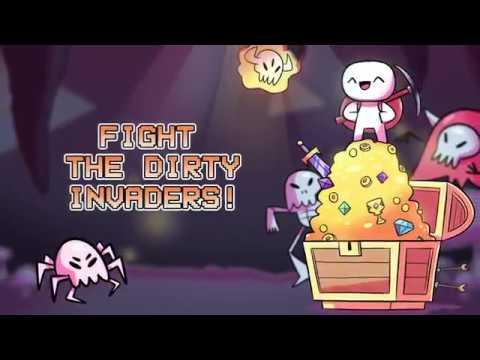 As you can see from the above trailer, it does look really sweet. I love how it really has taken elements from so many different games, put them in a blender and turned it up high. Looks like once you've levelled up and expanded a lot, things could get a little complicated.

The developer has already mentioned plenty more will come after release, thanks to their Patreon future updates and DLC will remain free to everyone. On top of that, since their Patreon campaign has done so well they're also going to be doing a multiplayer version.

At release, it will be available on Humble Store, GOG and Steam.

I am the owner of GamingOnLinux. After discovering Linux back in the days of Mandrake in 2003, I constantly came back to check on the progress of Linux until Ubuntu appeared on the scene and it helped me to really love it. You can reach me easily by emailing GamingOnLinux directly.
See more from me
Some you may have missed, popular articles from the last month:
The comments on this article are closed.
2 comments
QoAaD 2 Apr, 2019
Oooh, multiplayer! I'm always looking for multiplayer games suitable for playing with both my husband and my kiddo!
1 Likes, Who?

View PC info
Hmm. Nice little mish-mash of styles , but it could use a few more pixels :S:
0 Likes
While you're here, please consider supporting GamingOnLinux on: