Flotilla from Blendo Games is a 3D space exploration, trading and combat game originally released in 2010. Just today, it got an update to include Linux support.

Lead your orbital battleships to victory in Flotilla! Fight, trade, and explore new planets in your journey through the galaxy. Discover upgrades and artifacts to install on your fleet ships, and engage in battle with bounty hunters and pirate space-chickens. Featuring tactically rich 3D combat, flank and surprise the enemy from any direction. And when the dust settles, generate another uniquely randomized universe for a brand-spanking new adventure!

It's moved over from XNA to FNA and thanks to that it's been made available for both Linux and Mac. Additionally, it's also seen a release on itch.io on top of the already available Steam release. 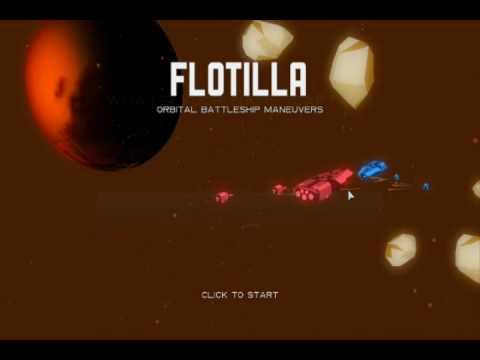 So you can now find Flotilla for Linux on itch.io and Steam.

Additionally, Ethan Lee who is responsible for the FNA project (as well as FAudio and Steam Play work) who helped with the porting of Flotilla, teased on Twitter about more to come with "This also happens to be my first Linux port in over a year, which is _crazy_. I think this and the work I'll be releasing soon will make up for that...". It will be interesting to see what they're up to!

View PC info
Blendo Games is such nice company, supporting Linux with multiple titles. I still remember how big deal it was to me when Atom Zombie Smasher was first available on Linux in one of the Humble Indie Bundles :)
2 Likes, Who?

Quoting: hardpenguinBlendo Games is such nice company, supporting Linux with multiple titles. I still remember how big deal it was to me when Atom Zombie Smasher was first available on Linux in one of the Humble Indie Bundles :)

I really have to play Atom Zombie Smasher again.
0 Likes

View PC info
The turn based tactics system is what makes it special in my eyes. I don't know many games for native Linux with WEGO turn based tactics, where both sides plan their turn, and then watch the combined outcome of it all. I can actually only remember two games... Frozen Synapse and Frozen Cortex, both from Mode 7. Which games am I missing?

niarbeht 18 Apr, 2019
View PC info
Well, I already had this from years ago, so no extra sale from me :(
0 Likes
While you're here, please consider supporting GamingOnLinux on: