Nowhere Prophet, a roguelike deck-building game is releasing with Linux support this Summer

Nowhere Prophet from developer Sharkbomb Studios is making a splash today after teaming up with publisher No More Robots for a big release this Summer.

Nowhere Prophet is a roguelike deck-building game. It is set in a post-apocalyptic world inspired by indian culture and sci-fi literature. In this broken world you lead a desperate band of outcasts in their search for a safe, new home.

It did originally have an Early Access build on itch.io with the full release coming to Steam. The developer confirmed to us on Twitter today that the full release will include Linux support. 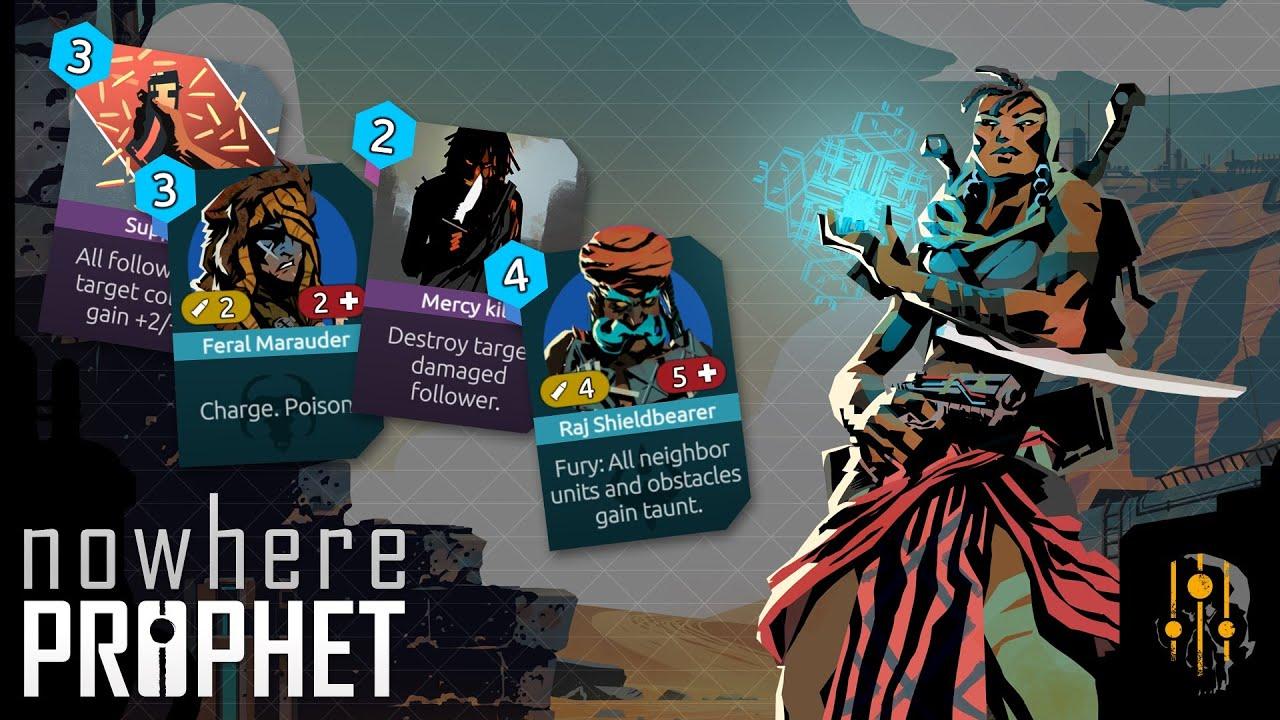 Not one I've personally tested but I remember a few readers emailing it in back in 2017 after enjoying it, so I look forward to getting my hands dirty with this one. I do enjoy a good deck-builder, especially after Slay the Spire I'm itching for more great single-player experiences like this and it does look great.

You can wishlist and follow it on Steam. Also, if you're interested in trying out a Beta version and helping find some bugs, they will be giving people access to it on their Discord channel.

View PC info
I must say that after coming across the 7DRL challenge game Forward last week, the idea of a card-based rogue-like sounds attractive, especially if there is some story to it. But I'm pretty cheap when it comes to rogue-likes since I don't feel an incentive to beat them more than once, so I'll have to see the price point first.
0 Likes

View PC info
Pfff, go play Slay the Spire and then tell me you only beat it once!! :)
1 Likes, Who?

View PC info
As a massive fan of FTL and Slay The Spire, it is good to see this title coming out. Watching with interest, added it to my wishlist already. Compounding scaine's sentiment - Roguelike's like this play differently with every run-through. Owing to RNG, you end up with different encounters, different card decks, not to mention that you might choose a different starting character/group of characters. You also might find multiple endings.

When I started FTL and Slay The Spire, it took me many hours of play, before I was even able to get near the game ending. Certainly, they have been among the best value games I have ever owned.
2 Likes, Who?
While you're here, please consider supporting GamingOnLinux on: