It was only recently I saw someone say that Minecraft was stagnating, well it's smelling pretty fresh today with the massive Village & Pillage update out now.

Mojang said this is the "biggest Minecraft update yet" and when looking over all that's changed, they're probably quite right on that. They even gave this one a fancy special trailer: 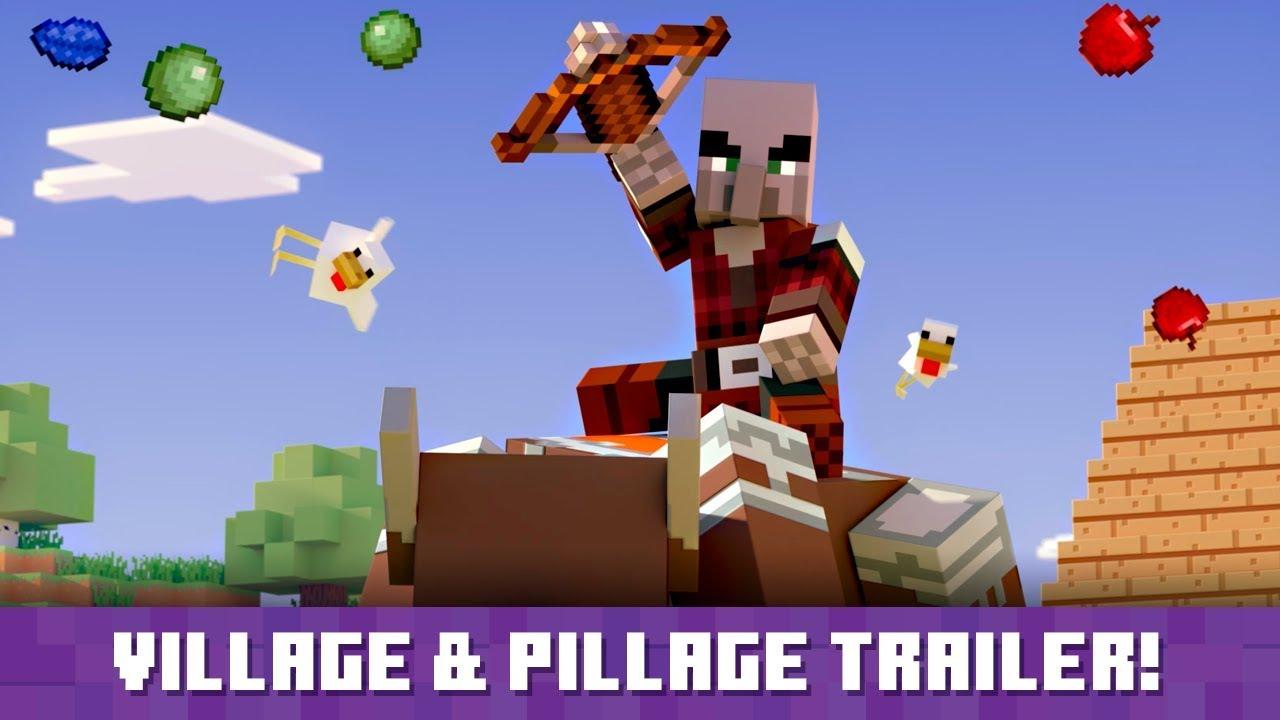 Villages got updated, to have a more unique look based on what biome the village is in. Villagers themselves also changed a bit, with fancier skins and a daily routine they will go through. The biggest changes are probably how the world should be a little more alive—with dangers. You might now come across Illager (evil villagers) patrols, with five of them wandering around looking for trouble. There's also a new type of Illager, the Pillager, who wield a Crossbow and they even have outposts for you to find.

There's also now Bamboo, along with bamboo jungle and bamboo jungle hills biomes to go with it. The Java edition (the one that actually supports Linux) finally has pandas, a mob that has been in the Bedrock Edition since last year! This mob loves bamboo, they can breed and have cubs and the cubs can inherit traits through a special panda inheritance system which sounds fancy. There's also foxes, with red and snowy variants that like to come out at night.

There's plenty of new blocks like a barrel, smoker, blast furnace, cartography table, fletching table, village bell, stonecutter and so on. The textures all got revamped too, although the old textures can still be used if you wish which they've now called "Programmer Art" which is quite amusing.

There's also a new lighting engine, some performance improvements, a wandering trader, new flowers, a ton of new decorative blocks and so on. I really am glossing over just how much has changed! See the full changelog here.

I am the owner of GamingOnLinux. After discovering Linux back in the days of Mandrake in 2003, I constantly came back to check on the progress of Linux until Ubuntu appeared on the scene and it helped me to really love it. You can reach me easily by emailing GamingOnLinux directly.
See more from me
Some you may have missed, popular articles from the last month:
The comments on this article are closed.
11 comments
Page: 1/2»
Swiftpaw 23 Apr, 2019

View PC info
If you're referring to me, I said Minecraft Java is stagnating feature-wise while Minecraft for Windows 10 was having features added to it. That is to be expected given how Microsoft embraces, extends, and extinguishes.

I wish! It's coming along, but still needs a lot of love, including the GUI. Try it on a 4K monitor sometime and you'll quickly learn it has no GUI scaling.

View PC info
This is version 1.14 (important to those running a server and those who do not run "latest" Minecraft client profiles).
1 Likes, Who?

View PC info
Well, Terraria is still lightyears ahead on all fronts (except the 2d/3d of course ;P).
0 Likes

View PC info
Minecraft and "Minecraft: Java edition" both had a release - virtually simultaneously ; 1.11 and 1.14 respectively both containing the village & pillage update. This is great news as the teams are clearly gaining ground in trying to create feature parity between the versions.

As for "Minecraft: Java edition" beeing "the one that actually supports Linux" - it's java.. ¯\_(ツ)_/¯ but you can also run Minecraft on linux with minimal fuss;

View PC info
"Some performance improvements" is not a true statement. I just updated a server from 1.12 to 1.14. Both running on vanilla. And I can confidently say that 1.14 not only requires much more CPU, but it does nothing to improve RAM usage vs 1.12.
0 Likes

Quoting: SwiftpawIf you're referring to me, I said Minecraft Java is stagnating feature-wise while Minecraft for Windows 10 was having features added to it. That is to be expected given how Microsoft embraces, extends, and extinguishes.

Wasn't aimed at you, no.

Quoting: natis1"Some performance improvements" is not a true statement. I just updated a server from 1.12 to 1.14. Both running on vanilla. And I can confidently say that 1.14 not only requires much more CPU, but it does nothing to improve RAM usage vs 1.12.

Their words, not mine and I didn't notice any difference when testing it myself.
0 Likes

Quoting: natis1"Some performance improvements" is not a true statement. I just updated a server from 1.12 to 1.14. Both running on vanilla. And I can confidently say that 1.14 not only requires much more CPU, but it does nothing to improve RAM usage vs 1.12.

I'm pretty sure it's compared to 1.13, not 1.12. 1.13 brought a lot of heavy stuff, some of which they have optimized, and some are due to the new lighting engine. You could easily lag out a server in previous versions by making it recalculate lighting for large areas. Now that's supposedly no longer an issue.
0 Likes
1/2»
While you're here, please consider supporting GamingOnLinux on: