Lord Winklebottom Investigates from UK-based developer Cave Monsters made up of just Charlotte Sutherland sadly failed the first Kickstarter attempt, however it was re-launched and it's now funded.

It’s the 1920s and the world’s foremost detective is about to embark on his most challenging case yet. A mysterious invitation to an isolated island results in a grizzly murder and a race against time to track down the killer. Thankfully, in this world that’s not quite like our own, there’s nobody better to crack the case than the great detective and gentleman giraffe, Lord Winklebottom.

This time around, the funding goal has shrunk from £25K right down to £7K and they now have over £8K secured with around 21 days left to go, as the campaign ends on May 17th. Talking about the lower goal, Sutherland said in an update post to the original funding campaign that they've managed to get some better prices on things like translations so they don't have to sacrifice the quality of the game. 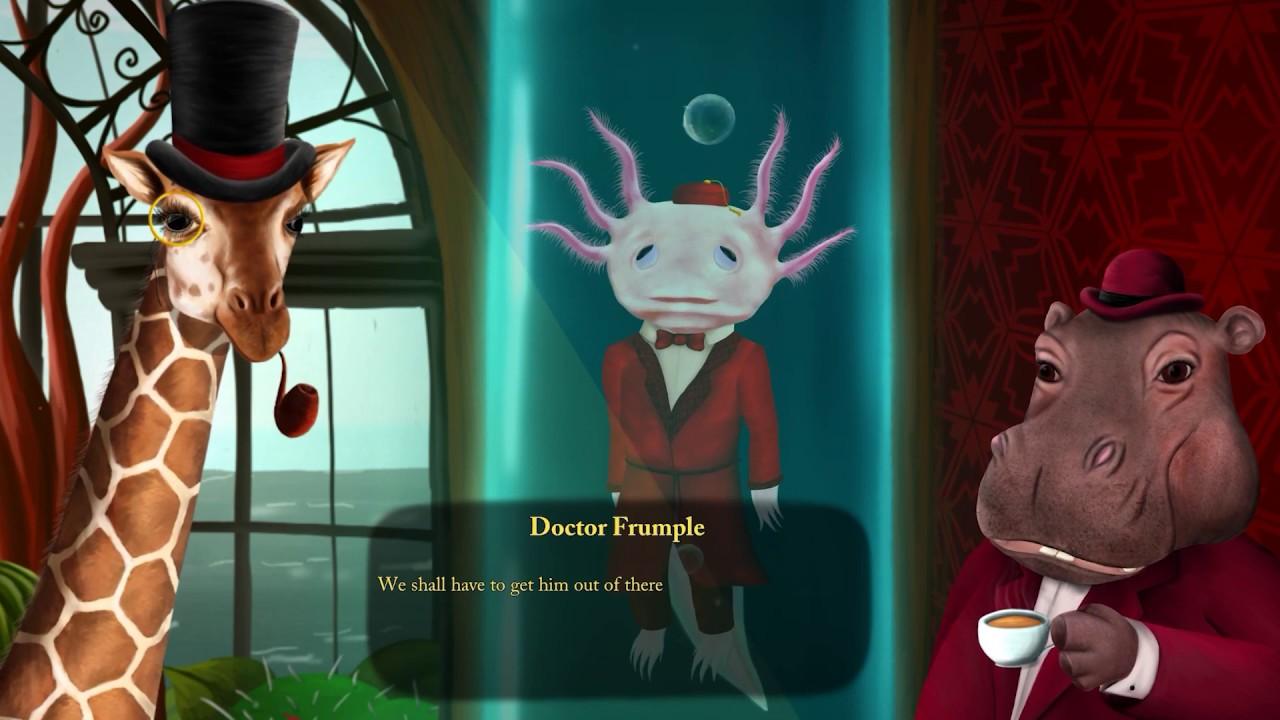 I love the idea, the story and the incredibly quirky style to it so I'm really pleased to see Sutherland give it another go and actually get the finding they want this time. Nice to see more UK-based developers too, there's nothing quite like a good bit of British humour.

Check out the new Kickstarter page here. They also have a demo available for Linux, which you can find on the itch.io page and there's a Steam page if you wish to follow it along there.

Eike 26 Apr, 2019
View PC info
I'm happy she got the money she asked for this time, but it's such a low amount, I can hardly imagine she can make a game with it. Wishing and hoping for the best, of course.
3 Likes, Who?

View PC info
I backed the first campaign, but hadn't caught wind of this one yet. I hope she's able to acquire additional funding somehow, while not having to make too many compromises.
3 Likes, Who?
Purple Library Guy 26 Apr, 2019
A grizzly murder? Wait, I thought the victim was some kind of salamander.
0 Likes
CaveMonsters 26 Apr, 2019

Quoting: EikeI'm happy she got the money she asked for this time, but it's such a low amount, I can hardly imagine she can make a game with it. Wishing and hoping for the best, of course.

Hi Eike. The money is only for covering the parts I can't do myself, largely translation, music and audio. It's not paying for my time. That's the main reason the goal was a lot lower this time as I got a much better quote for translation during the first Kickstarter (less than half the price I'd been quoted previously).

Thanks - Charlotte
6 Likes, Who?

View PC info
Wishlisted on Steam. The premise is perfect for a comedy adventure, and the art is just beautiful.

Charlotte, you might want to update the Kickstarter link at the top of the itch.io page. It still leads to the old KS campaign.
2 Likes, Who?
CaveMonsters 27 Apr, 2019

Quoting: tuubiWishlisted on Steam. The premise is perfect for a comedy adventure, and the art is just beautiful.

Charlotte, you might want to update the Kickstarter link at the top of the itch.io page. It still leads to the old KS campaign.

Thanks very much for the kind words.

Updated the link now, thanks for pointing it out. I'd updated the link text to the right address, but the target was still the old page.
3 Likes, Who?
While you're here, please consider supporting GamingOnLinux on: