World of Goo, a serious classic that released on Linux back in 2009 is coming back with a little revamp.

Announced on the official Tomorrow Corporation blog post, developer Kyle Gabler goes into some detail about what's coming and yes, the update includes the Linux version too of course. 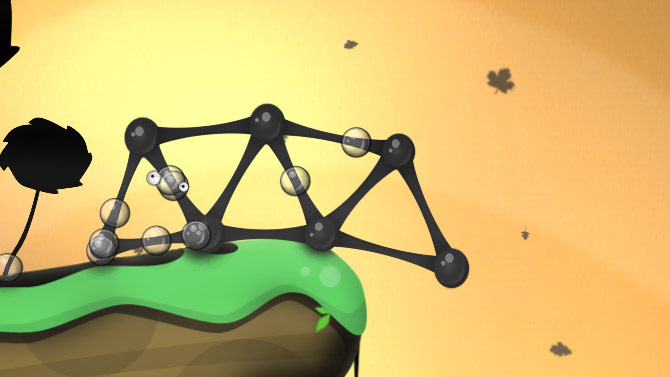 To be clear on it, there's no new levels or characters and a little joke about "no new battle royale deathmatch mode", this is what they're calling a "gentle remastering" done for fun. Something that's really great to see, as World of Goo is an absolute blast to play but it hasn't really aged well.

The original game ran at 800x600 and they say they've now doubled this, with it now running by default in a widescreen 16:9 aspect ratio instead of the 4:3 in the original. The framework to build it with was also replaced, so it should hopefully work nicely on modern Linux distributions too at whatever resolution you're on.

Sounds like it wasn't entirely easy work though, having to go over each image used by hand to tweak them. Along with that they've used "different high quality upscaling tools" and when they had the original source files those were used to make sure the higher resolutions do actually look better.

It should also be easier to mod it now too, as the assets and save files are no longer encrypted which is nice of them to do. Finally, there's some other graphical and UI improvements included that came with releases to other platforms like the Nintendo Switch.

The newer builds should be available everywhere "in the next few days", with those who purchased direct from 2dboy.com before 2014 getting it first (if you can find your original download link, look it up here).

Has it really been released with Linux support in 2009?
2 Likes, Who?

Has it really been released with Linux support in 2009?

View PC info
I was never able to get this to run properly on my old system. It would just give me a black screen, although sound effects, music and the menus worked, even if I couldn't see them. Not sure if it would be different on my current system or not.
0 Likes

I assume they mean it was designed for 800x600. It runs in 1280x1024 here, although any bitmaps - fonts, for example - are clearly upscaled. I imagine that looks pretty grotty in 4K, to be fair.

Quote... and they say they've now doubled this, with it now running by default in a widescreen 16:9 aspect ratio instead of the 4:3 in the original.

Uh-oh. I have a 5:4 monitor. I hope they keep other ratios as an option and it isn't going to letterbox.

Still, it's nice to see a developer who cares about its older games. And fortunately it's DRM-free, so I can keep playing the old version if I don't like it. :D
1 Likes, Who?

edo 30 Apr, 2019
View PC info
this was for linux way before linux had any steam blessing, very cool that they still support the game
4 Likes, Who?

View PC info
I learned about this game back in the first Hunmble Indie Bundle, I never played but this might make me finally try it. I admit I'm not a very big fan of puzzle games.
0 Likes

Quoting: Avehicle7887I learned about this game back in the first Hunmble Indie Bundle, I never played but this might make me finally try it. I admit I'm not a very big fan of puzzle games.

It's not really a puzzle, and more a physics game. While it clearly is not the same, it's really similar to Pontifex, Bridge Construction Set or the Bridge Constructor series (and yes, all linked games have a Linux version).
1 Likes, Who?
1/2»
While you're here, please consider supporting GamingOnLinux on: