After a recent big update, Rise to Ruins breaks its own single-day sales record

Seems the indie gaming scene in some circles on Steam is alive and well, as Rise to Ruins has broken its own single day sales record and it had a huge update recently.

I've seen a lot of developers recently talk about how they're struggling on Steam, getting little to no sales and not getting noticed. Many have claimed there's problems with Valve's algorithms, for some it seems it's very much the opposite! Rise to Ruins developer, Raymond Doerr, posted on Twitter about the previous single-day record being 4,703 copies sold which had been smashed to 4,843. Later, Doerr sent another Twitter post to say it had hit 6,250 copies!

That's pretty insane but it's worth noting it's currently on sale, with 66% off (lowest it's ever been!) making it currently only £2.38/$3.40/€3.40. I consider it a game worth full price, so if you don't own it now is obviously a great time to pick it up especially as the base price is going to increase after the sale.

It also had a massive update recently with InDev 33 being put out at the end of April. This included a revamped save system, to help with any possible corruption and saving should perform better with multi-threading. 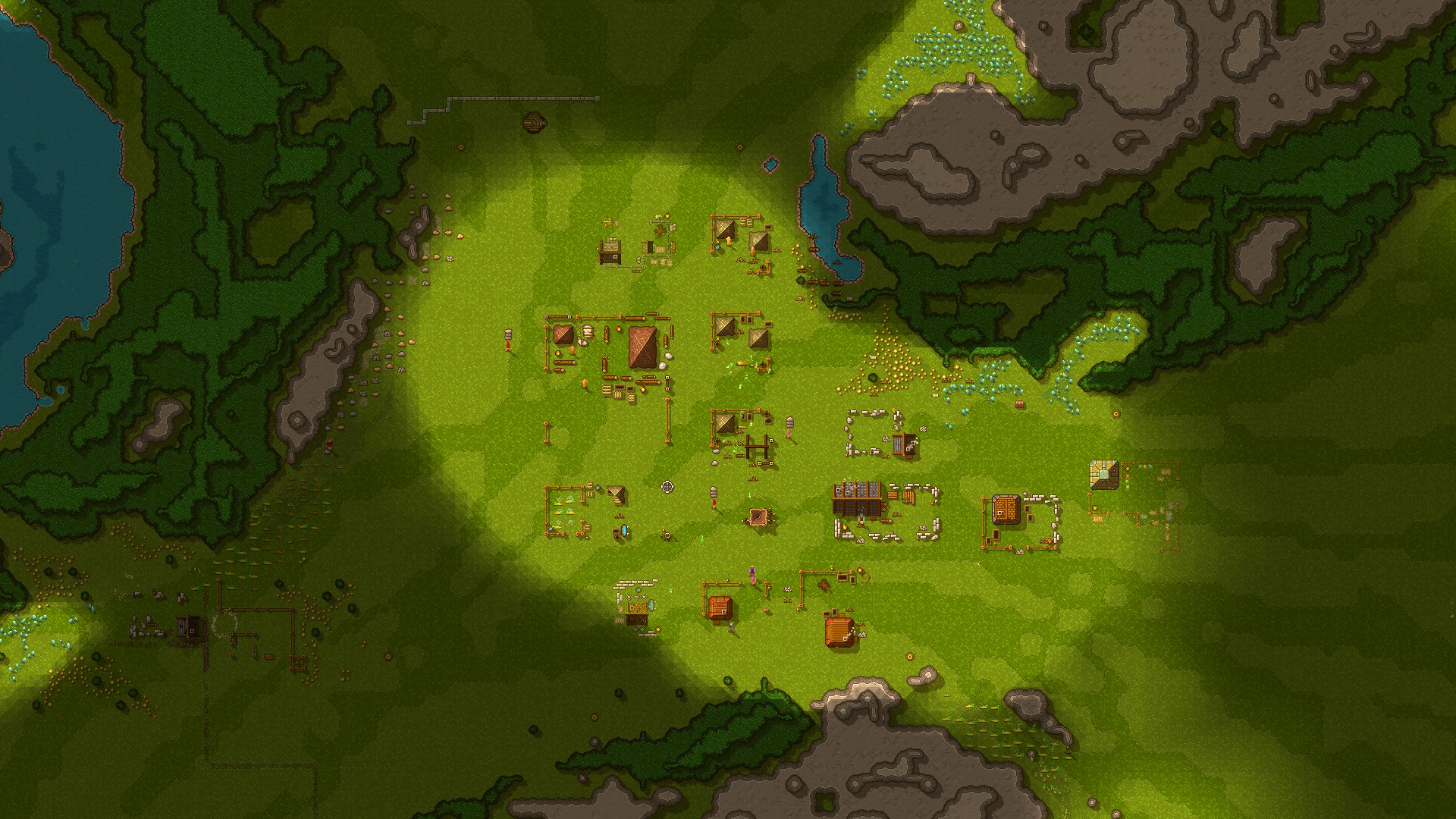 Additionally, there's a brand new Trash System included. This new feature may have you leave behind rubbish when you destroy, create or manufacture anything in the game. It's an interesting one, since the trash can actually be processed to gain new materials or spawn nasty Trash Slimes if you don't deal with it. To sort it out, there's a new worker job too—the Trasher! This new worker will take trash to landfills, burners and processors for you. There's also a new wall you can build, the Trashy Cube Wall which is only built by the new Cube-E Golems.

There's also a new Road UI, the Resource Bar and Resource List Panel were overhauled, Corruption had a little rewrite and there's of course plenty of balance changes and bug fixes as well as some smaller changes. Honestly I'm impressed at the level of effort and attention Doerr gives Rise to Ruins, a fantastic pixel-art village/city builder that's worth checking out. Although, I do hope the zoom scrolling is made nicer, it jumps to specific points instead of smoothly scrolling and it bugs me every time. Minor niggle though really considering it's one of my most-played indie games.

You can find Rise to Ruins on Steam and itch.io. The sale is on both stores, so take your pick. It's not on GOG, since GOG didn't want to stock it which is pretty silly given it's a great game that obviously sells well.

We do often include affiliate links to earn us some pennies. We are currently affiliated with GOG and Humble Store. See more here.
About the author - Liam Dawe
I am the owner of GamingOnLinux. After discovering Linux back in the days of Mandrake in 2003, I constantly came back to check on the progress of Linux until Ubuntu appeared on the scene and it helped me to really love it. You can reach me easily by emailing GamingOnLinux directly.
See more from me
Some you may have missed, popular articles from the last month:
The comments on this article are closed.
4 comments
kuhpunkt 3 May, 2019

I'd like to know who those devs are that complain about Steam and what their games are. Of course it's hard to get noticed. No algorithm is going to change that. There is just so much competition from great games and not those "asset flips" that allegedly make it so hard. We can all play just so much.
6 Likes, Who?

Rooster 3 May, 2019
View PC info
It looks actually rather great, I'm curious as to why GOG didn't want to stock it.
0 Likes

Ratman 3 May, 2019
View PC info
The linked tweet from the developer says they closed the day out with 9,192 units sold on that one day, nearly double the previous record.
0 Likes

View PC info
it's the offer of the day effect on steam in action, being on sale in the front page get you a lot more sale especially if your game is considered to be cool rather than being buried with hundreds of others games on the sales pages.
0 Likes
While you're here, please consider supporting GamingOnLinux on: