I love trading card games, I love battle with cards and showing off a good deck and it seems Mind Your Manas could be quite amusing. It's also a little different due to the modding support.

In Mind Your Manas you can battle against both AI and other people online, trade cards with people to make your perfect deck and all the usual things you would expect. What you might not expect, is that anyone can host a server for it and change basically all of the rules. It also sounds really silly, in a somewhat sort-of charming way: 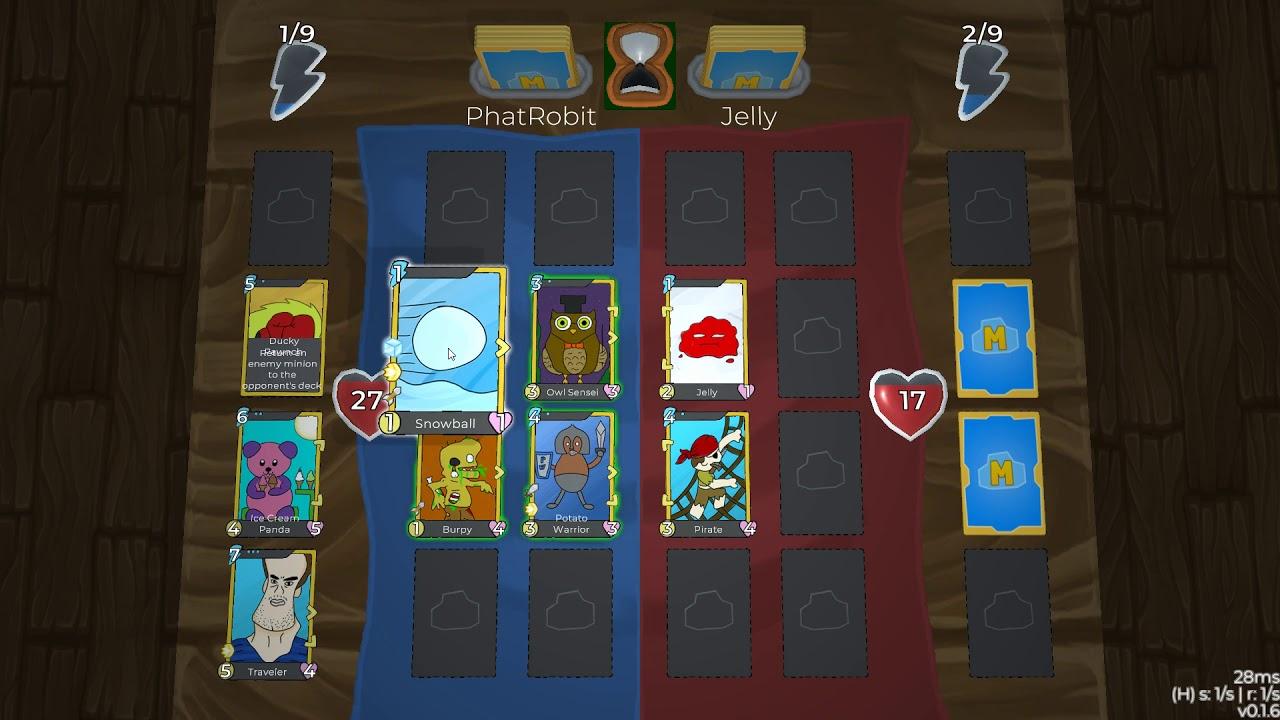 I'm a little torn on it, as charming and silly as it seems the sounds might battle with my patience a little. Going over the details, it seems card sound effects are also one of the things people can mod so that's nice. The developer said people can change so much of it that it's "entirely possible to create your own version of the game" on your server. That's pretty unusual, so it might find a nice little niche for itself.

View PC info
This looks suspiciously close to Artifact. They mention minions (=creeps), there are arrows on the cards that show where it attacks and you can hit the opponent only if the card is unblocked in that direction. Pretty interesting! My only wish is that art and sounds could be so much better (instead of the "programmer's art") and more "thematic", although I understand the game's main point is to allow any theme. Still, some core has to be there.

I wonder how moddability works with collection nature of the game. Should there be a central server that accounts for all the cards, XP, money etc. you have?
0 Likes
While you're here, please consider supporting GamingOnLinux on: