Warhammer 40,000: Gladius is about to get a little hectic, as the Chaos Space Marines are on their way

Warhammer 40,000: Gladius - Relics of War just recently gained a nice update and an expansion announcement, with the Chaos Space Marines.

Firstly, the update which was released yesterday includes a new Hotseat Mode, that allows you to play on the same computer or send away your saved games to play with others. Quite an interesting way to do it, between turns it will pause and cover the screen (according to what they say) allowing you time to switch. Additionally, it adds in a new neutral Cultist unit, improved notifications, balance updates and a few bug fixes.

Now onto the more exciting stuff, the Chaos Space Marines DLC which is releasing on June 20th. 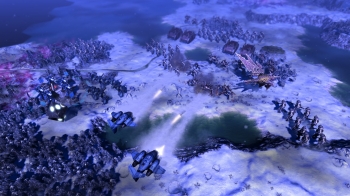 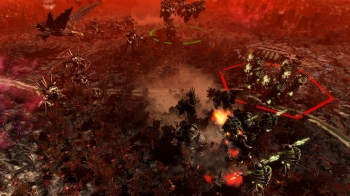 From what they've said about it, the way Chaos Space Marines will play sounds quite interesting. They're buffed a little against the normal Space Marines with increased morale and melee accuracy. On top of that, for your cities with the Choas Space Marines, the population resource can be used for "unholy rites, granting significant temporary boosts depending on the God which is being worshipped". You can also choose to worship a Chaos God by spending influence points, to gain unique permanent buffs to individual units.

TheBard 17 May, 2019
View PC info
I haven't played the Tyranids yet but otherwise the game is excellent and runs flawlessly on Linux.
3 Likes, Who?
While you're here, please consider supporting GamingOnLinux on: