Geneshift gets a GTA2-inspired update with civilians, an expanded demo, better maps for driving and more

The developer, Nik Nak Studios, said they're celebrating ten years since Geneshift first came online (originally under other names). This latest update pulls in some inspiration from GTA2, adding in roaming civilians you can take down which will eventually become aggressive towards you. The more you kill, the higher their aggression rating and loot dropping will be giving the various online modes like Deathmatch and Battle Royale a little mini-game.

On top of that, to make it that little bit more GTA-like, maps were given a little redesign to allow for more fun with vehicles. They were previously too cramped but now you have a little space to run people down. Makes sense too, vehicles needed a bigger part in the online play for a while. 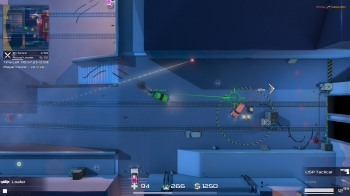 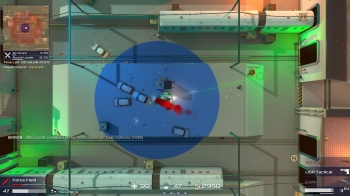 The Battle Royale mode was also adjusted to have a new squads mode, which is the default. So there's less of a chance of new players jumping in, dying from a pro on their own and quitting. The BR zone shrinking works nicer too, giving you a little time to loot before it suddenly shrinks and it's a mad dash to be the last person standing.

The demo was also expanded to have more options too. Demo users can now unlock items, so anyone can play competitively for free against others online however XP is earned slower than people who do purchase it.

Overall, sounds like Geneshift is coming along very nicely. The Battle Royale mode is always a good laugh, especially since dead players come back as Zombies who can be reborn into the game if they kill a normal player. Quite a unique idea that for it, keeps it from being too frustrating if you get taken out early too.

You can grab it on Humble Store and Steam. Demo available on Steam and it's on sale.