Video recording and livestreaming software OBS Studio has a new 23.2 Release Candidate out

For those who create videos and livestreams, OBS Studio is for the most part all you need. It continues advancing too, with a Release Candidate out for OBS 23.2.

New features this time around include a hotkey to toggle the preview, the ability to preview scene transitions, the ability to estimate recording time available based on disk space (not that I've seen it, might be Windows only), a "luma" key video filter, the ability to copy and paste filter to/from scenes in addition to sources, the ability to centre items vertically or horizontally in the transform menus, a message when there's no sources included in a scene to help new users and numerous other enhancements. 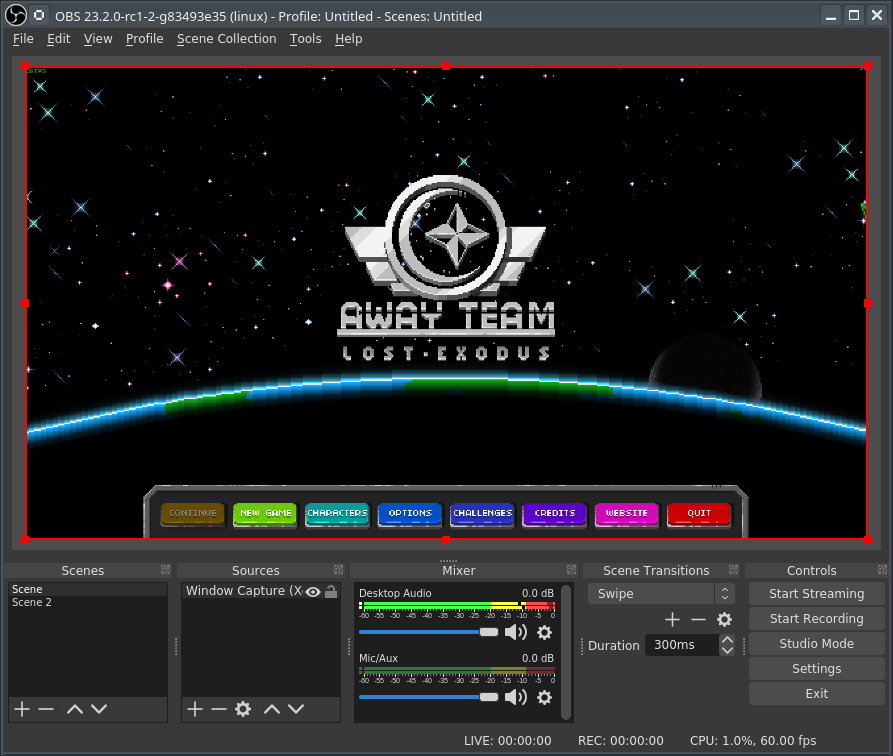 Some notable Linux issues were fixed too. These included issues with OBS unable to capture some monitors and an issue with the VAAPI encoder where CBR would not always output at a constant bitrate. Other bug fixes and improvements include more SVG icons to look better across different DPI scaling, dark theme improvements, various memory leak and crashing fixes, a fix made it in to stop OBS Studio freezing in the middle of a recording or livestream with an encoder error and so on.

Service Integration is still not yet available in the Linux version, so no fancy integration with Twitch and other services. Originally they said it was Windows-only while Linux support for it was "planned and a priority" but I've not seen much more on it since then. Going by a pull request to get the obs-browser fixed up on Linux, it seems some issues still remained. Hopefully it won't be too much longer, it would be incredibly useful but it's not essential.

View PC info
For the browser plugin I cloned https://github.com/bazukas/obs-qtwebkit and compiled it for my OBS as a plugin.
It works perfectly well on my end like the build-in browser source do in the Windows client.
And also worked for me across a lot of OBS updates. At least I never needed to recompile the plugin since I first installed.

https://github.com/bazukas/obs-qtwebkit Is the old version

View PC info
Really looking forward to Service Integration in the Linux version of OBS. I was disappointed that Release Candidate 23.2 still lacks this feature. I am currently recording the my favorite Twitch channel using Firefox in a maximized window. It works, but the integration of Twitch into OBS will work much better and require less editing.
1 Likes, Who?
WizardCM 20 May, 2019

There are many steps required to get OBS Browser to work properly on Linux. One of those steps is in this RC too, improving macOS compatibility (they don't have service integration yet either) is a step towards the goal of getting it working on Linux too.

The focus this update was mostly to clean up the list of pull requests for the base repo. 89 PRs were merged. That's a lot of code for Jim to review and test in under 2 months.
3 Likes, Who?
While you're here, please consider supporting GamingOnLinux on: