DXVK 1.2.1 really does improve Overwatch quite a lot on Linux with NVIDIA

In the latest release of DXVK 1.2.1 that was released last week, it included a note about improved GPU utilization. They certainly weren’t kidding, with Overwatch now performing even better on Linux with Wine.

When I previously wrote about it, I said I was in shock at how well you could play Overwatch on Linux thanks to Wine, DXVK and a little help from Lutris. I included a video in the previous article to show it off, which showed the framerate hardly going above 100FPS and often dipped down to around 60FPS. Checking back, previous versions of DXVK didn’t let my NVIDIA 980ti GPU utilization go above 80%.

Testing it all out again now thanks to DXVK improvements, it’s quite a different story! GPU utilization is often around 98% and the frame-rate is much higher and smoother overall as you can see below in the video: 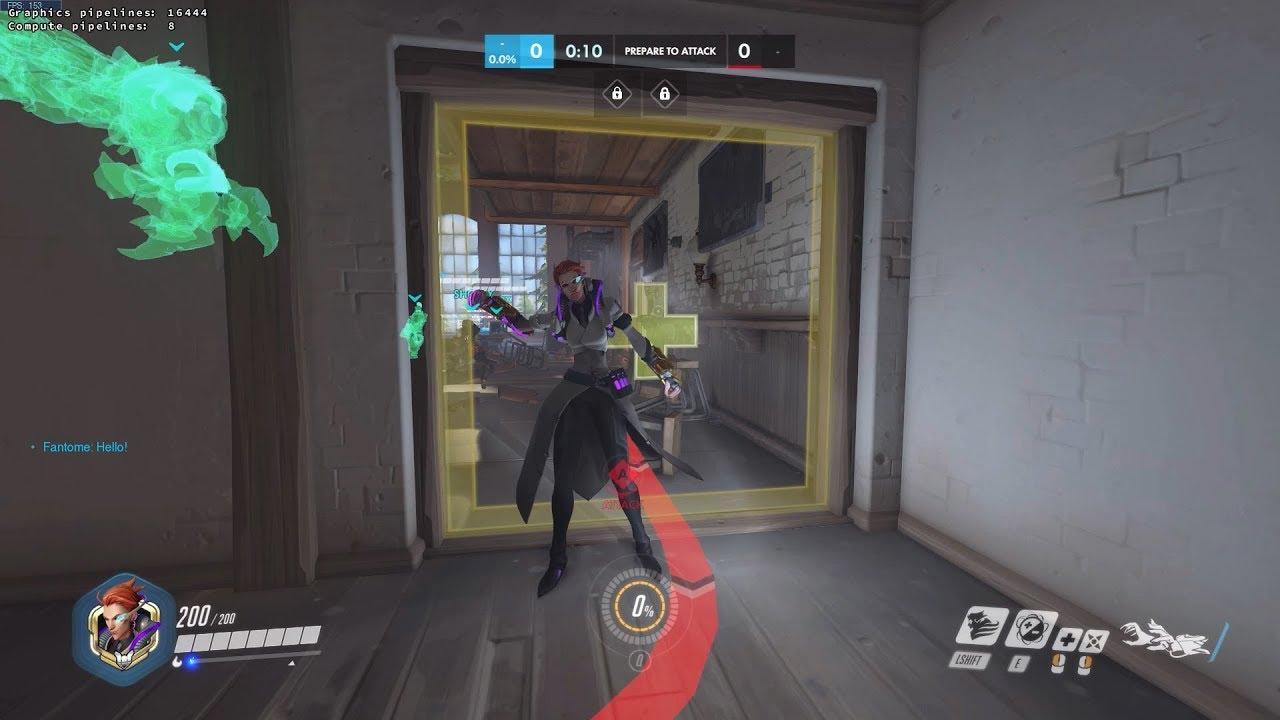 To be clear, that video was recorded using my hardware on Ubuntu 19.04.

There is at least two caveats though, which I will briefly go over.

Firstly, it still needs to build up a decent cache first to not stutter. You can easily find out if DXVK is still building this cache, by adding “DXVK_HUD=pipelines” as a launch option, like this in Lutris as an example: 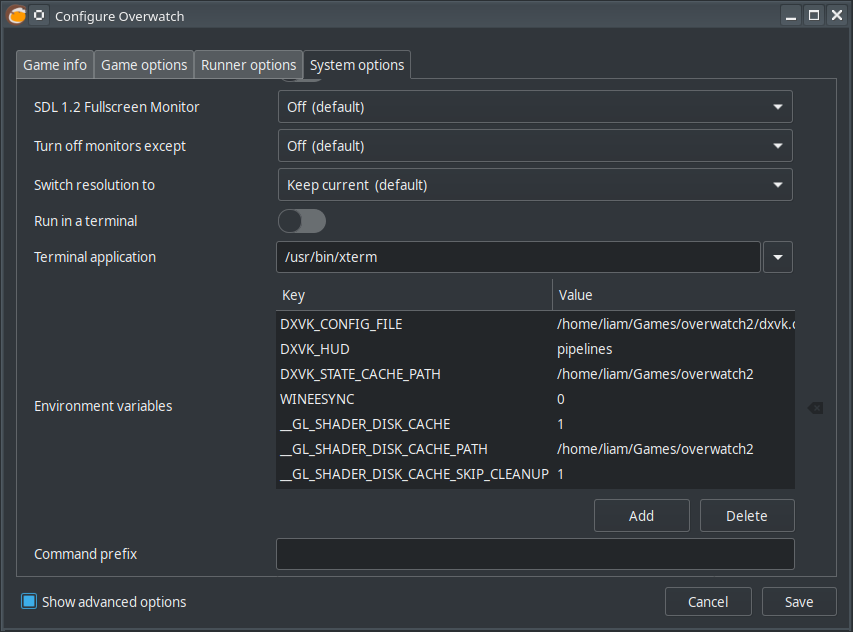 When it stutters, you will see the "Graphics pipelines" counter increasing which will look something like this:

The problem with the stuttering, is that Overwatch has a lot as you can see above. Comparatively, a game like Deep Rock Galactic has less than 2,000 (an entire 30-minute game only just went above 1,000). Which explains why Overwatch takes a little while to actually become super smooth. Once you’ve built up the cache though, simply getting to the main menu in Overwatch will have them all loaded in quite quickly ready for you to jump into a game.

The other issue, is that Left Control cannot be bound to crouch. Other than those two issues I haven’t personally seen any others for some time and to me that’s pretty incredible really.

So for those of you who do love Overwatch, it does seem to work very nicely on Linux and even better than ever in fact in my own testing through many hours. For those perhaps on the fence about trying Linux, at least Overwatch is one game you don’t have to really worry about losing and that’s important. Anything that can lower the barrier for people gaming on Linux, is great.

Great work to everyone involved in Wine, DXVK and Lutris (I’m noting Lutris, since it makes managing it all together under one roof super simple).

Xakep_SDK 22 May, 2019
Can this stuttering be fixed from DXVK side?
Has overwatch built-in benchmarking tool?
Can we have latest windows vs latest gnu/linux overwatch benchmarks?
0 Likes

Quoting: Xakep_SDKCan this stuttering be fixed from DXVK side?

The way to fix it is to download a pre-built shader cache, which is something that Steam does when using Steam Play. When using Wine instead of Steam Play you will just have to accept the initial stuttering since the cache has to be built locally on your machine.
4 Likes, Who?

Quoting: Xakep_SDKCan this stuttering be fixed from DXVK side?

Lutris does download a pre-built pipeline cache file at install. Unfortunately, this doesn't really help when the version changes after installation. You can manually download a new cache file if one was uploaded for the new version, but that would also require some patience.

Ideally there would be a system of automatically uploading, merging and distributing these pipeline (and maybe even shader cache files), but that's quite a project.
0 Likes

Maybe you should actually read the article.

Quoting: GuestAsynchronous shader compilation could in theory greatly mitigate the issue, but this will probably not be implemented in dxvk in the foreseeable future (if at all).

Overwatch was actually the nail in the coffin for that feature. Having the game start rendering before shaders were compiled apparently caused behind walls to become visible, which in turn triggered the anti-cheat to hand out bans. The bans were all reverted. And because async compilation can't be trusted in multiplayer games, so was the feature.
4 Likes, Who?

minidou 22 May, 2019
View PC info
Thank you for the note about the 980ti. I often read headlines about (large) performance improvements but is always wondering if it translates to a decent win on my config (quadcore and GTX770).

Last time I tried overwatch on DXVK performance was subpar (add to render à 50% for decent framerate, but I didn't know about DXVK_HUD=pipelines then, so no idea if I ever had enough patience to really test), largely inferior to what I can get on windows (overwatch graphic engine is amazing).

I face the same issue in Mordhau nowadays, will check DXVK_HUD=pipelines.
0 Likes

View PC info
I need to get back into some Overwatch soon. Me and @Buenaventura played pretty regularly for a few months, him on tank, me on support. It worked really well, and I enjoyed playing in a mostly winning team. But playing "solo" on QuickPlay can get old pretty quickly, when team composition falls apart and I'm the only healer on a side with 5 DPS. When that happens, I usually just take my own DPS to make a point..

Great game though and, combined with Lutris, an experience that feels genuinely native.
0 Likes

View PC info
I just copied the 1.2.1 dll's into the appropriate proton4.2-4 folders, seems to work for updating proton manually.

Next I might need to compile my own proton in order to allow 64bit script extenders to work since Valve team have yet to merge in a simple 2 line fix to the wine code for that...

PS. I noticed performance is ALLOT better with Risen 3 now. Not sure if that is a 1.2.1 thing or not.

View PC info
DXVK and FAudio are impressive software and I am surprised how good DXVK 1.2 runs on my low-end system with 3.6 GB RAM:

STiAT 22 May, 2019
View PC info
I bet WoW Classic stress test will scare the shit out of my hardware even with DXVK :-)
0 Likes
1/2»
While you're here, please consider supporting GamingOnLinux on: