Total War: THREE KINGDOMS is out and it comes with same-day Linux support

Total War: THREE KINGDOMS, possibly one of the biggest Total War games yet is officially out. Developed by Creative Assembly and published by SEGA, it was ported by Feral Interactive and they managed to get Linux support in right away.

For those who've played a Total War game before, you know the drill here as the basic setup is the same in many ways. The game is split across a campaign map where you compete for territory, deal with politics, upgrade your towns and so on. The real meat of it though is the real-time battles, as you end up commanding hundreds of units.

This is pretty amazing really, we've often had to wait for Linux ports of big releases (sometimes years) so this is an extremely welcome change. You can view the Linux & Mac release trailer below: 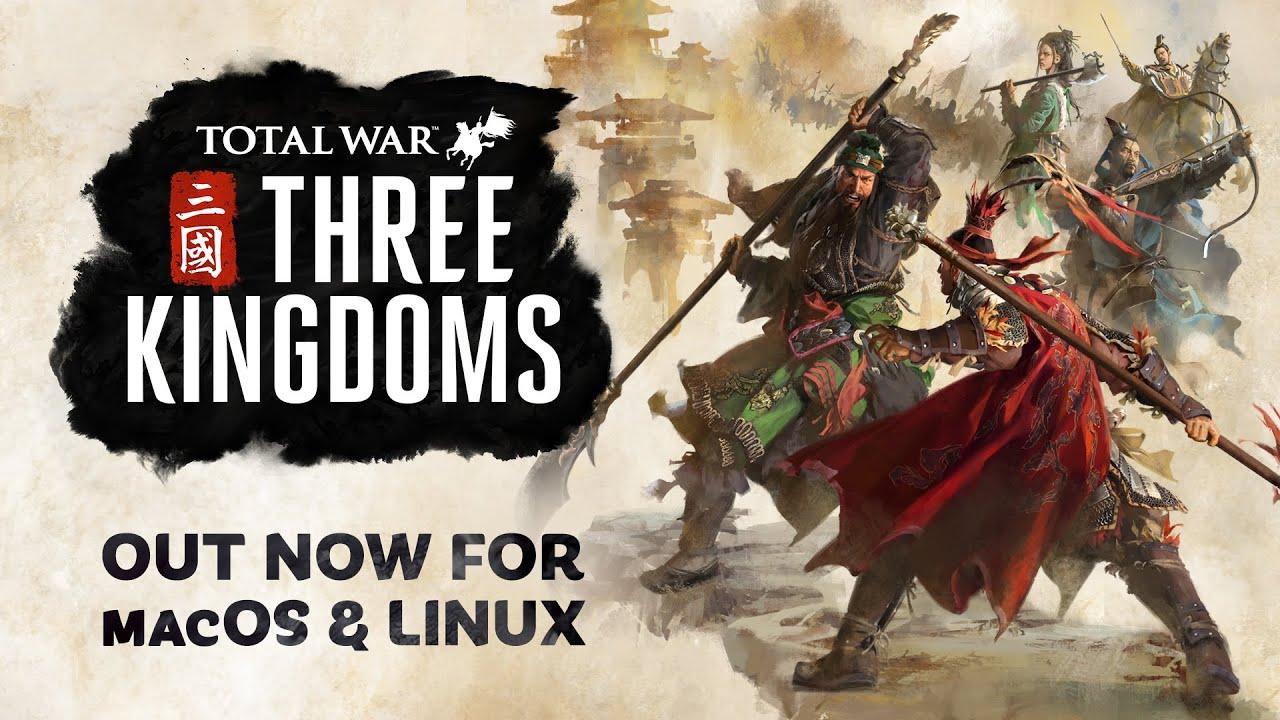 As expected from Feral Interactive, this is another Linux port using the Vulkan API. So you will need at a minimum for NVIDIA driver 418.56 and for AMD Mesa 19.0.1. Currently, they're not supporting Intel GPUs. As usual, they're supporting it on Ubuntu only. They said that other modern drivers and distributions should work fine but they're not officially supported.

Something I've come to expect from Feral now is also here, their fancy launcher that allows you to pick your resolution, monitor, get support and so on is nicely styled for the release: 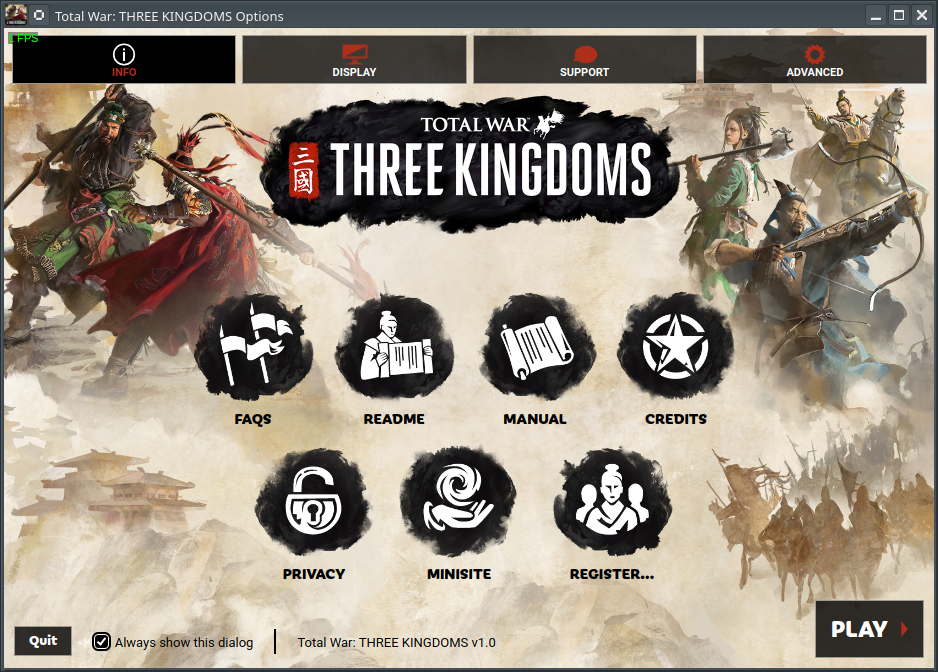 It's a small thing but it's one of the reasons I appreciate Feral's work, as someone with multiple monitors, it really does help. It's the attention to the details!

Benchmarks using the preset drop-down settings (no others were changed) with the built-in benchmark tool. The resolution across all tests was 1080p:

The minimum FPS is always super low, as it seems the benchmark starts logging quite early before the scenes are fully loaded in. Frankly, I don't think the minimum FPS in this case should be looked at much.

Of course benchmarks only tell you so much, they don't tell you if the game is actually stable through longer sessions or if it's any good. Both of those I aimed to find out and so far, it's getting a positive mark on both fronts.

As someone who doesn't play Total War too often, I'm already appreciating a lot of smaller touches in Total War: THREE KINGDOMS. The seriously clean and clear interface for example, with the information overlay when you tap F1 and hover over something gives you a nice reminder of what it does and quick-access to the main controls in the ESC main makes it incredibly easy to actually get going. 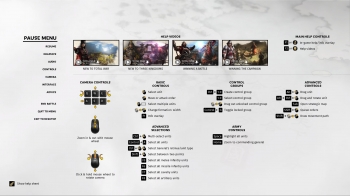 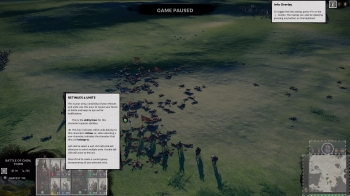 I'm actually quite surprised, based on the benchmark I was fully expecting to have to tune my settings down a little. However, playing through on the Ultra preset (with one or two options set a little higher) has actually provided me with a very smooth experience. There hasn't been a hint of stutter through any of my battles! I don't expect any less from Feral though, they know their stuff when it comes to Linux ports and it clearly shows here.

One major feature I personally appreciate in THREE KINGDOMS is the way you choose what type of battles you have. You can opt for the more traditional strategic gameplay Total War is known for where your positioning, army composition and actual tactics play the biggest role, or you can enable the more romanticised option with battles heavily influenced by hero units that can smash through hundreds of others by themselves. No contest there for me, I love watching a hero unit really do their thing running down enemies like they're Dominoes.

Something that does stand out with Total War: THREE KINGDOMS compared to previous games is the beauty of it, the mix of water-colouring spread across many screens with petals blowing across the map looks gorgeous. Easily the best looking Total War game to date, something else that's helped me to easily appreciate it. 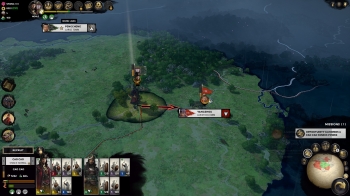 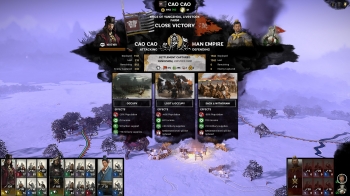 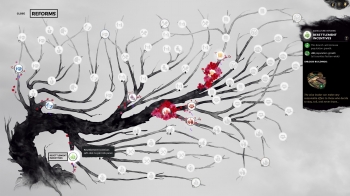 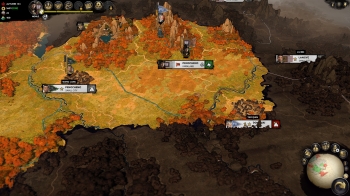 Pretty amazing to get such a high-profile release as soon as it's out, that's the kind of platform parity I really like to see. Feral Interactive have done well. The only downside, is that like other previous Total War ports the online multiplayer is not cross-platform. Aside from that, this has been the smoothest modern Total War game I've tested.

Update: Seems it's already massively popular too, with the all-time peak on Steam being over 162,000 (at time of updating) concurrent players making it the most popular launch of a Total War game to date on Steam. Pretty healthy sign for the future of Creative Assembly i would say.

View PC info
Nice. I checked a few hours after it released and the Linux version wasn't up yet so I went to bed.

I'm not surprised at the performance since they had all of that extra time.
0 Likes

View PC info
Same day release. Nice! It's time I got myself into Total War. Feral Store, he I come! Oh wait, still at work. Expect me a little later! :P
7 Likes, Who?

QuoteThe only downside, is that like other previous Total War ports the online multiplayer is not cross-platform.


Well, sometime after summer and a few patches then, I guess.... :(

nice to see a day one release though
1 Likes, Who?

QuoteThe only downside, is that like other previous Total War ports the online multiplayer is not cross-platform

View PC info
The cross play with Windows comes as no surprise. At no point has CA shown any interest in changing there side, so I had no expectation that this one would be any different.
0 Likes

View PC info
Bought for support and because I like the sound of this one. Only ever played the Warhammer variants, but a few things here piqued my interest so I'll give it a try.

As for cross-platform play, well that's no surprise by now. It's Creative we'd have to complain to, but it's unlikely they'll listen. Not that I'm too interested, as this is inherently a single player game for me.
1 Likes, Who?

Redface 23 May, 2019
View PC info
Great news, I am downloading it now after buying it from the Feral store.
0 Likes
1/3»
While you're here, please consider supporting GamingOnLinux on: