Funselektor Labs, the developer of Absolute Drift has announced their latest game, art of rally. It might look stylish but it's not just a pretty face, as the developer is also focused on how the cars handle too.

While we have a few racing games now like Grid Autosport, DiRT Rally/4 and some F1 games (plus a few that work with Steam Play), they're all quite serious business. art of rally looks to be taking a slightly less realistic focus while still providing a challenge, especially with the top-down view you get a better picture of what's up ahead. 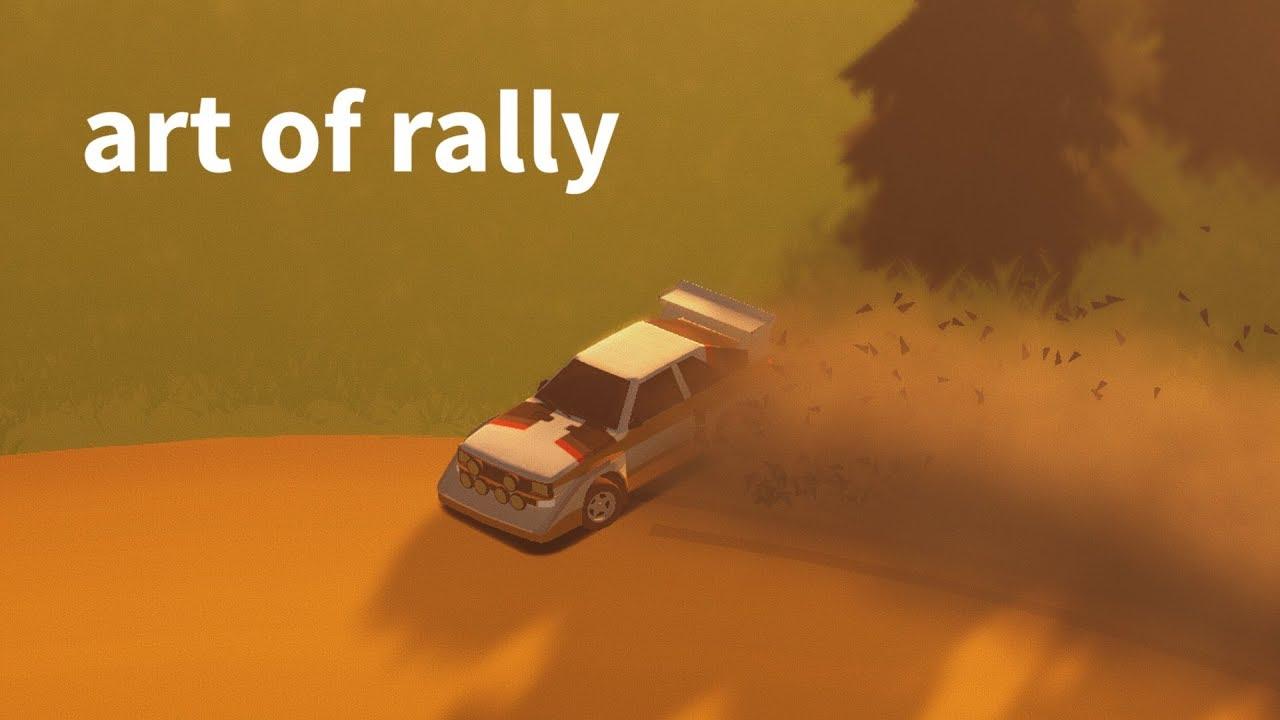 The developer, Dune Casu from Funselektor Labs, has said they've overhauled the handling model over what was found in Absolute Drift. They've actually driven WRC cars from the 1990s, as well as attending the DirtFish rally school, so they can "gain a better understanding of rally cars and also the learning process that goes into learning how to rally".

Speaking to the developer on Twitter, they confirmed Linux support as long as Unity is in good shape (which it mostly is now). Will be keeping an eye on it as it looks like a lot of fun, might even be a Rally game that I'm not completely atrocious at.

View PC info
Already on my wishlist. I hope it'll be as much fun as it looks.
1 Likes, Who?

View PC info
Thats good to hear. Thanks for covering it. Absolute Drift was quite an amazing small game imo. Really looking forward to thisone!

View PC info
This game makes me think of R.C. Pro-AM. I might be dating myself by stating this though.

Thanks for the news. I have now wish-listed this and will likely buy if it releases to Linux.

Years ago, Linux gaming was easy. Only a handful of titles like Doom, Prey and Osmos, so I could buy every game and easily play them. Now, I have to choose as the number of good Linux games is becoming more than I can every get around to playing.
0 Likes

View PC info
So this is only from the overhead viewpoint? Huh, interesting. I'm going to follow this one...
0 Likes
x_wing 23 May, 2019

Probably you thought in another game. This is the one I meant :P : https://www.arcade-museum.com/game_detail.php?game_id=10483

View PC info
The only Rally game I ever really enjoyed is this one:
https://www.youtube.com/watch?v=mV28_0PKA08

Everything after that just became too real, too twitchy, less fun. Or I did. One of the two.
0 Likes

We use to call that one the "Carlos Sainz game" back in the day haha. I have spent countless quarters coins playing it on the arcade that was in the main square from the village I'm from.
0 Likes
1/2»
While you're here, please consider supporting GamingOnLinux on: