Steam Play updated again to 4.2-5 to include newer DXVK, networking and controller fixes

Valve have pushed out the latest smaller update to Steam Play, this time including an updated DXVK and a bunch of fixes for various games.

While smaller than previous updates, obviously it's still a pretty good one. Moving from DXVK 1.1.1 to 1.2.1 alone should benefit a number of games and improve GPU utilization. The networking and controller layout fixes are also very welcome, as the better we can get various games working the more likely people are to try out Linux.

What have you been testing with Steam Play lately? I'm still hooked on Deep Rock Galactic, while our livestreamer Sin has been checking out Rage 2 on our Twitch Channel and it looks great.

View PC info
This appears to have fixed Assassins Creed Unity, now the main character doesn't turn and run constantly. Makes the game pretty playable. Still testing games, will edit and update my comment with any other games I discover that work. =)

View PC info
Aah... this is great news!
I'm wondering though if Valve is going to whitelist some more games.
They haven't whitelisted any games since 3.16-x.
But I guess giving support from Valve to too many titles would be too time consuming. I'm okay with that, protondb is a great source to check if a title is likely to work. And we do see many fixes for certain games, that aren't whitelisted. I also guess it would be wise to whitelist only games, that won't receive any updates anymore, so the base game is stable.

That's also why I still like to buy games on Steam. Valve's support in the client (incl. Linux ofc), but also their store (they are the biggest, so they also get most of the critique), community stuff, etc. They use the extra money for improvements. E.g. Epic might take a lower cut, but they are also lacking so many features still, and I couldn't help it, but I had to laugh out loud when I heard you get banned when you buy too many titles within in a too little time slot on the Epic store. A lot to learn for them there. But they'll eventually get into it. And then we'll see if they can really compete with Steam.

Now I'm looking forward to play some games in Proton, and check if I can see a performance boost o/
8 Likes, Who?

View PC info
I wonder if this also might fix the mouse issue in Fallout 4?

Speaking of that - I am amazed, no less, of the performance in Fallout 4! It really is a joy to finally be able to play that game. It's not flawless, an annoying mouse issue requiring me to alt-tab out of the game and click other windows and then return to have it fix the issue is particularly annoying, but with a controller it really runs totally without hickups (the game is built for controllers anyway so it it totally cool).

After this game (that'll take some months...) I'll do GTA5 next!

View PC info
I wonder if fixing the networking issues is the foundation for an attempt at building in EAC support to a future Proton? I also wonder if there were further FAudio fixes in there from Ethan Lee - he hasn't tweeted anything on the subject recently, but I'll keep an eye out.

The only thing missing in Deep Rock Galactic now is voice support. Not that anyone actually uses it anyway, but it would be nice to have a perfect experience...
0 Likes

View PC info
I'm a bit disappointed: I espected a bigger FPS increment from The Surge, the game stays over 30 FPS a little bit more, but that's all...
0 Likes

Comandante Ñoñardo 25 May, 2019
View PC info
Tomb Raider test On Linux via PROTON 4.2-5.. Much more performance than the Linux port made by Feral. 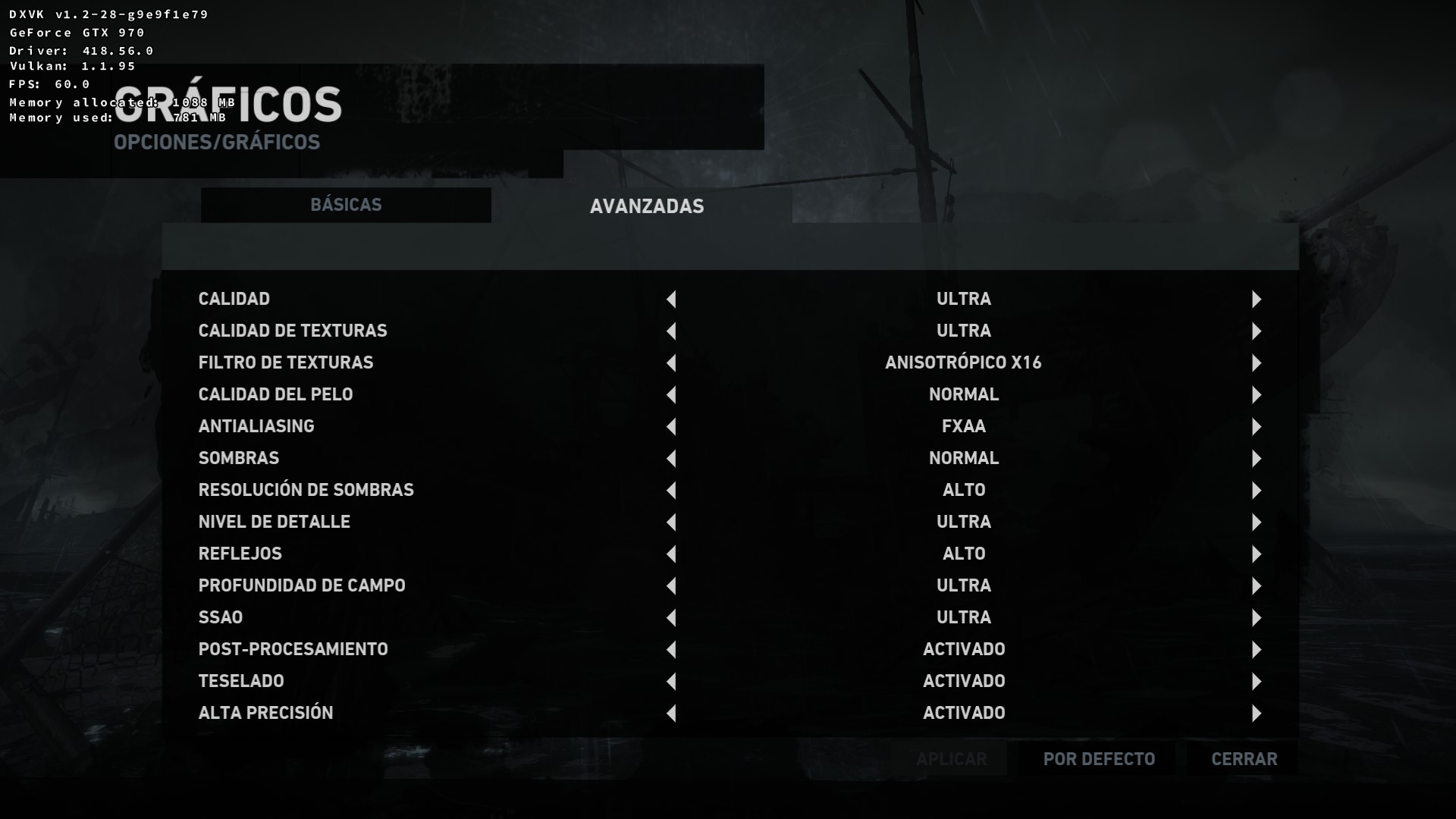 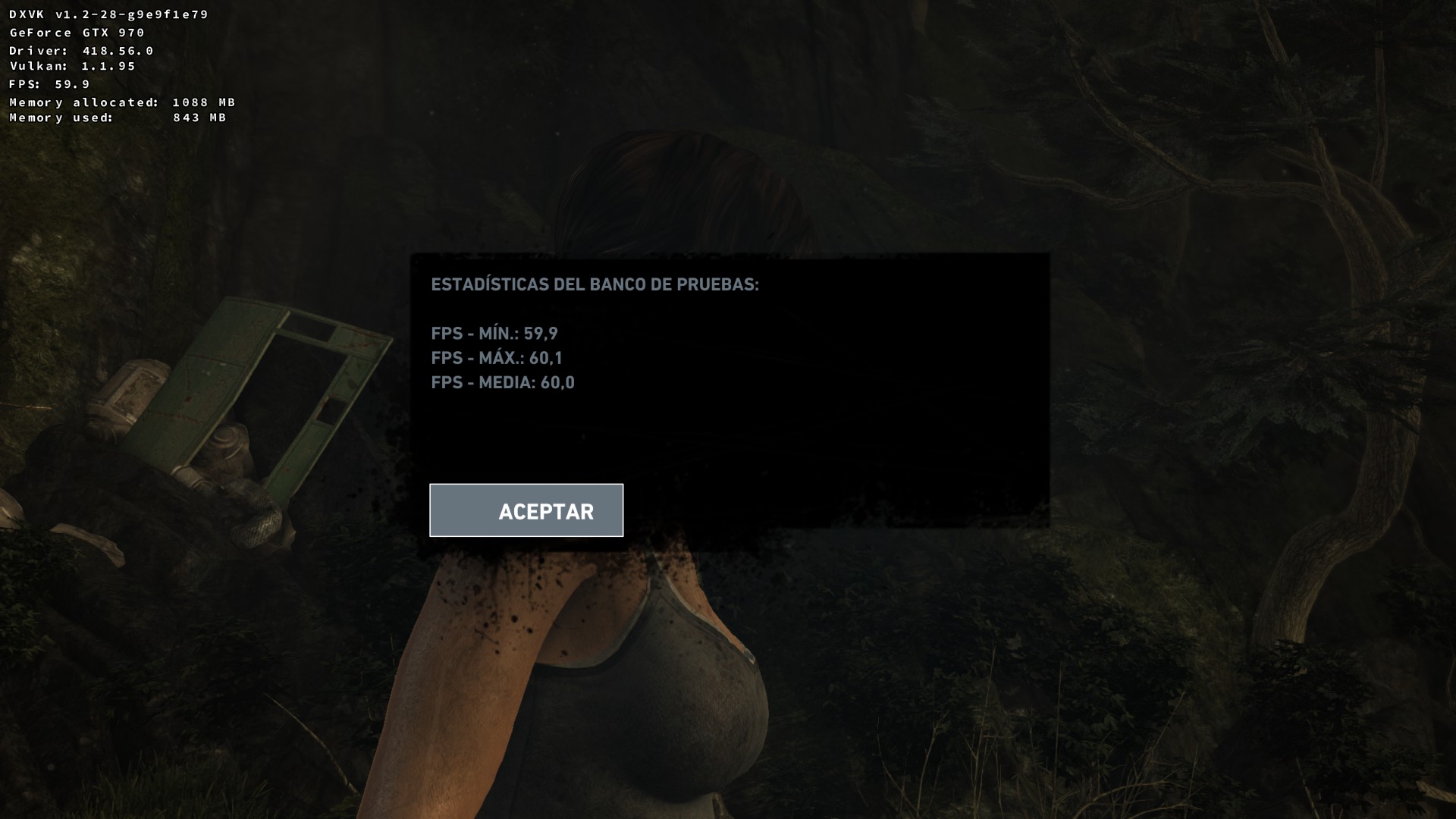 Playing the new Enhanced version of Borderlands 1. Works well (after the tweaks mentioned on ProtonDB). The mouse wasn't locking, so my Steam Controller mouse pad would hit the side of the screen and prevent me from turning. Tried it after the update and didn't have any problems. Hopefully fixed...

Man, the first Borderlands game is darker than I remember. It still has good humour, but the world feels pretty bleak. Plays well, though. The update makes the interface much more like #2.
0 Likes

Quoting: Comandante ÑoñardoTomb Raider test On Linux via PROTON 4.2-5.. Much more performance than the Linux port made by Feral.

yeah what is it with Feral? Fuck AMD, nVidia FTW?... I can't take them seriously. yeah yeah read the damn storepage but seriously, I've had nothing but black textures and crashes since I started to buy games from them. No more.