Remembering an old friend with Polychromatic, a fantastic high-score chaser

There's a lot of good new games coming out but sometimes it's good to remember some older gems, recently I've started playing Polychromatic again and it's such a fantastic arcade twin-stick shooter.

Gameplay in Polychromatic is simple, as you're given a small circular arena to slide around in as you take on various waves of enemies made from simple shapes. Each shape has a different behaviour, some will dart right at you, some will stay still and fire at you and it has a decent amount of challenge to it. Considering how simple the game is mechanically, it's quite surprising just how addictive it is. I don't often go back to games too often, unless they're really something special. In the case of Polychromatic, it's just so beautifully streamlined it deserves to be a game high up on your list to play during a coffee break. 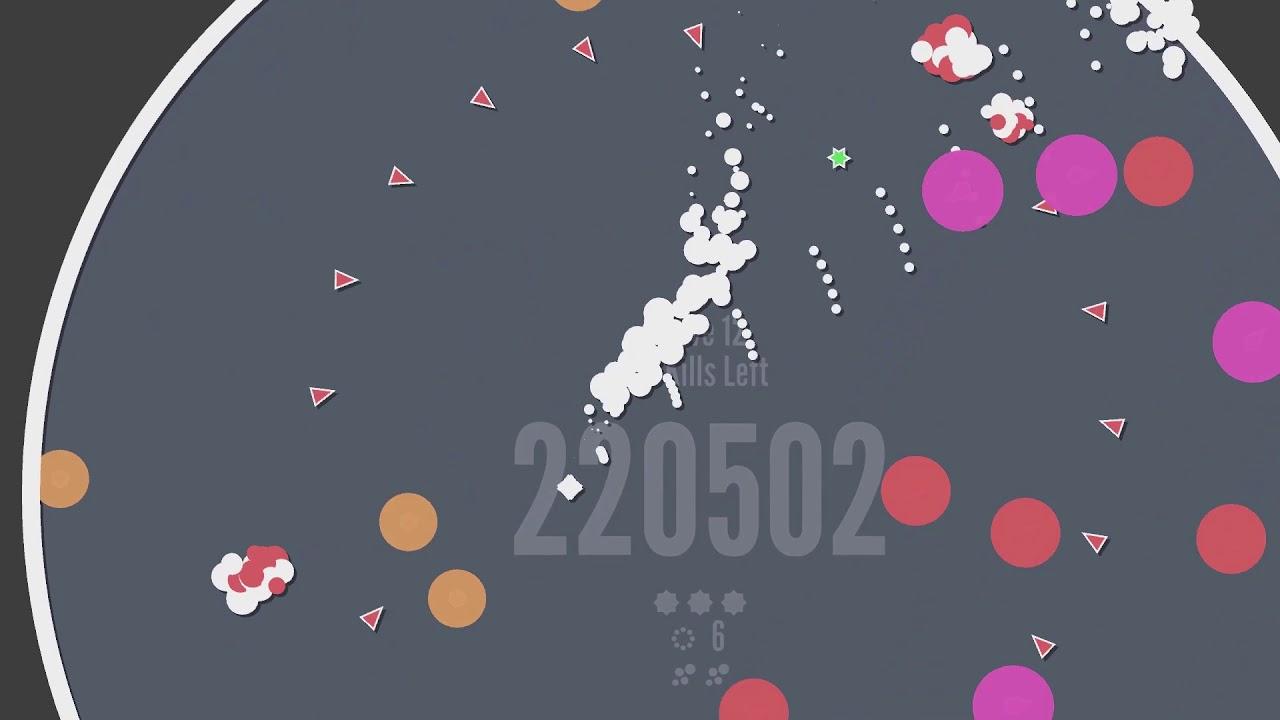 I don't think I'm ever going to beat the high-score of our contributor Samsai, I haven't managed to after three years!

It has three different game modes, although the action is the same they do play differently. There's an endless mode which just keeps on going until you run out of lives, a timed mode where you defeat as many waves as possible until you run out of time and a one-life mode which is pretty self-explanatory. Each of them incredibly frantic, not something you should play after a few coffees because this game really does get your blood pumping fiercely.

It's also perfection with the right pad of the Steam Controller, something that trips up a lot of twin-stick arcade shooters as they often have very specific styles of aiming designed around a stick but Polychromatic feels perfect for a pad as your slide your thumb around.

If you're a high-score chaser or you're looking for something to fill a few minutes each day, Polychromatic isn't a new game but it is an excellent minimalistic arcade bullet hell that deserves a little more attention.

You can find Polychromatic on Humble Store and Steam. If you beat Samsai's high score, do give yourself a pat on the back in the comments.

We do often include affiliate links to earn us some pennies. We are currently affiliated with GOG and Humble Store. See more here.
About the author - Liam Dawe
I am the owner of GamingOnLinux. After discovering Linux back in the days of Mandrake in 2003, I constantly came back to check on the progress of Linux until Ubuntu appeared on the scene and it helped me to really love it. You can reach me easily by emailing GamingOnLinux directly.
See more from me
Some you may have missed, popular articles from the last month:
The comments on this article are closed.
2 comments
Samsai 28 May, 2019

View PC info
I can highly recommend the game. It doesn't look like much but it controls really well, the gameplay just works and the soundtrack fits into the game and is enjoyable to listen to. Also, I just did a 1 500 000 point run completely cold just to see how well I compared to Liam's recording. He still needs to play a bit of catch up. :P
0 Likes

Quoting: SamsaiI can highly recommend the game. It doesn't look like much but it controls really well, the gameplay just works and the soundtrack fits into the game and is enjoyable to listen to. Also, I just did a 1 500 000 point run completely cold just to see how well I compared to Liam's recording. He still needs to play a bit of catch up. :P

You are dead to me.
0 Likes
While you're here, please consider supporting GamingOnLinux on: