For those with newer NVIDIA GPUs, you can now try out Quake II RTX which just released with Linux support. Really nice to see Lightspeed Studios and NVIDIA make Linux a first-class citizen for this with same-day support.

As a reminder on what it is:

Quake II RTX is fully ray-traced and includes the 3 levels from the original shareware distribution.

Quake II RTX builds on the work of Christoph Schied and the team at the Karlsruhe Institute of Technology, who added ray tracing to Quake II to create Q2VKPT (in turn building upon the Q2PRO code base). NVIDIA has introduced new path-traced visual effects, has improved texturing, and has made dozens of other changes and improvements, resulting in an experience that rivals games created today, and pushes your RTX hardware to the limit. 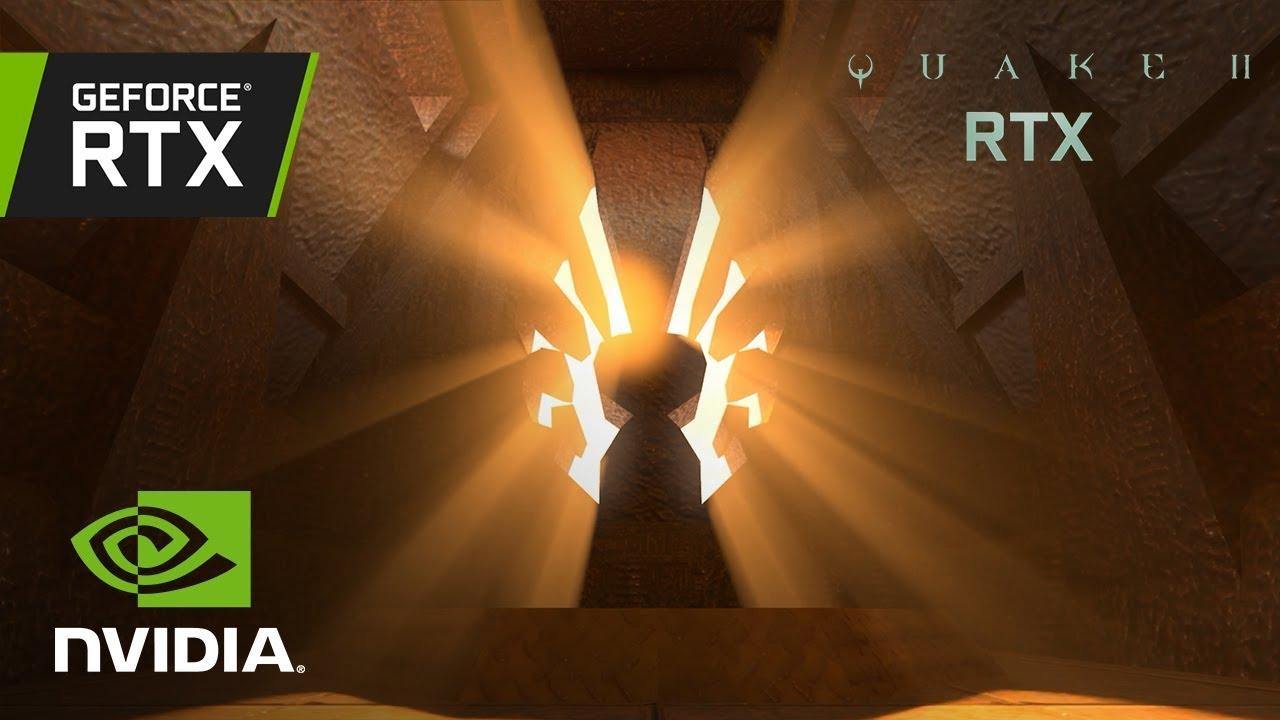 If you own the original Quake II, it can work with the files to unlock the full game and give you online multiplayer too.

For the Linux version, if you have a card older than the GeForce 20 series, you will need to use the NVIDIA Vulkan Beta Driver at least version 418.52.05 which included support for the VK_NV_ray_tracing extension for certain older models. For those with newer NVIDIA GPUs like the NVIDIA 2060 and above you will need at least driver version 410.66, which added in the ray tracing support.

You can grab it from Steam or the official NVIDIA website. You can also find the full source code (minus assets) on GitHub.

View PC info
Quake II was the most engraving Shooter for me of all time. And is still, beside Doom 3 and 2016 and Quake 4, one of my favorite games ever :D

I'm kind of excited to see my beloved classic shooter in such nice visuals :D

Oh NVIDIA, you have me, I don't appreciate all of what you're doing especially your efforts in cutting down AMD in the GPU market with NVIDIA exclusive frameworks such as Hairworx, PhysX and all the other Nvidia Game works stuff which is STILL not available for Linux, I mean c'mon NVidia ... whats that?

But now you MIGHT prevent me from switching from NVidia to AMD GPUs ... MAYBEEEEEE. Let's see where this all leads to. And what AMDs new Navi GPU will offer :D

Edit 2: Okay according to vulkaninfo it's there :D

With my Kernel Linux 5.1.6 the only method for compile is:

But, with these switches I don't have CUDA. Seems important for Nvidia card, if not tell me please.
1 Likes, Who?

View PC info
Well I did give it a shot with my humble GPU, at least it runs. With a lower resolution it runs a tad faster, not very playable though, aiming is a pain :) 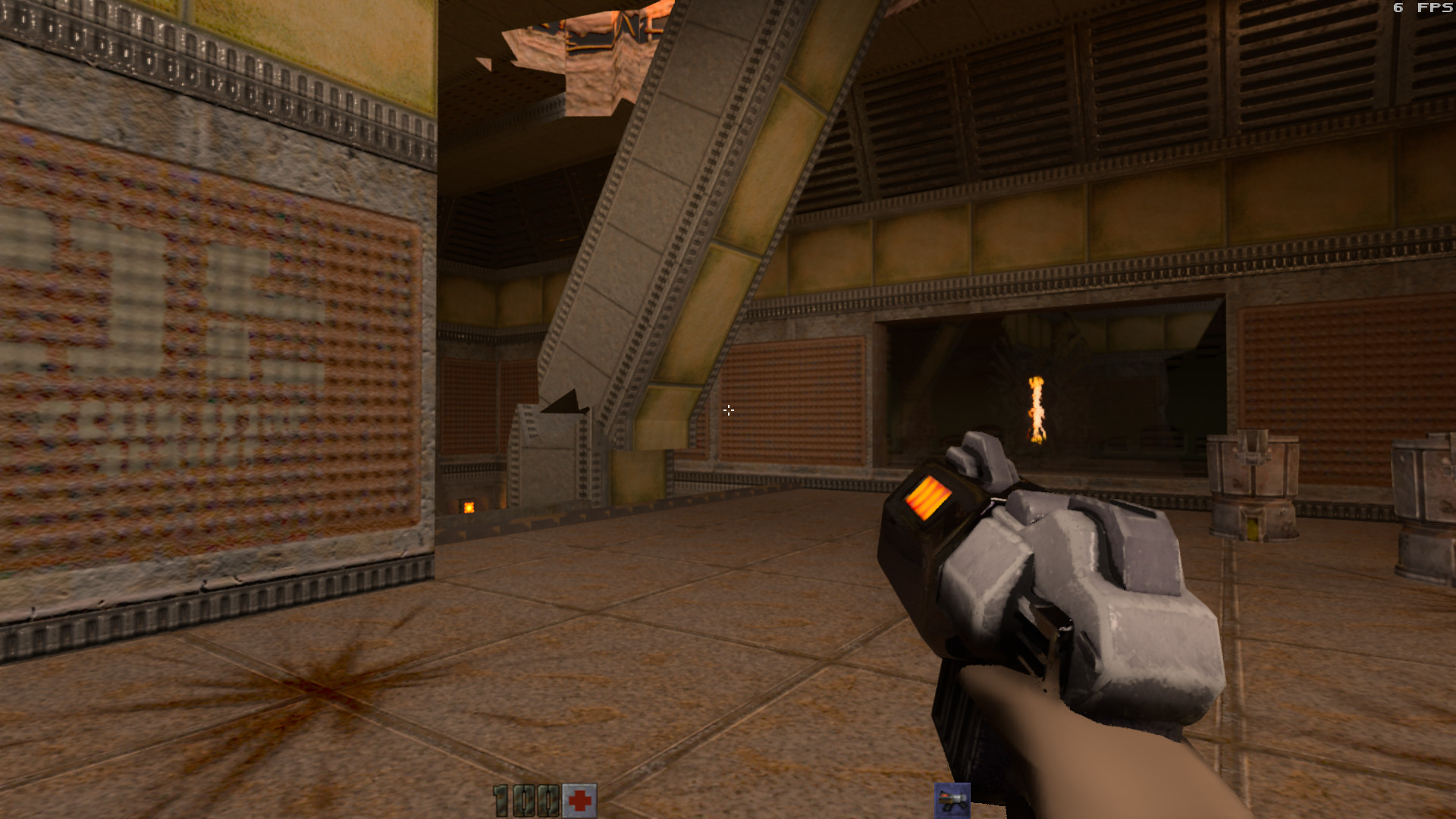 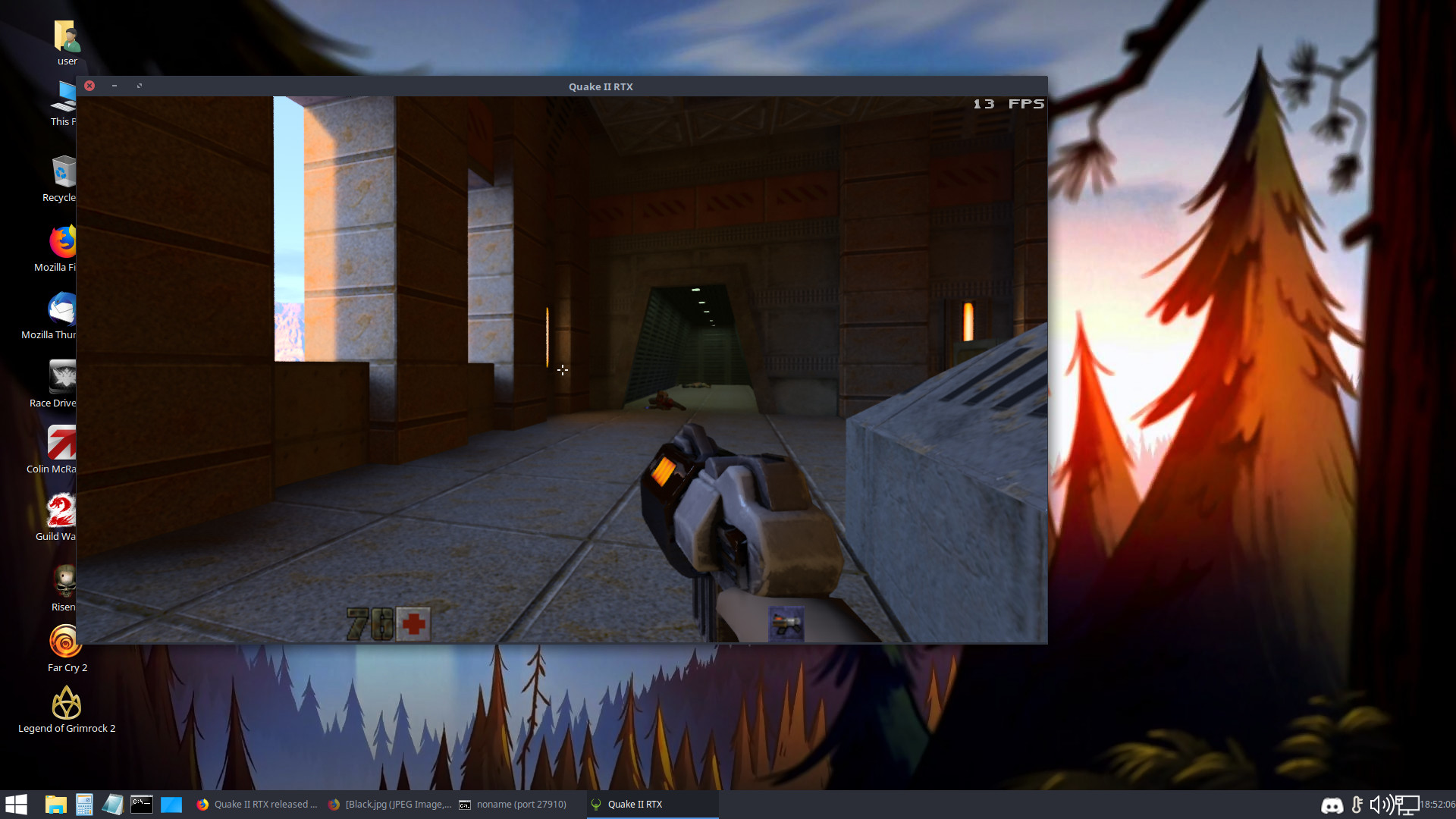 View PC info
Everything maxed out @ 3440x1440 gave me 35-40 fps. Which with gsync would normally be reasonable to play something, but I couldn't aim with it to save my life. Lowering the rendering resolution to 80% upped it to 60 fps and got me a long much much better.

Even though it may not seem like much, I'm still quite impressed with it as a tech demo. Doing diffuse path tracing for lighting in insanely computationally expensive. My own little renders in Blender's Cycles renderer took 10 hours to do. Doing anything in realtime at all is pretty amazing.
3 Likes, Who?

View PC info
This is nice as a tech demo and great as a source reference for developers, but compared to the original, this looks uuuuugly. It's so bright and all the atmosphere has been lost.
3 Likes, Who?

View PC info
sweet! there is a linux version available from the steam page
0 Likes

View PC info
Oh wow, it run on my tiny GTX1060 but at 7 to 10fps on default RTX settings, but it does have OpenGL support which turns off all the goodies but then runs at 1000fps, yes you read that right 1000fps with a drop to 999fps at times but i did have cel shading x3 on:P
1 Likes, Who?

Quoting: rustybroomhandleThis is nice as a tech demo and great as a source reference for developers, but compared to the original, this looks uuuuugly. It's so bright and all the atmosphere has been lost.

Yeah, it's a bit like the “sitcom effect” (or “soap-opera effect” if you prefer) you get with high-framerate video. It looks too real. Sometimes “better” is worse.
0 Likes

View PC info
We should keep in mind that this is the first official release of Quake II since forever for Linux. Pretty sweet that nvidia released it for Linux too.
3 Likes, Who?
1/2»
While you're here, please consider supporting GamingOnLinux on: