Oh no, this is going to be bad for my free time. Forager just got the first major update since release and it sounds great.

The "Appreciation Update" landed yesterday, adding in new game modes including a Single Island Challenge and a Speedrun Mode. There's a new weather system with visual effects and in a future update weather will have gameplay modifiers. There's a new Carpentry Station building with 10 new decorative items, they improved sunrise and sunsets, a bunch of new in-game options were added, improved saving mechanic to hopefully not lose any progress, enemy and boss max HP was increased, a button to auto-sort your inventory was added and some "secret" options. There's also quite a lot of bug fixes included. 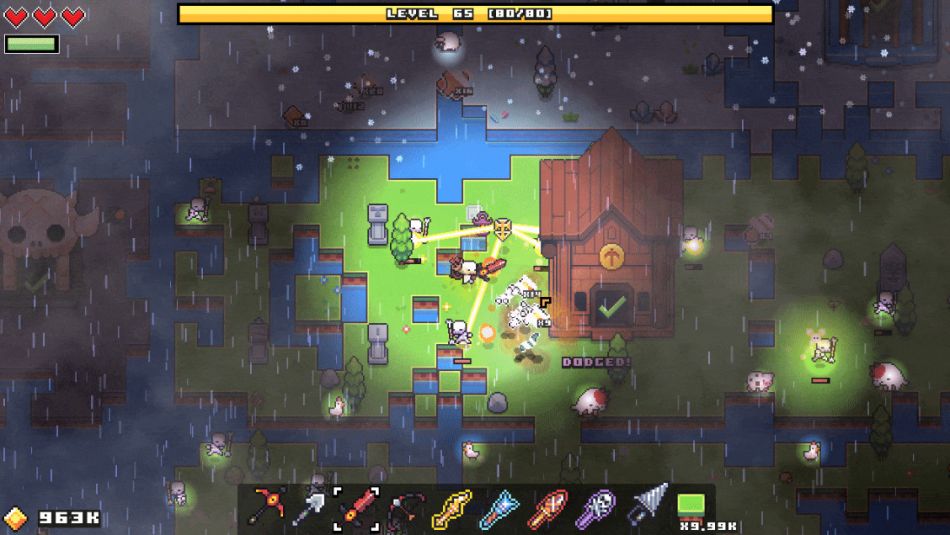 All sounds great, however they have plenty more coming to Forager! With a big update coming in each season across Summer, Fall and Winter. These updates will add quite a lot of new content like new biomes, a "Hard" mode, online multiplayer, new enemies and so on.

As a reminder, the Linux version does have one major issue which is you will need to turn on Vsync, otherwise it runs far too fast. It's a bug in GameMaker affecting multiple titles, so hopefully it can be fixed soon. There also seems to sadly be no gamepad support in the Linux version.

You can grab it from Humble Store and Steam. The Linux build sadly still isn't on GOG, as I understand it GOG is waiting on the frame-speed issue being fixed.

I am the owner of GamingOnLinux. After discovering Linux back in the days of Mandrake in 2003, I constantly came back to check on the progress of Linux until Ubuntu appeared on the scene and it helped me to really love it. You can reach me easily by emailing GamingOnLinux directly.
See more from me
Some you may have missed, popular articles from the last month:
The comments on this article are closed.
1 comment
naegling23 9 Jun, 2019
this was a game on my list, but no gamepad support? Is it something that you can easily work around with a steam controller, or is it just broken and planning on being fixed later? I might have to keep waiting this one out if there are gamebreaking (for me at least) bugs.
0 Likes
While you're here, please consider supporting GamingOnLinux on: