Oh goodie, more space action goodness! Underspace from Pastaspace Interactive is on Kickstarter looking for funding and it seems like quite a promising game.

Underspace is about exploring an alien galaxy filled with vast interstellar wonders, and confronting the terrors that lay within them. It is an open-world space arcade dogfighting game, where every star system is crafted by hand, and every star system has something to see or do. But beware! Any star system you end up in is ruled by the storms. 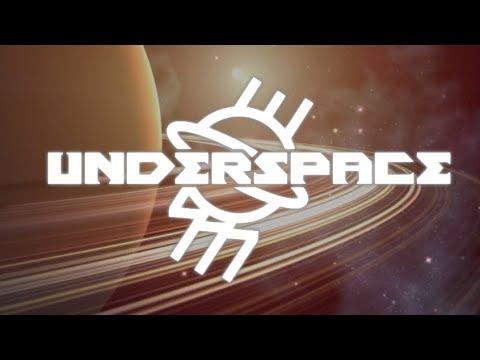 What features it's planned to have:

Yesterday, the developer put up a Linux demo which I've given a spin and it works great on Manjaro. It's a little confusing since the tutorials are basic pictures and text you flick-through but I liked the feel of it. It's rough but then it is an early demo and it's promising enough that I'm keen to see this one nicely polished. I like that it's not randomly generated too, so it will be interesting to see what kind of encounters they will be adding into it.

They're not asking for a big sum, the campaign total is only $10K which is pretty low. This seems to be due to the game already having all the core features in place. They said their aim now is to just finish all the actual content for you to explore as some of it is a bit basic right now to show it off.

View PC info
Especially if anyone was a fan of the game Freelancer back in the day (an inspiration for these devs), this title sounds terrific. There's a nice Youtube Space Game Junkie podcast interview with the devs as well. Especially given its hand-crafted nature, quirky universe, and emphasis on exploration (rare for the genre) this absolutely sounds like one worth backing. While I haven't tried the demo yet, the podcasters mentioned that they've already nailed the feel of mouse control of "flight," which is exciting...

View PC info
phew. i would really love to play a new freelancer-like game with multiplayer-support. But this crazy stuff like windmills in space is to much for me.
0 Likes

View PC info
I like their hand-crafted star system, as it makes exploration and progression more meaningful and engaging. At the same time though, hand-crafted systems could run out of things to do, although assuming one has played 10s of hours and has only seen 10% of the entire system, there is plenty more scope. If you've played 10 hours and seen 90% of the system, not so good.
0 Likes

Quoting: g000h...At the same time though, hand-crafted systems could run out of things to do, although assuming one has played 10s of hours and has only seen 10% of the entire system, there is plenty more scope. If you've played 10 hours and seen 90% of the system, not so good.

Totally agree, and listening to the interview with the devs, it sounds like they are aware of this, which gives me hope. If it's the former, maybe an instant classic, while if it's the later, it'll be disappointing. It's also great foder for add-ons and community events as well.
0 Likes

View PC info
Anyone get the demo working yet?
0 Likes
While you're here, please consider supporting GamingOnLinux on: