Any fans of Final Fantasy VIII reading? You're going to want to keep an eye on the in-development game engine OpenVIII.

While it doesn't seem like it's currently playable, plenty of work has already gone into OpenVIII to work with "video support, music support, audio support, in-game menu" and more. The project is currently classed by the developer as a "pre-prototype" so don't go getting any hopes up yet about playing Final Fantasy VIII natively on Linux. 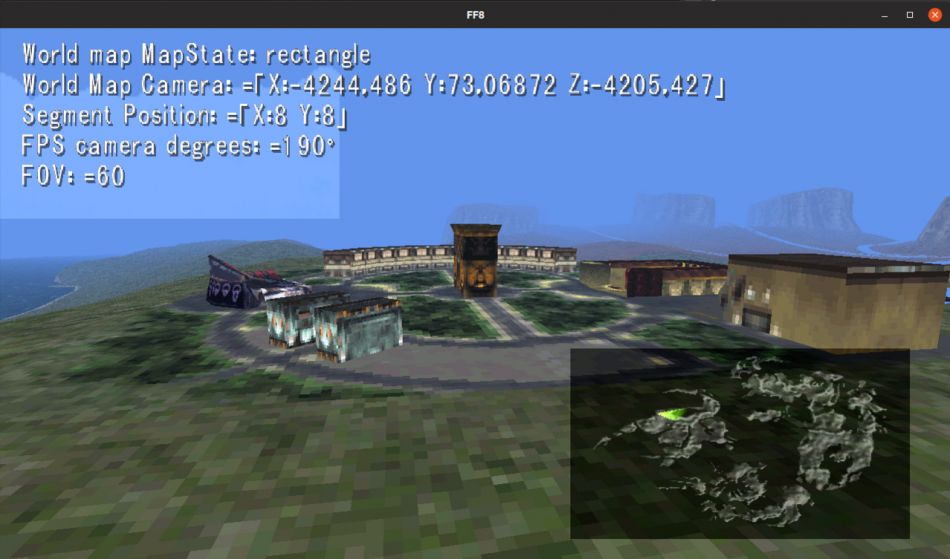 Linux support is part of the plan, as the OpenVIII game engine is built with Linux in mind using OpenGL along with plans for modding support, unlocked frame-rate, higher resolution support and more.

This is why open source is awesome, people coming together to revive old classics for everyone to enjoy on modern systems. I will be keeping an eye on this one to give it a test when it's playable.

You can find it on GitHub under the MIT license, with more info about it here.

View PC info
!! of all the- Owo it's the first one i played.. and i remember it got so much hate from the older fans, but i still love it so. hell, i really hope this goes somewhere. they say they started this before a remaster was announced.. makes sense. tbh i would be tempted to get involved in modding this one. damn. I WON'T HAVE IT! *strikes at the air* I WON'T HAVE ANYONE SPEAK OF IT IN THE PAST TENSE!
2 Likes, Who?

Also, OpenGL is good, but Vulkan would probably age more gracefully. More work in the short term, but less in the long run.

All that aside, it looks interesting. :) FF8 had FF7 to compete with, so it was never a fair comparison. FF8's unique magic system was pretty cool, too. If you're extremely patient for a many-hours-long grind, you could even unlock late-game weapons and spells early with all the various magic and item-crafting skills you can gain.

FF8 took away the emphasis on "levelling" and turned it into a strategists' game: what kinds of stats do you buff with your characters and why? On the other hand, it did homogenize the PCs to some degree, but weapons and Limit Breaks abilities did keep things interesting ("The End" on the last boss, anyone? ;) )
2 Likes, Who?

Quoting: tmtvlC#, huh. A shame, I'd have loved to contribute some code, but if it's C# I can't. Still looking forward to what comes out.

Still popular on Windows and this seams to be a project by a Windows dev.
0 Likes

Quoting: GuestOk, sounds cool but there is something i do not understand: Doesn't FF8 works with ePSXe ? And ePSXe has a Linux version. (But i confess i haven't used it in years)

Quoting: GuestOk, sounds cool but there is something i do not understand: Doesn't FF8 works with ePSXe ? And ePSXe has a Linux version. (But i confess i haven't used it in years)

Kinda worrisome Linux users are not seeing the advantages of having a free engine has over running an old binary in an emulator... Saw similar comments when Beamdog poached off one of GemRB's main devs "Too bad about GemRB, but you can just run these shiny new remasters (for now), isn't that great?". Having a free engine, free source code, for a game is INFINITELY better than having a way to emulate it from a modding and even preservation view point.

I mean, we all understand running Morrowind in OpenMW is better than Gambryo Morrowind running in Wine. Right?
4 Likes, Who?

Quoting: DesumI mean, we all understand running Morrowind in OpenMW is better than Gambryo Morrowind running in Wine. Right?

The newer the code base running your game (the game's engine), the better it will run an old game's assets on newer machines into the future, so far as I know...

Quoting: DesumI mean, we all understand running Morrowind in OpenMW is better than Gambryo Morrowind running in Wine. Right?

The newer the code base running your game (the game's engine), the better it will run an old game's assets on newer machines into the future, so far as I know...

Is that correct? Not sure if I understand precisely why... :/

No emulator is perfect for one thing, nor are they particularly apt at making games look better at current year resolutions. The issues you'd face playing the games aside, having source code is always better than having even a F/OSS emulator to run the game in from a preservation standpoint. It also renders the game infinitely more moddable. You can, in theory, make the "Squall is dead" hypothesis a blatant reality via mods with somethign like OpenVIII. Much more of a challenge to do that with the old PS1 iso or even the PC version without proper mod support.

That would be great had it been the case FF8 wouldn't have been the one game that kept being skipped when re releasing the other Final Fantasy games ...

Hence why Square announcing a "remastered" edition of Final Fantasy 8 made so many fans beyond happy because of lot of the original code was lost . The original CGI cutscenes assets were lost too (hence why they are so blurry in the "remastered edition" it's essentialy the PC version ones with the resolution of that time then upscaled to fit the screen"
1 Likes, Who?
1/2»
While you're here, please consider supporting GamingOnLinux on: