With the latest update to Dota Underlords now out, Valve continue moving quickly to make it a highly polished gameplay experience.

Firstly, some characters actually got their voices back including: Doom, Drow, Enchantress, Lina, Luna, Mirana, Shadow Fiend, Phantom Assassin, Queen of Pain, Templar Assassin and Windranger. That actually makes it feel a little more polished and less lonely in a way, just one of those nice touches. 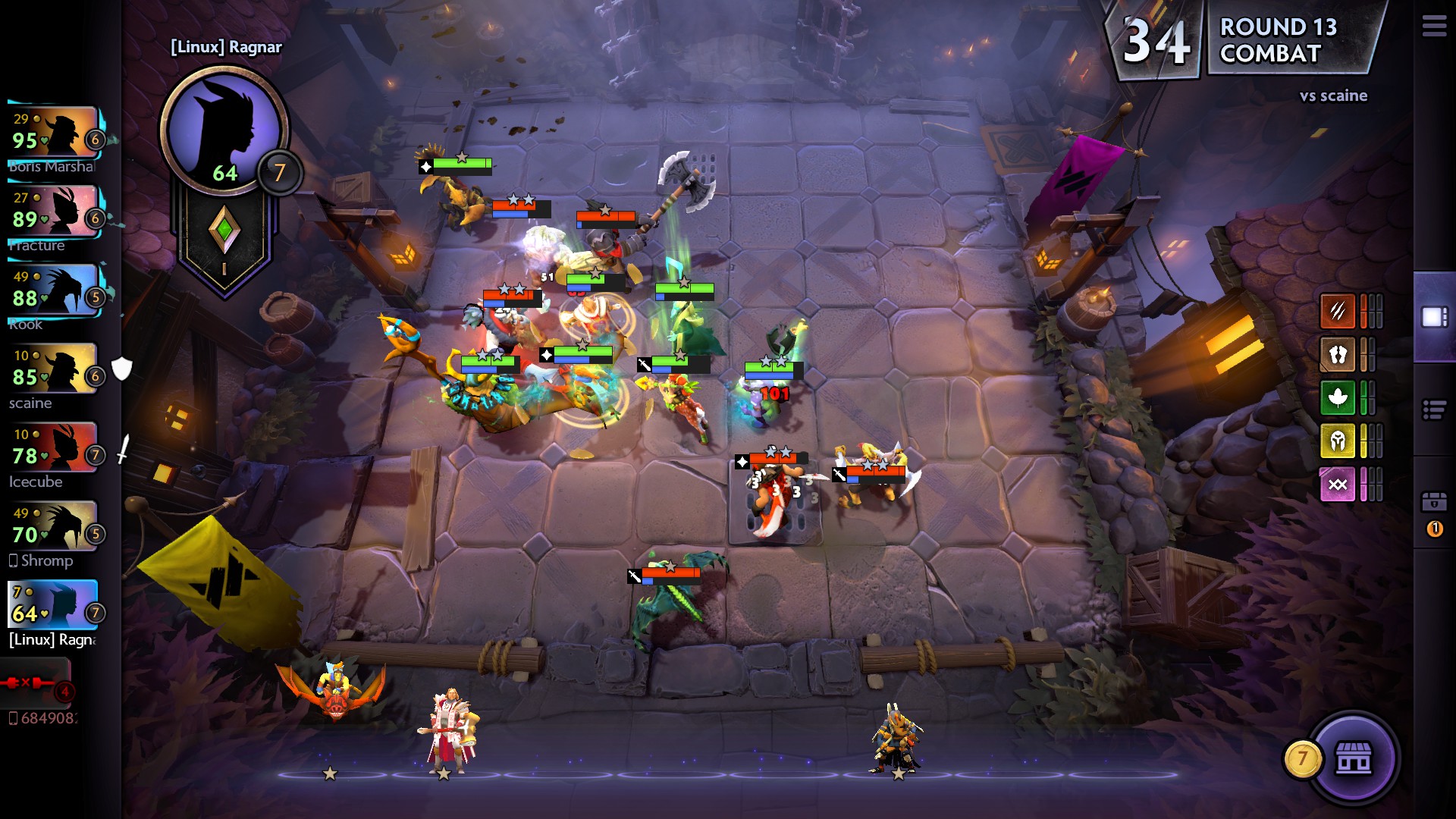 The game should seem a lot smoother now too, as Valve say they've done "Large" performance improvements for all the platforms. In all my hours, I've not actually noticed any performance issues, Valve have done a very good job on the Linux version as it's very smooth.

There's a new handy tooltip included when hovering over your and other players level, to show XP progress and your odds of getting each tier of hero in the shop: 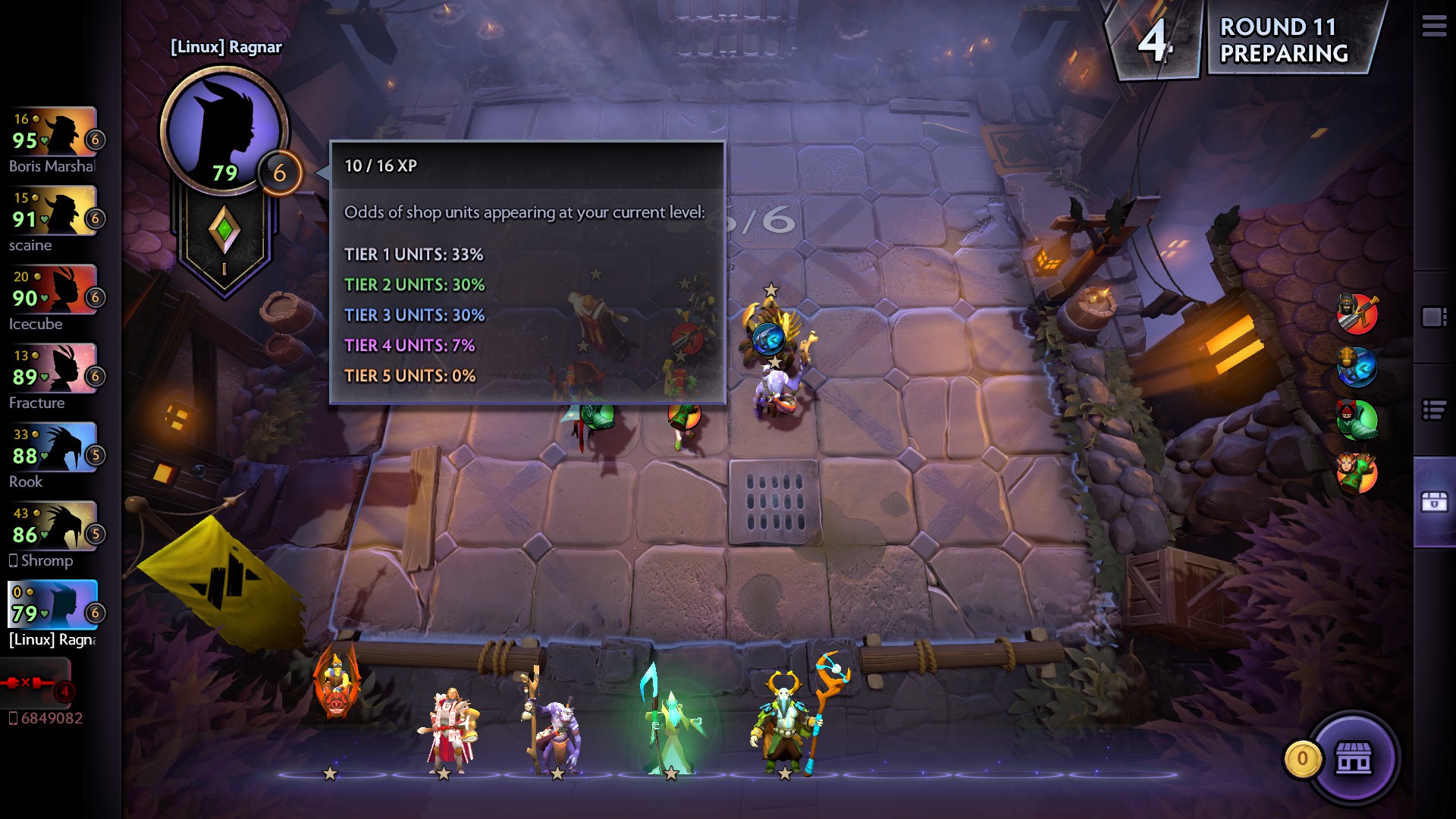 Another very handy change, is that you can now bring up an info panel about a Hero directly from the shop interface. I did suggest to Valve to add a quick-sort to the seasonal info panel (the book icon in the shop) but their way is much nicer. Now when you hover over a Hero, a question mark will appear allowing you to click it and quickly get an info card: 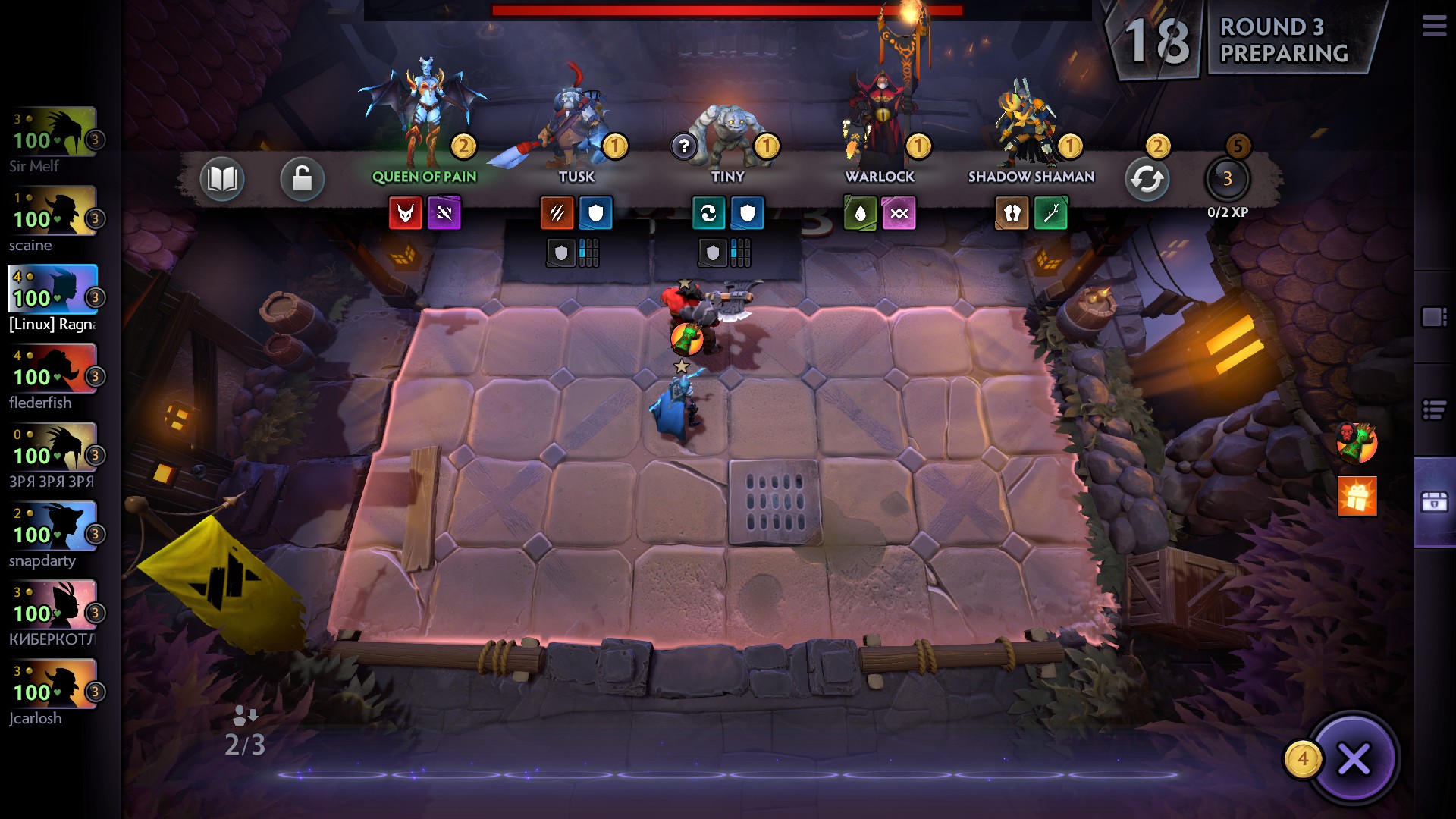 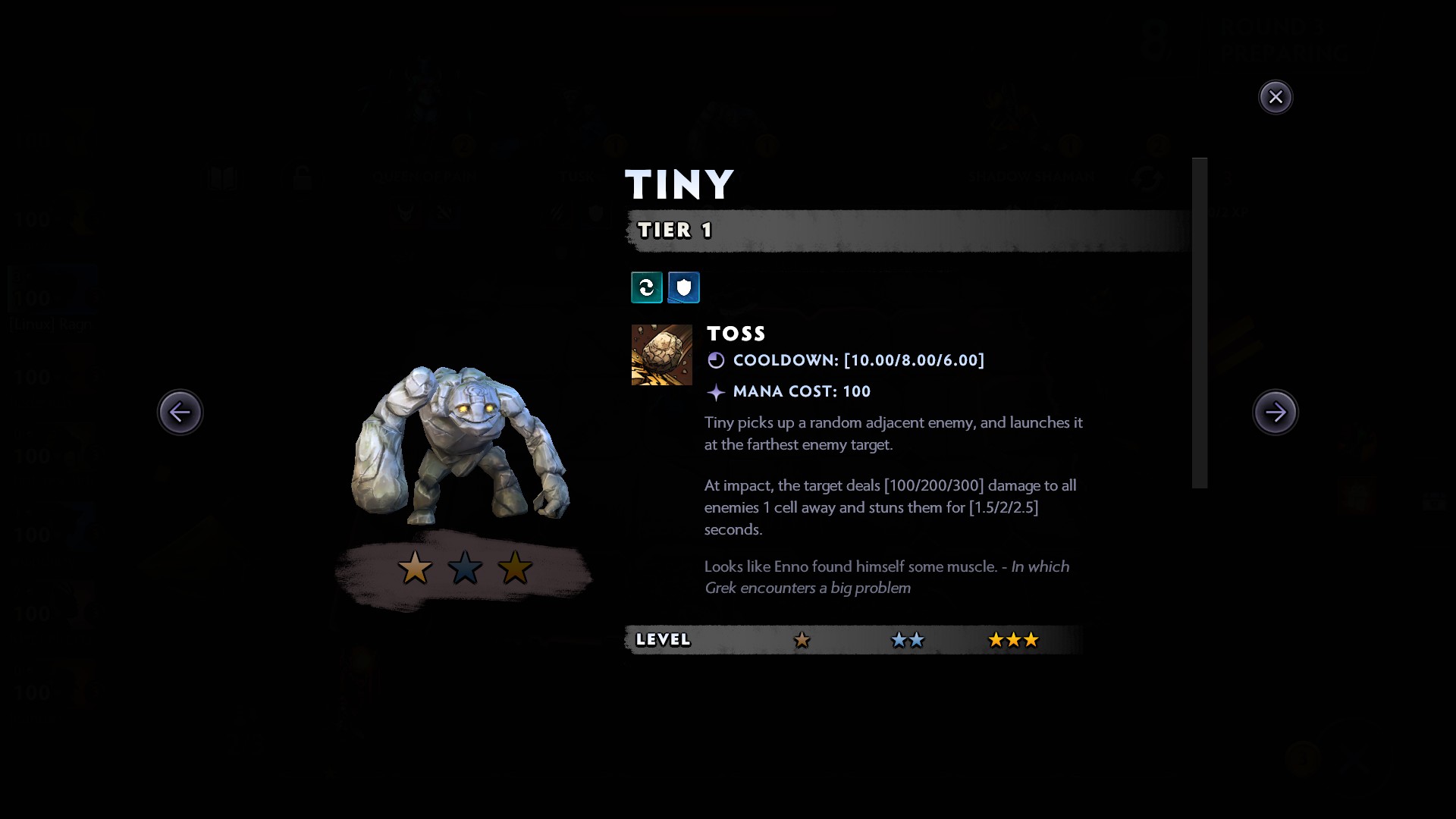 This is great, it was needed quite badly especially for those who either don't play Dota 2 to know the Heroes or for those who perhaps haven't played in a long time, that and the Heroes in Dota Underlords aren't exactly the same so being able to quickly make a decision on who to buy is a big improvement.

Global sounds that were added recently, for you to hear other's battles was removed in this patch. Valve said it's "going back in the lab" so hopefully they can find a way to get it making a little more sense. Roshan is also back from vacation apparently.

There's a bunch of other smaller changes including seeing what units are affected by global items when hovering over, a difference to how benched units are highlited for alliances if putting them on the board wouldn't advance the alliance, clicking outside the shop now closes it, the victory screen should now show up properly if you win and so on. There's also a bunch of balance changes and multiple other fixes, you can see the full notes here.

My biggest problem with Dota Underlords, despite me loving the gameplay, is the randomness of the shop system for picking Heroes. There is a certain element of you needing to be flexible in what alliances you go for of course, a lot of that is down to practice, it's a game where getting good at it and understanding what to go for properly will come with a lot of time. I think the new info panel added in this update, is likely going to help with that.

Hopefully soon the party system will see some needed improvements, it's not intuitive at all and confusing in a few ways. It seems you can't join a party, if you've already set one up even with no one else in it for example and lots of little issues like that. They're taking it in a good direction though, I continue to be impressed with it. You can find Dota Underlords free on Steam.

View PC info
I was doing alright in both matches where you took those screenshots, but ended up bombing out in fifth and fourth places. And that's because, as you say in the article, the shop RNG will either make or break your game.

On the other hand, it's engaging enough that I've sank nearly 40 hours into it. And it's free. So it's definitely incredible value!
1 Likes, Who?

View PC info
I wasn't aware of the unit limit - thanks for that. A Morphling is only 2 coins, so there should have been 35 available. I had 8 Morphlings on my bench (2x2-star and 2x1-star), leaving 27 available. But who knows, maybe 3 other players had already 3-starred their Morphlings? I didn't pay that much attention to the opposing teams.

Good to know though! Thanks!
0 Likes
While you're here, please consider supporting GamingOnLinux on: