When players buy the Dota 2 Battle Pass, 25% of it goes towards the prize pool for the tournament while giving players a bunch of extras. Last year's prize pool was a total of around $25,532,177 which itself was record-breaking at the time. This year though, it's broken it yet again with it currently sitting at $25,654,923 and there's still quite a lot of time to go.

That's an absolutely eye-watering sum of money, although it is split across a number of teams. Even so, looking over last year even the teams that came 17th-18th managed to get over $63K which is still a huge amount of money.

Not surprising though, since Dota 2 remains one of the most popular games on Steam regularly hitting well over seven hundred thousand players online at the same time: 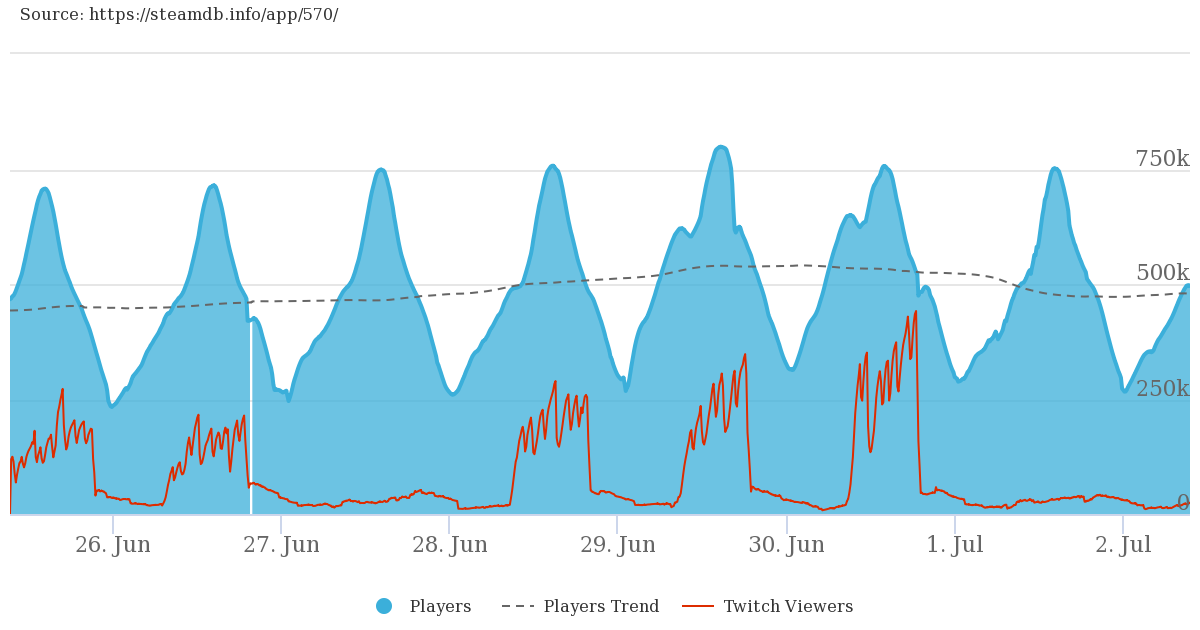 It's also worth noting that the base prize pool from Valve was $1.6 million, so over $24 million is from players buying the Battle Pass. If that much is from a 25% cut, Valve themselves are pulling in a pretty large sum from this each year as well since the other 75% goes directly to them. Certainly makes you think doesn't it?

Ever have one of those days that makes you question what you're doing? I think I need to play more Dota 2…