The developer has clearly listed Linux as a platform both on the Kickstarter and Steam page, after I pointed out neither actually said anything about platforms so that's nice to see.

Set in New England during the mid-nineteenth century, the game takes place in a dark mansion full of dangers. The developer said that every action you take, can alter the course of the story which sounds interesting. 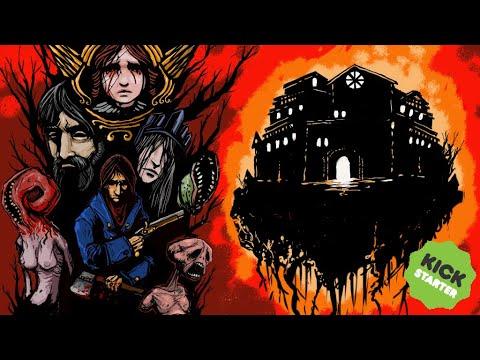 The campaign on Kickstarter runs until July 26th, with a goal of €15,000 they already have over €3,000 pledged. Going by the current trend, it looks like they might just hit it.

View PC info
After Shenmue 3 I have decided to not back more Kickstarter projects -at least for the time being- but I wish them luck. If they eventually release it for Linux I'll be happy to give it a go as it looks quite good.
4 Likes, Who?

View PC info
Wow, I absolutely love it!
I hope that they put the main emphasis on the creepy storytelling instead of action though. And well, one can still hope for 21:9 support. :D
1 Likes, Who?

View PC info
They support us, so we should support them. ;)

Guess I will instant pledge. Only about three weeks left...
0 Likes

View PC info
Looks good - but why not GOG? :|
0 Likes
While you're here, please consider supporting GamingOnLinux on: