Valve continue to move at a rapid pace to improve their strategy game Dota Underlords, with the most recent patch adding in some new features that were needed.

Since entering Early Access last month, Dota Underlords continues to pull in a good amount of players with a 24 hour peak of over 97K. Not quite as impressive as when it first arrived, but it's only natural once the initial rush has subsided. I expect Underlords to have a good life though, Valve seem to have learned a lot of lessons from the failure of Artifact.

So what's new this week? They've now added a Scoreboard, which you can bring up by pressing TAB. It's pretty handy, since it tells you what Heroes each player has which is much quicker than looking at each board: 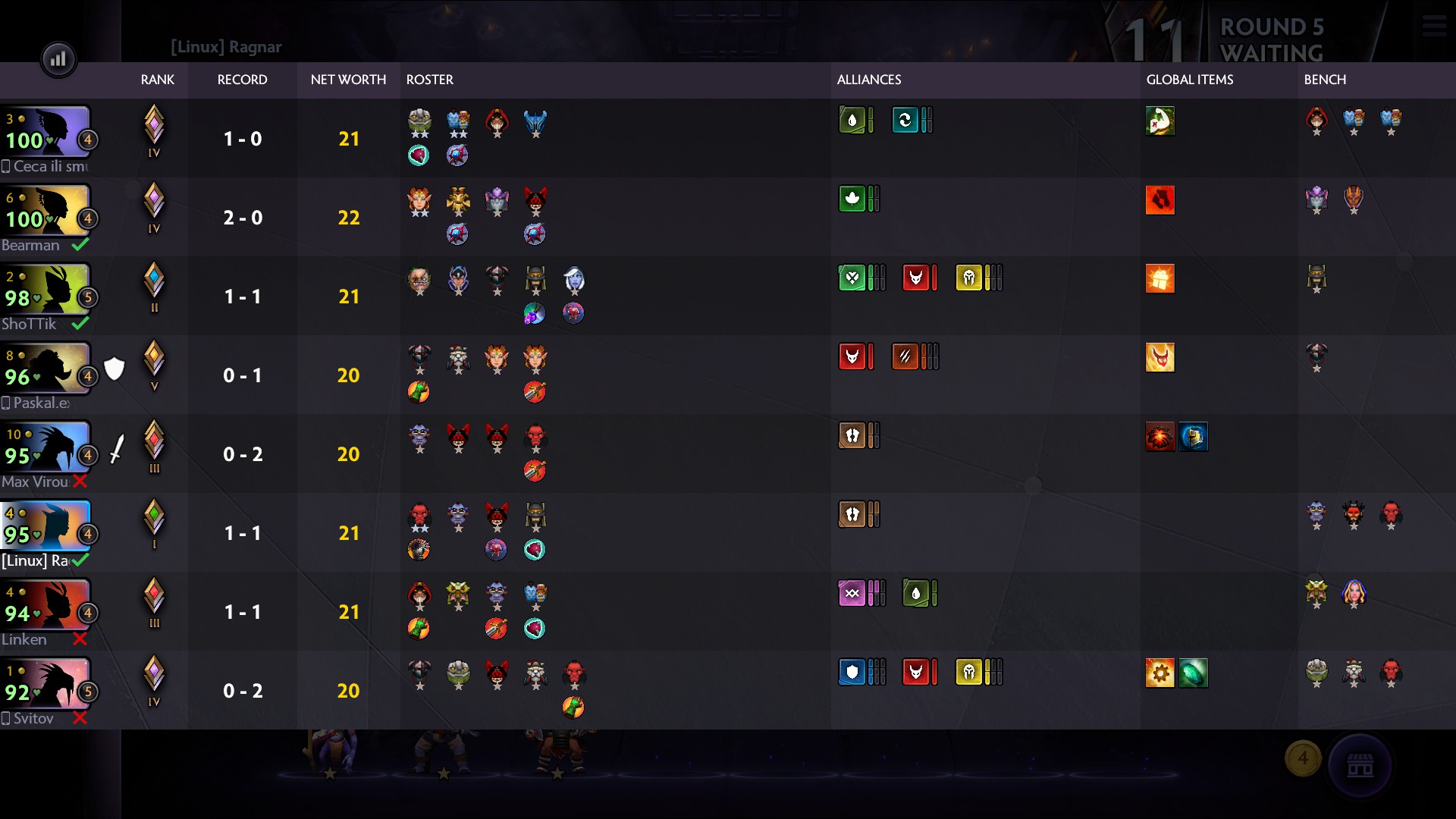 As for what else is new: Valve also adjusted the lighting on the board, to help brighten it up a bit. Also new is a Leaderboard on the official site, although it's extremely basic right now. There's some new visuals for the Kill Streak, you can find update notes in-game, Hero voice over is now spatialized to match where they're located, various UI improvements along with all the usual balance changes and bug fixes.

Next week we should see another interesting update too. Going by previous updates notes, they already mentioned that they will be adding in some progression. This will include a "Proto-Battle Pass" which will allow them to gather feedback on what does and doesn't work for it, along with seeing what players will want from it when Season 1 officially starts.

Have you played it, are you enjoying it? Do give some thoughts in the comments.

View PC info
Im enjoying it, have to admit I play more on my phone than on the PC, but the shared account is appreciated.

My only gripe is that games take a fraction too long. If they were shorter I could easily use this as a filler game.
1 Likes, Who?

They did confirm plans for a Turbo mode :)
1 Likes, Who?

View PC info
I'm surprised how much I'm enjoying Underlords. I've never liked Dota and am not a fan of virtual card games like Artifact, but the gameplay loop here, the managing of economy, the strategy... it's got me hooked. I love to see this new side of Valve, where they're actually incredibly engaged with the community and responding to feedback very directly. It bodes very well for things to come.

You didn't give a reason for your preference, but if it's the interface, you can switch it over to the mobile interface on the desktop version in settings.
3 Likes, Who?

Janne 5 Jul, 2019
View PC info
I was just going to check it out, I thought. Now I see I have over 40 hours in it already. It is very engaging, and a lot of fun. The games do take a fair bit of time but that's not bad; if they were quicker I would probably squeeze in even more time in this game.
0 Likes

They did confirm plans for a Turbo mode :)

Turbo mode sounds nice in theory, but I wouldn't be surprised if this would make the game more sensitive to RNG than it is now.
0 Likes

View PC info
Not a fan of this game. I wish they would do something about the hero randomness and the length of the game.

I know they plan to make a shorter version but I just don't see how they will manage to do that since you already don't have enough time to buy and move around the heroes the way it is.
0 Likes
While you're here, please consider supporting GamingOnLinux on: