Valve continue to push out some more interesting updates to their auto-battler Dota Underlords, with it now having the first version of their prototype Battle Pass.

All beta testers during Early Access are granted it for free and like everything else in Underlords, Valve will be using it as a "learning experience". With it you can unlock banners, emotes, new board types along with a mix of daily and weekly challenges. You can earn XP (experience points) by playing online against others or against Hardcore level bots. 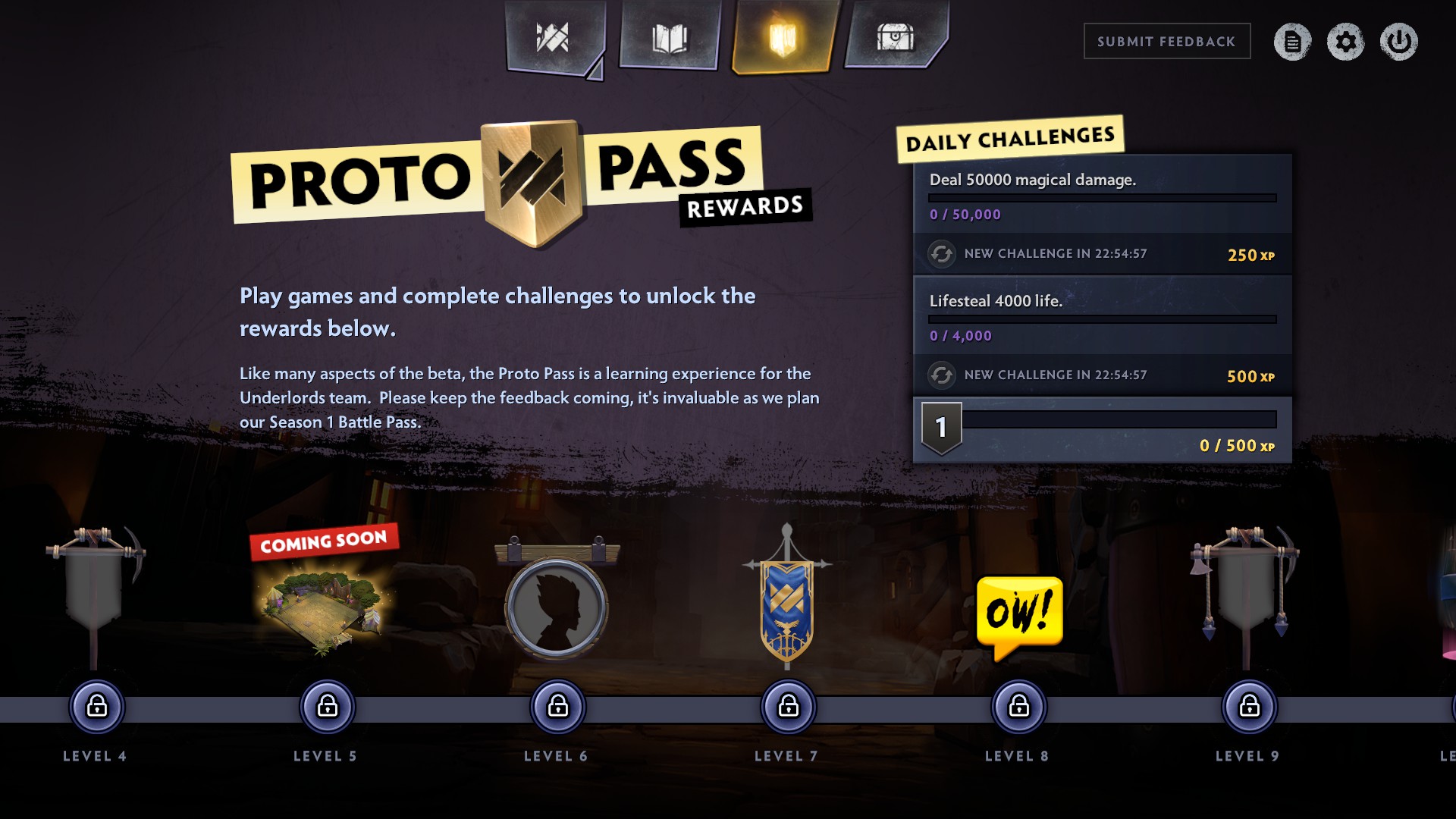 Battle Passes are what seem to be gradually replacing Loot Boxes, which is actually a good thing. With a Battle Pass system, you know what you're going to get and when you get it. It's a much clearer system, there's no gambling involved and so it's just better.

That's not all that's new. The update came with a bunch of other improvements and fixes as well. The Scoreboard UI was improved, the accuracy of matchmaking at high skill levels was increased, alliance effects should now correctly apply to summons along with various other smaller adjustments and bug fixes. For those of you who were picking the Aegis item, it will no longer preserves streaks and only activate on damage that would be fatal.

Underlords still seems to be doing quite well overall, with a peak today of over 90,000 players.

QuoteValve will be using it as a "learning experience"

AKA Can we have a Cowboy Ursa or a Cowboy Phantom Assassin...

(Story: Back in 2012 The Alpine Stalker set for Ursa in Dota2 was addend then removed after only a week. Then this year they add the Gothic Whisper for PA)

QuoteWith a Battle Pass system, you know what you're going to get and when you get it. It's a much clearer system, there's no gambling involved and so it's just better.

Sadly, it depend, for example the Dota one still relies on the chest system, and so it's still gambling, but it's nonetheless a lesser for of it (the Dota chests have things like escalating odds, displayed odds, and even displayed content -so you know if you are done before opening it- if your country require it IIRC Netherlands do that, and a few EU countries in the area)

But still, if they go the Season way, it may be a bit better still.

Just to be sure: it's only hats and cosmetics, right? I guess so, but I'm not playing enough Underlords to know.
0 Likes

Quoting: MisterPaytwickJust to be sure: it's only hats and cosmetics, right? I guess so, but I'm not playing enough Underlords to know.

So far it's things such as banners and a cooler win fireworks effect, and a different, brighter board design is coming soon.

I'm enjoying the game a lot, and the daily challenges are a good way to get yourself out of a rut; if they don't go the loot-box route I'll be happy to pay for a pass just to support it.


Last edited by Janne on 14 July 2019 at 4:37 am UTC
0 Likes
While you're here, please consider supporting GamingOnLinux on: