The developer of Streets of Rogue recently commented about supporting Linux

With Streets of Rogue having left Early Access recently, I'm sure plenty were wondering how it's done on Linux. Turns out the developer, Matt Dabrowski, actually made some interesting comments about it.

Curiously, the comment from Dabrowski turned up at a place I didn't quite expect. A dubious website offering free download links to various games, where it seems Dabrowski turned up to warn people away from it and instead try the older version on itch.io to get a feel for it. 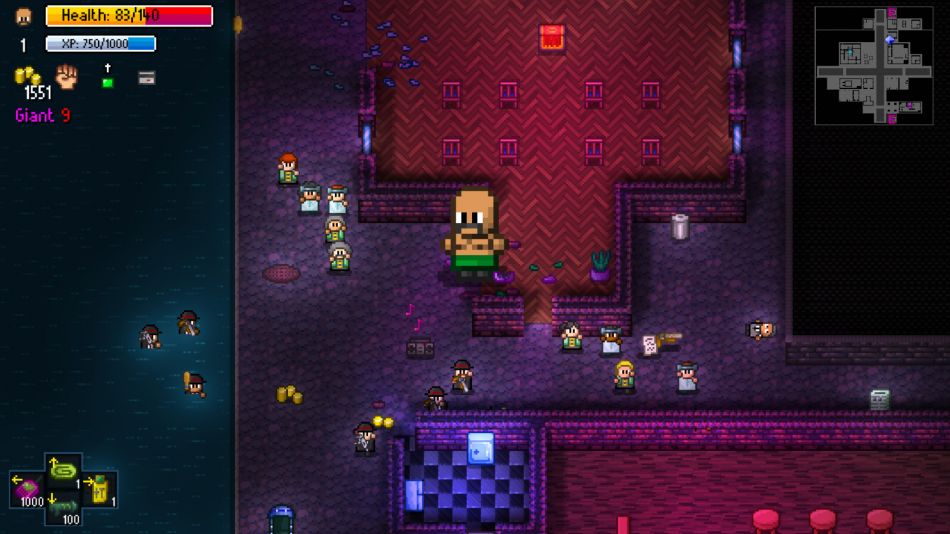 I won't link directly to the website in question, since I firmly believe you should support developers. However, you can see all their comments on their Disqus profile. Here's what they said:

Heya, porting to Linux basically involved telling Unity "make Linux build". Simple as it gets. There have been some Linux specific bugs that needed fixing, but nothing super major. Also more tech support involved, Linux users tend to have a lot more uncommon hardware/software configurations than Windows users do, which can sometimes have their own sets of issues with the game. I'm not sure what I would have done if I wasn't using Unity since I don't know how other engines handle things, but honestly I probably wouldn't have made a major effort toward it due to low sales (currently less than 0.5% of sales actually), unfortunately it just wouldn't have been cost effective. So yeah, convenience was definitely a big factor. Though I did always want Linux users to get to play the game if I had the opportunity to do so, and fortunately it worked out.

I like the honesty there. We really only got Linux support with Streets of Rogue because Unity made it easy enough to do so. This is important, since the lower the barrier the more likely a developer is to put up a Linux version. Thankfully Unity makes it simple most of the time if developers regularly test and ensure any plugins they go for support Linux too.

It's no secret I love this game, having livestreamed it on our Twitch Channel as well as writing about various updates to it since 2016, it's a game that's stuck with over a long period that not many others are able to (apart from Rocket League…).

You can grab Streets of Rogue on Humble Store and Steam. I highly recommend it, an absolutely fantastic time, a true riot to play with friends and just as hilarious by yourself. A game and developer worth your support for sure.

QuoteThough I did always want Linux users to get to play the game if I had the opportunity to do so, and fortunately it worked out.

That's what we've discussed lately. Artists want to enable as many people as possible to play their games.
1 Likes, Who?

QuoteThough I did always want Linux users to get to play the game if I had the opportunity to do so, and fortunately it worked out.

That's what we've discussed lately. Artists want to enable as many people as possible to play their games.

Indeed, I don't think anyone in their right mind actively wants to remove options from people, it's just business.
0 Likes

View PC info
Looking at the long term, like say, 5+ years, I think it would be worth our effort to heavily support Godot and any open source middleware as a means of encouraging more Linux games.

An open source game engine like Godot gives 1st class equal support to Linux as it does Windows, which makes targeting Linux dead easy. Plus, because it's open source, any Linux related bugs can be easily fixed up, and performance can be thoroughly optimised to match or exceed Windows, so the degree of Linux support isn't decided by financial motivations of a corporation. When we're at the whims of proprietary game engines and middleware, if they don't support Linux, or they have Linux related bugs or performance issues that are deemed low priority, then there's nothing much we can do to correct that situation. When the game engine is open source, the open source community can 'steer the ship' to an extent.

Another reason to support Godot and open source middleware, is because long term, it could become the most attractive solution for game development. With no licensing fees and it's MIT license, Godot could be adopted by everything from indie game devs to AAA studios eventually, if the industry gives it support. If that happens, you have game development largely occurring within a software package that can export to Linux with a click. And leans game development towards open technology (Vulkan, open file formats, etc), instead of closed technology. That's a huge win.

It will take years for Godot to get there of course, first Godot needs to hit it's 4.0 milestone and get it's Vulkan based renderer, which will add a lot of necessary functionality to Godot to make it suitable for larger scale games. That can be expected to occur around sometime early next year perhaps. But beyond that, there's no reason why it can't catch on. It would be far cheaper for the industry to adopt Godot too, than to rely on proprietary game engines and licensing.

View PC info
First "Supraland", now this. The story is basically the same: a developer lamenting about low GNU/Linux sales and me being completely uninterested in the games in question (would not even know about them if not for the news on this site).

Maybe the problem is in myself, but I am kinda stocked full on low-profile indie games (even more-so with regards to "retro"-styled pixellated ones) and want something modern-looking.

Still, a bitter taste in my mouth: I am almost feeling guilty the GNU/Linux sales are low, while my money gets wasted on some Windows-loving scammers like ArtPlay/505Games (of "Bloodscammed" fame) or Ice-Pick Lodge.

Not my year, probably. If things go the same way I will end up buying "X4: Foundations" at full price. :(


Last edited by Alm888 on 16 July 2019 at 12:29 pm UTC
2 Likes, Who?
Purple Library Guy 15 Jul, 2019
I'm with Liam on this: Clearly Linux sales of games are very low, so it's a bloody good thing game engines like Unity support us and make the barrier to making a Linux version pretty much equally low.
And I definitely think that the developer's assessment was forthright, but fair enough. Interesting note about Linux users tending to have more unusual hardware configurations. Makes sense, really.

View PC info
It's one of my favorite game for the last few years.

It's super fun, with lots of things to do differently with different characters.
1 Likes, Who?

View PC info
Slightly OT, but the website the developer is talking about is renowned for actively injecting their Windows packages with their own custom DLLs. So it's *really* not recommended downloading from that site!
0 Likes

View PC info
As an aside, I'm delighted that the dev chose to support us because while it an absolutley superb game, if it was Windows only, I wouldn't touch it with a bargepole. I've still hardly spent a penny on Windows games that work through Proton and that's unlikely to change for a few years yet.

View PC info
Bought some years ago. Couldn't play it the way I wanted because my controllers wouldn't work on it. The little I was able to play on my own I had a blast. I'm glad Unity made it possible!
0 Likes

Quoting: Alm888First "Supraland", now this. The story is basically the same: a developer lamenting about low GNU/Linux sales and me being completely uninterested in the games in question (would not even know about them if not for the news on this site).

You did not read the article. There's no "lamenting".... he says the sales are low, but also that it was easy to port and support.
1 Likes, Who?
1/2»
While you're here, please consider supporting GamingOnLinux on: