Taste of Power, a real-time strategy game from developer OneOcean is gearing up for a full release on August 27th. It's been in Early Access now for around seven months, so hopefully they've managed to polish it up. 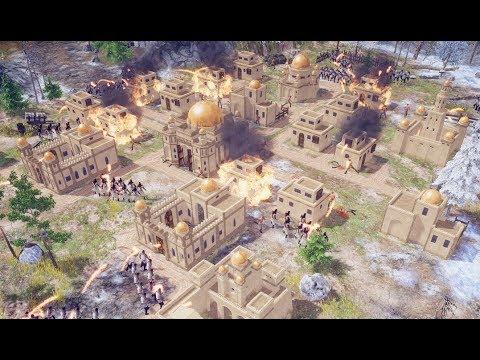 Set in an alternative Middle Ages, one which sees Europe, China and the Middle East fight for dominance it has some interesting ideas. Each side in Taste of Power has their own particular skills, defensive tactics, artillery and means of transport. In addition, the game features three different game modes: Art of War, Skirmish and Survival.

However, the last time I tried it the game was very rough. I haven't been able to test it recently, as the Linux version is currently outdated. The developer has replied, to mention that it will be sorted with the next update so that's good news.

For the final release, they're saying it will gain new maps, multiplayer and a campaign. They also said the interface, graphics and music will be improved. You can find Taste of Power on Steam.

View PC info
A bit strange that the trailer mentions Starcraft in the end, when this is clearly inspired by Age of Empires...
1 Likes, Who?

View PC info
I'm going to sound like a snob here. The game did not look very fluid. It looked more like an old game, not a new game. :(
0 Likes

View PC info
Hopefully the iron it out into a fluent experience.
Also , a minor nitpick , but :
The English text on the trailer seemed a bit broken to me.
0 Likes

Quoting: JuliusA bit strange that the trailer mentions Starcraft in the end, when this is clearly inspired by Age of Empires...

Well, but its not saying that it was inspired by Starcraft ( or inspired by anything else ) it just says that it was "made by the Starcraft fans".
0 Likes
While you're here, please consider supporting GamingOnLinux on: