Valve releases a new update to the Steam Client, nice Linux fixes made it in again

Valve have released a new stable version of the Steam Client today to add new features, improve existing features and catch some pesky bugs flying around.

There's some better "client logic" to choose and connect to download servers, which should hopefully give better download speeds, better connection login in initializing the friends list, screenshots in SteamVR Home should be sorted, a fix for certain web page elements continuing to render in the Steam client when it is minimized or closed to the system tray, some "improved reliability of registry saving on Linux and macOS" and the SteamVR dashboard should no longer obscure transition overlays when launching a game.

Steam Input also saw a bunch of changes, including multiple improvements for the Switch Pro controller. One thing that caught my eye was an additional setting, to allow you to change the x-input slot for Steam Input, allowing controllers to be swapped across players slots which sounds sweet. 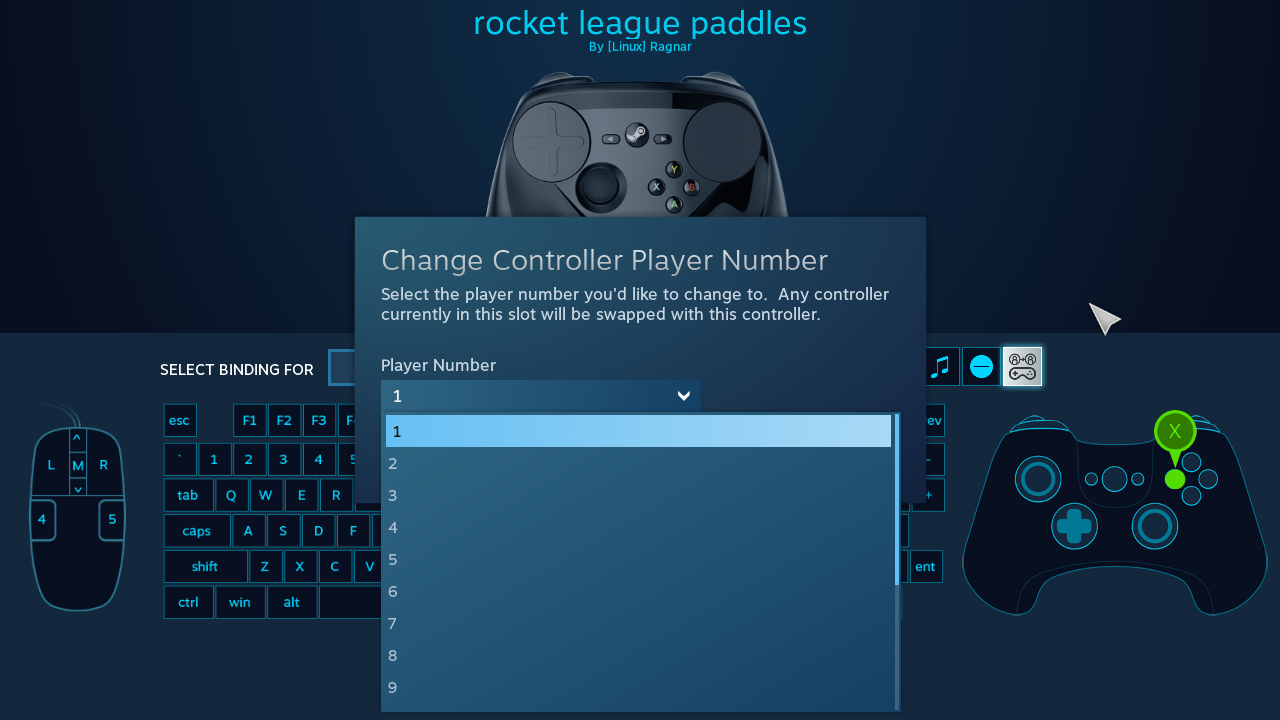 Steam Remote Play saw a few crash fixes, including two when playing non-Steam games. Say what you want about Valve, but fixing up issues relating to games not purchased on Steam is pretty great to see. Heck, even Big Picture Mode saw a couple improvements this time. It now properly hides password entry text in the in-game on-screen keyboard, they fixed non-Steam Controllers receiving a Steam Controller configuration on the login screen, the "hide device" option in Controller Settings was not being shown in some cases and the alignment of the Steam logo was off in several notifications.

For Linux users, they've improved the detection of some Linux versions "at steam update time", a crash was fixed caused by audio cards with no active port set, they now use the host's zenity program when available for basic dialogs during startup and they've also hooked up Steam Input's "action set change on cursor visibility feature", to allow games to have separate controls between a menu and in-game (with Dark Souls 3 being noted).

They've also improved the Shader Pre-Caching feature some more, to reduce the download size of Vulkan pipeline pre-caching data. Something I'm sure anyone with a bandwidth limit will appreciate.

Hopefully they're getting close to the public release of the new Steam Library design. They said over a month ago that a public beta was "weeks away", although this extra time does allow more game developers to sort out the required assets to look good in the new design.

We do often include affiliate links to earn us some pennies. We are currently affiliated with GOG and Humble Store. See more here.
About the author - Liam Dawe
I am the owner of GamingOnLinux. After discovering Linux back in the days of Mandrake in 2003, I constantly came back to check on the progress of Linux until Ubuntu appeared on the scene and it helped me to really love it. You can reach me easily by emailing GamingOnLinux directly.
See more from me
Some you may have missed, popular articles from the last month:
The comments on this article are closed.
27 comments
Page: 1/3»
Mal 17 Jul, 2019

Very OT question. My 2 xbone s controllers stopped to work with steam link last week. They pair with BT just fine but then whatever key I press nothing happens. Forget and re pair doesn't help. I didn't have the time to troubleshot the issue seriously but it doesn't hurt to ask if anyone else had this issue too.
0 Likes

View PC info
Those shader cache downloads were getting slightly silly. Borderlands 2 on proton generated 400 MB downloads. Good to have them look at the sizes.
4 Likes, Who?
gustavoyaraujo 17 Jul, 2019

View PC info
That bit about action sets being available when the cursor is detected is an exciting development. I haven't looked at Steam's controller configuration tool in, well, years I think, but I'll be taking a closer look at that feature sure and see if it's something Kozec might be interested in working into SCC. :)

Everything else is pretty groovy too.
1 Likes, Who?

Quoting: PatolaSo much love. I can't help but retribute in cash... Spending hundreds of dollars in support each month. :D

Completely irrelevant, but I see you're following Disney's trend of remaking cartoons as live-action.
4 Likes, Who?
x_wing 17 Jul, 2019

Quoting: MalVery OT question. My 2 xbone s controllers stopped to work with steam link last week. They pair with BT just fine but then whatever key I press nothing happens. Forget and re pair doesn't help. I didn't have the time to troubleshot the issue seriously but it doesn't hurt to ask if anyone else had this issue too.

I have an "Xbox Wireless Controller – Patrol Tech Special Edition" and it was working fine with my Steam Link a couple of nights ago. I won't be able to try it again for another 20 hours or so.
0 Likes

Quoting: MalVery OT question. My 2 xbone s controllers stopped to work with steam link last week. They pair with BT just fine but then whatever key I press nothing happens. Forget and re pair doesn't help. I didn't have the time to troubleshot the issue seriously but it doesn't hurt to ask if anyone else had this issue too.

Try installing xpadneo.
It solved all my problems with wireless xbone pads.
1 Likes, Who?

View PC info
I'm still waiting for the day I can turn off those damn notifications though, both in-game and when starting the client.
0 Likes

Quoting: TiedemannI'm still waiting for the day I can turn off those damn notifications though, both in-game and when starting the client.

But... you can!?
0 Likes
1/3»
While you're here, please consider supporting GamingOnLinux on: