Carcassonne is that you? Well if you want to play something almost the same, ATRIUM just recently released from Black Potion.

ATRIUM is a tile-based digital board game, where the board gets built as you go. On each turn, a player can place down a tile which you're given two at random each time and a person, with different tiles giving different benefits. Some might turn your people into a powerful character, some might give you extra points and so on. You basically play each turn, until you run out of tiles and the person who has the most territory wins. 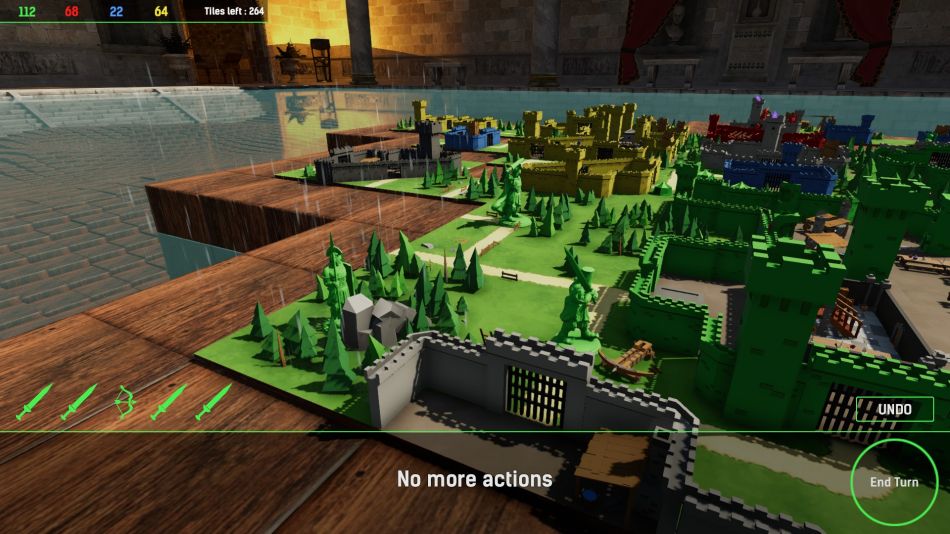 I have one pretty big complaint about it, which is the mostly useless tutorial. The English text is rough too which certainly doesn't help give me a full understanding of the rules. If it had a proper in-game guide (which all such games really should have), it would have been a lot better. I apparently won my first game, not that I had any clue how.

No online play, single-player and local co-op only. For the local co-op, it's pretty basic as you both just use the mouse and place things when it's your turn.

The biggest problem is how close to Carcassonne it seems, which the official adaption of only released on Steam back in 2017. It would have been interesting if they tried to make it more unique, as I certainly loved the idea being a fan of such games but to me it feels far too similar. If I was a developer of Carcassonne, I wouldn't be looking too kindly at this. There's being inspired by (without even mentioning it) and then there's this.

View PC info
Carcassonne :
+ A classic
+ Online play, not hard to find randos to play with
+ < 10€
- Not native (Proton works well for it)

This game :
+ Native
0 Likes
Purple Library Guy 19 Jul, 2019
I have the actual physical board game of Carcassonne. It's interesting, we play it now and then; the way it works is different enough from everything else (well, except this apparently) that I find it hard to figure out what represents good play/tactics past a very basic level. Although I usually win so I guess my basic level is still a titch higher than the rest of the family's basic level. :D
0 Likes
While you're here, please consider supporting GamingOnLinux on: