Overload is possibly the best six-degree-of-freedom shooter I've played in the past few years, sadly it has been overlooked by a lot of gamers.

It's limping on though, with a new Community Level Pack available for around £3.99. This includes nine single player levels, stitched together to form an entirely new mission. It includes progression, unlocks and a secret level. There's also twelve new challenge mode levels and online leaderboard support. 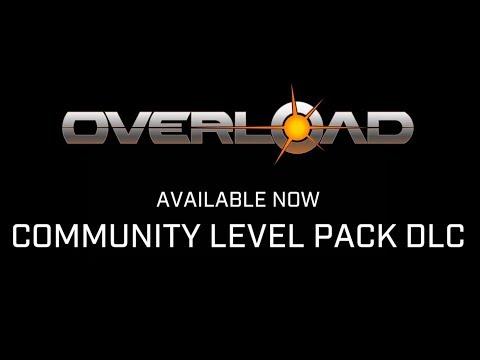 As the name suggests, it's made by members of the Overload community and they get half of the proceeds.

For a reminder, Overload was funded thanks to the help of nearly five thousand people on Kickstarter. After getting over three hundred thousand dollars back in 2016, it released in full in May 2018. Sadly, as the developer posted on Twitter, sales of it were disappointing so they couldn't do much more with it. Such a shame, I absolute love it myself.

You can find Overload and this fun sounding DLC from Humble Store, GOG and Steam.

View PC info
Nurturing fond memories of Descent 1 & 2, I bought Overload the moment it hit GoG. It's a buttery-smooth, beautiful experience, but my skills at 3DoF games just aren't what they used to be. I couldn't get my sons interested in it either, so it has been sitting collecting digital dust for months.
3 Likes, Who?

View PC info
This article had me confused because it's been released for some time already. Maybe add a little notice that it's an oopsie you probably forgot to cover? ;)
0 Likes
While you're here, please consider supporting GamingOnLinux on: