The Dota Underlords team at Valve have put out their plans for the next update which is focusing on the matchmaking.

Currently, you can either play online against others or play against bots of various levels. While it works, it's not ideal. That's changing, with online play being split into Casual and Ranked matchmaking pools.

With the next update, the new Casual mode will match you up against opponents of a similar skill level, without affecting your Rank. You can bring a friend along for the ride, gain Achievements and do Challenges. The Ranked mode is where you can only queue up by yourself, with the matchmaking based on your current Rank. To play Ranked, you will need to have first played five casual games, but they did say anyone who has played at least one online game will get it unlocked automatically. You can still earn Achievements and do Challenges in Ranked mode.

Additionally, the somewhat confusing ranking system is being replaced, to make it easier to understand. They gave this image to show how it will work: 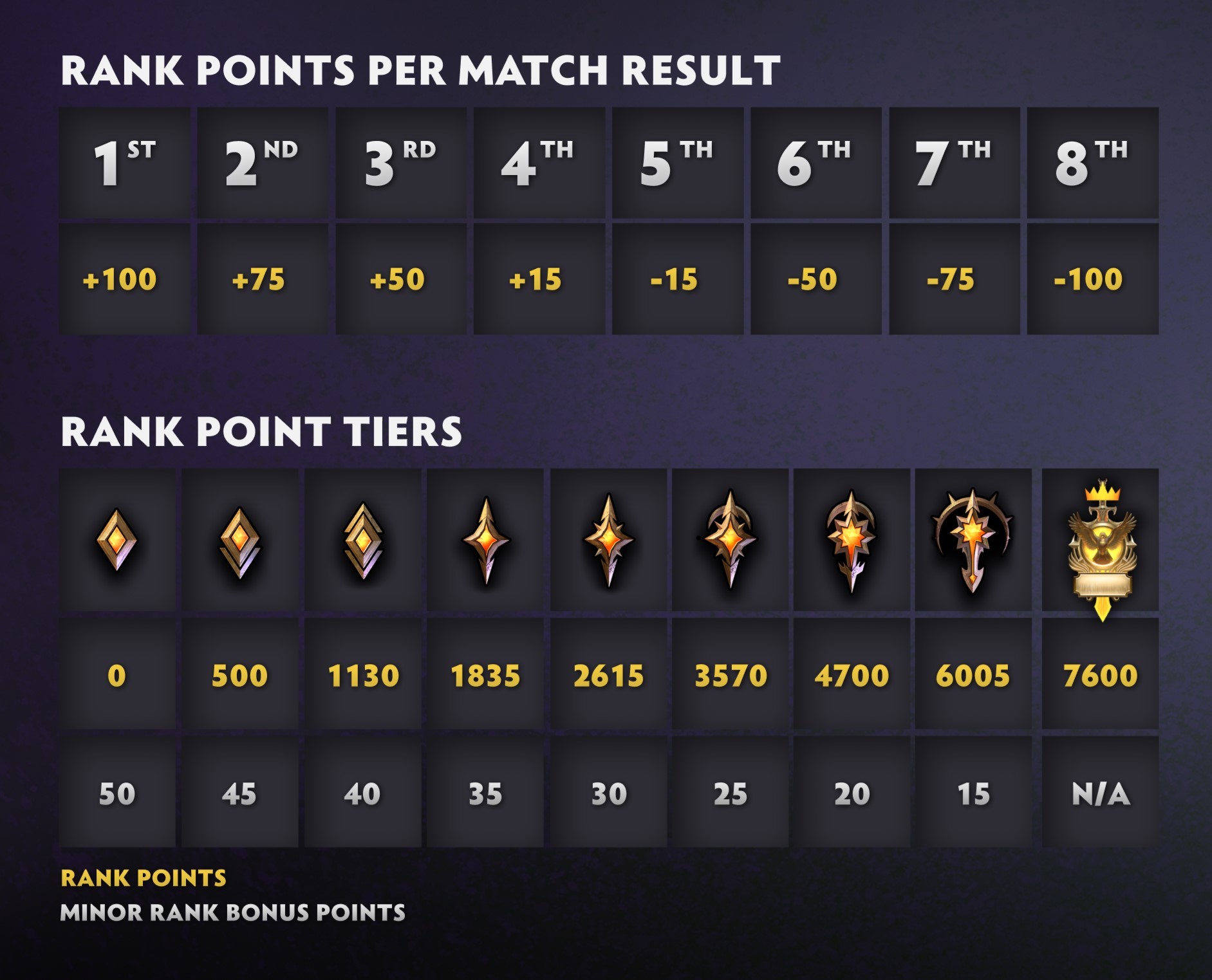 Their aim with this new system, is to make it more predictable so you know exactly what you will be getting based on where you finished in your game.

They said each Minor Rank will give you bonus points and when you hit a Major Rank, you cannot drop down to a lower Major Rank. All the details on it can be found here, to go live with the next release. Not final though of course, it's still in Early Access and may change again.

What do you think to the new system?

View PC info
It was great for me for the first two weeks. Now bores me.
You can also see a slight decrease in the number of players. A slight decline, but nevertheless recently played at the top of day about 90 thousand players. Now it's 60 thousand.
0 Likes

Quoting: DamonLinuxPLIt was great for me for the first two weeks. Now bores me.
You can also see a slight decrease in the number of players. A slight decline, but nevertheless recently played at the top of day about 90 thousand players. Now it's 60 thousand.

It's also the height of the summer in the northern hemisphere, so that may have an effect. Although it's not surprising that there'd be an initial wave of people trying it out that end up deciding it's not their thing, given it's F2P.
1 Likes, Who?
While you're here, please consider supporting GamingOnLinux on: