Today, The Khronos Group has formally announced the OpenXR 1.0 specification as an exciting step towards bringing together the various different ways of interacting with virtual reality (VR) and augmented reality (AR).

If VR/AR is to become more commonplace, a proper standard should be a big boost to developers since they could target OpenXR and have it be supported across the industry. It's gathered some pretty huge support too including Valve, AMD, NVIDIA, Epic Games, Arm, Oculus, HTC, Microsoft and more. 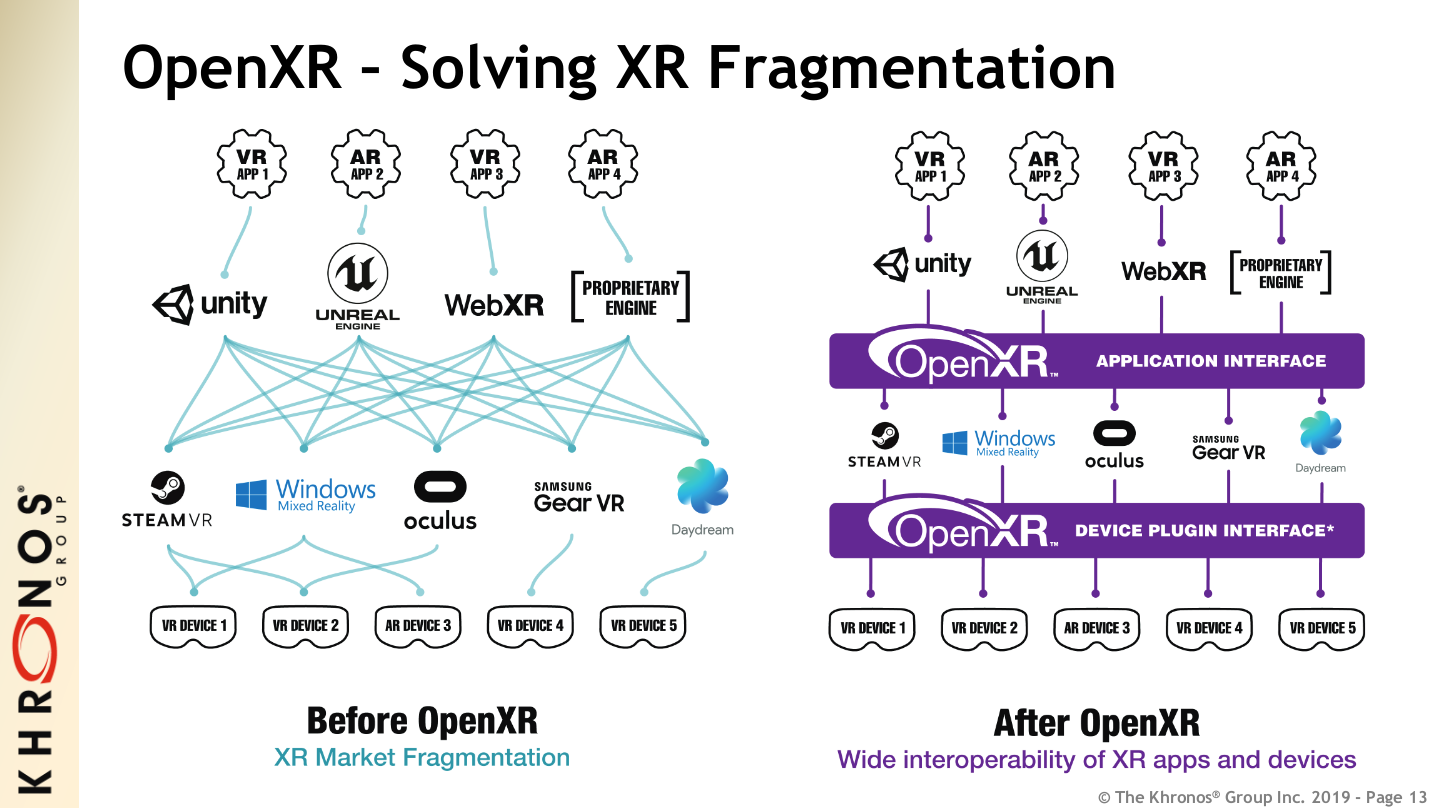 For stuff on PC that's possibly relevant to Linux gaming: Epic Games said they're planning OpenXR 1.0 support in Unreal Engine, same with Valve and supporting it with SteamVR. Additionally, Collabora have been working on Monado, an open source XR runtime for Linux.

See the full news about it here.

View PC info
Finally. Valve should replace SteamVR with OpenXR now, and should also back Monado and OpenHMD work like they do with Mesa.


Last edited by Shmerl on 29 July 2019 at 4:24 pm UTC
1 Likes, Who?
mike456 30 Jul, 2019
I gave up waiting for my Samsung Odyssey to work automagically with OpenXR on Ubuntu and sold it.
The main reason is, it got to hot to play longer than 20 minutes or so. Also low resolution. But I'll be back
mostly for flightsim probably with next generation headsets that have above fixed.
The immersion in Alien Isolation was huge fun.
0 Likes